For better or worse, Pennyworth proudly subverted narrative expectations throughout much of its first season finale. “Marianne Faithfull” saw the full force of the Raven Society unleashed on London, with the Sykes sisters holding the Queen hostage, allowing Lord Harwood to seize power from the Crown. Meanwhile, Alfred gets ready to flee the country, with some help from Bazza and Dave Boy, only to eventually discover what’s going on with the Queen. Ever the unlikely hero, Alfred once again becomes the first line of defense against the Raven Society, even when this inevitably brings him to a shocking battle against his own family.

Despite Pennyworth flirting with the idea of Alfred, Thomas and Martha fleeing to the U.S., which was perhaps the original plan to end the series in case it wasn’t a hit, Alfred does inevitably stay in the U.K. in the end, no doubt because Pennyworth has been renewed for a second season. This occurs after Alfred, Bazza and Dave Boy have to fend off some cops, believing that they’ve simply tracked down Alfred in his attempt to flee. Before long though, Alfred and his allies learn about Harwood and the Raven Society having seized power, knowledge that comes courtesy of Thomas and Martha, after their latest argument in Thomas’ apartment. Despite Thomas wanting to flee and wash his hands of the situation, he and Martha are eventually talked into helping Alfred as well, setting the stage to take the Queen back from Bet and Peggy. 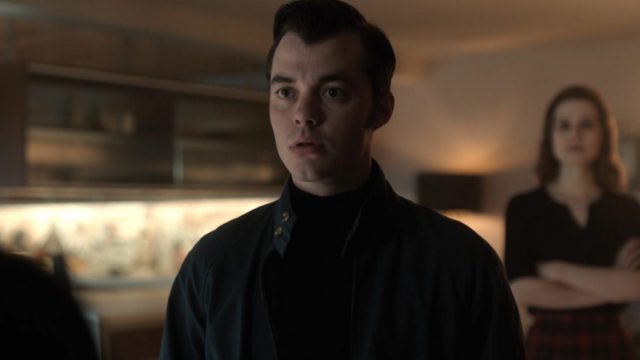 The Raven Society’s seizing of power certainly isn’t gentle either. The No Name League appears to be all but decimated at this point, which occurred astonishingly quickly! Still, it’s undeniable that the Raven Society ultimately had the better strategy, which ends with quite literally dragging Undine Thwaite out of bed, and later publicly hanging her! Even Arthur is forced to wince a bit at the sight of Undine’s corpse being strung up from a lamppost, which seemingly signals the end for the No Name League’s operations, at least until some other upstart possibly revitalizes their ranks next season. For now though, Arthur at least gets what he wants, happily celebrating Harwood’s victory, even as Alfred remains oblivious to his father’s true allegiance.

Fortunately, Alfred and his friends find plenty to keep them busy in their mission to take back the Queen, with the bunch easily finding Bet’s and Peggy’s house in the phone book, where the Queen is handily being forced into card games. Oh come on, seriously? I know that this is kind of a Gotham-style joke, poking fun at a weird oversight by some otherwise cunning villains, but neither of the Sykes sisters thought that they should take the Queen to a more out-of-the-way location? That’s pretty hard to believe! The way that Bet and Peggy are ultimately forced to surrender is also a bit lame, even if it thankfully means that neither character dies, so they can keep menacing the protagonists next season. Oh, and Dave Boy gets stabbed by a henchman that was hiding in a cupboard… Which is completely pointless, because Dave Boy is barely affected by it. Well, what was the point of that then? 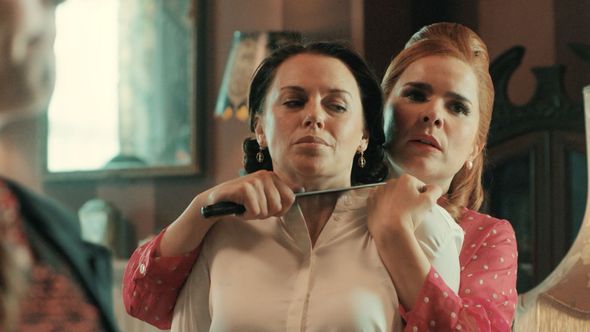 With the Queen thus reclaimed, Harwood is removed from power and thrown in the dungeons, alongside Bet, Peggy and Dr. Gaunt. The four are left to plan their next move thanks to conveniently adjacent cells though, which is where the show leaves them for the conclusion of the season. Alfred even gets to have sex with the Queen as a particularly amusing reward, even if it means that he’s once again blowing off Sandra, naturally. Alfred isn’t in the clear yet though, since Arthur ends up taking it upon himself to try and blow up the Queen, along with the Prime Minister and their entire cabinet, in one last-ditch effort to secure a victory for the Raven Society! Alfred does show up in time though, being forced to shoot his father, right before Arthur’s bomb goes off, destroying most of the estate, and leading to Alfred carrying the unconscious Queen out in the final seconds of the episode. Yeah, this is a bit of a strange way to end this episode, and Pennyworth’s debut season as a whole, weirdly glossing over Alfred having to kill his own father, not to mention the fates of the Prime Minister and his cabinet all being unknown.

Even stranger is that Thomas is shot in a drive-by shooting by some unknown assailant, while making out with Martha, but then he’s fine anyway, obviously, because we know that Thomas will eventually go on to sire the future Batman with Martha. Well, again, what was the point of that then? I guess Epix must have known that they were renewing Pennyworth by this point, because these events would all be a very bizarre, head-scratching note to end the series on otherwise. We are definitely getting a second season of Pennyworth though, where hopefully some of these mysterious teases and red herrings will start making more sense. “Marianne Faithfull” at least caps off the show’s first season on a nicely surprising note though, if sometimes a strange one, leaving both the Raven Society and the No Name League without their leaders, while also cementing Alfred as a routine hero to the British Crown. Pennyworth is no closer to building a deeper connection to Batman lore by the end of its first season, but I’m nonetheless enjoying the show as its own weird little DC side story at this point, even if some more nods to the Caped Crusader wouldn’t go amiss next season.