It took the whole of 2019 by the look of things, but Batwoman has finally delivered a highlight episode, right at the finish line. “A Mad Tea-Party” delivers significant improvements to Batwoman’s troubled narrative, landing with surprising stakes and emotion behind it, as Alice and Mouse carry out a horrible plot at Catherine’s Humanitarian Gala. With Jacob also captured, and Kate finally learning that Mouse is disguised as her father, Batwoman is on a race against the clock to prevent something terrible from happening, while being forced to definitively answer whether or not there’s any chance that her sister could be saved from the villainous outward guise of Alice.

The tightened plotting and strong focus on Kate’s and Alice’s family dynamic makes this episode a surprisingly solid midseason finale for Batwoman overall. Sure, Batwoman may still be trailing the rest of The CW’s DC dramas for now, but it at least managed to close the year out on a strong note, while setting up a very different status quo for the Kane family, as the show prepares for its Winter break, following next week’s Crisis on Infinite Earths crossover episode for Batwoman that’s scheduled for next Monday. Batwoman is barely doing anything to foreshadow the Crisis on Infinite Earths event, but we can give it some leeway on that note at least, since the show is in its debut season. Likewise, the drama shared between Kate and Alice is already pretty strong, so too many Crisis on Infinite Earths teases being shoehorned in for their own sake would have just been annoying. 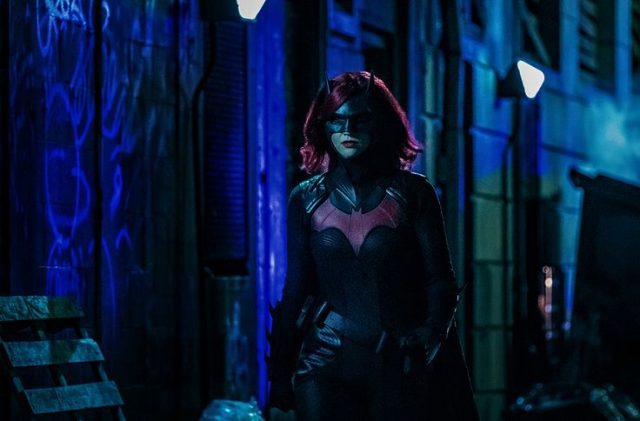 The emotional stakes behind this episode start out strong from the jump. After Kate manages to track Alice to her hideout, she learns that Alice rigged the Batsuit-penetrating gun in order to save Kate’s life. Alice nonetheless leads Kate to Jacob’s location after he’s already moved, seemingly continuing her head games, but just as much as Kate herself, the viewer will want to believe that it’s possible for Alice to be saved, and Beth to be brought out again. This is despite Alice’s and Mouse’s plan proceeding ahead as well, wherein Mouse enters Catherine’s party disguised as Jacob, with Catherine and Mary in tow, while Alice simply… Shows up there? This was one of the few questionable points of the episode, since Alice’s plan appears to be contingent on the guests somehow not recognizing one of the most wanted criminals in Gotham City at this point. Seriously, not one person tipped the GCPD off that something bad was about to go down?!

As weird as it is that Alice made no effort to hide herself, and somehow got away with it, the execution of Alice’s and Mouse’s plot still manages to be surprisingly great. I even have to admit that the fight choreography in this episode is showing some noticeable improvement, with extended tracking shots, more intense hand-to-hand movement, and a general sense of greater polish in the direction. Arrow still does hand-to-hand action scenes best among The CW’s Arrowverse lineup for now, but with that show ending next month, it’s nice to see that Batwoman is starting to become a little more committed to picking up the baton as the Arrowverse’s gritty, grounded show. Even Catherine being forced to read the gala’s hacked teleprompter, forcing her to admit to Hamilton Dynamics’ weapons profiteering, and contribution to Gotham City’s criminal element, makes for a pretty awesome moment, especially when it ends with Catherine seemingly being infected by her own neurotoxin! 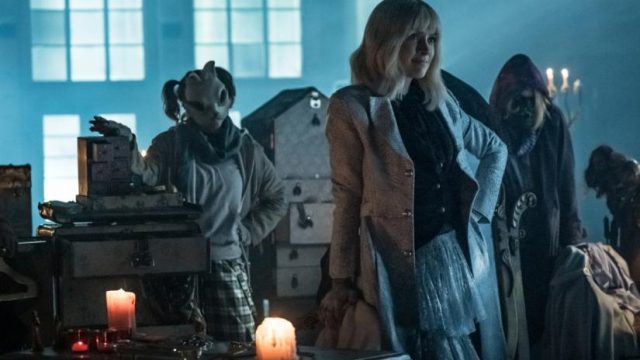 I can’t believe I’m saying this, but even Mary had a strong character moment in this midseason finale, as she’s forced to watch her mother die, while both of the Hamilton women are tormented by Alice. Apparently, Alice has an antidote to the poison afflicting Catherine, which she got from a place called Coryana, seemingly cementing the hints that the show will be featuring DC Comics villain organization, The Many Arms of Death  in the near future. That’s at least something to look forward to. The plan was initially to cure Catherine after forcing her to apologize for contributing to Beth’s abandonment, and subsequent transformation into Alice, but after Mary shows symptoms of poisoning as well, Catherine insists that her daughter drink the antidote instead. On paper, I’m a little miffed that Batwoman had the chance to kill off Mary, and chose not to (because Mary is the worst), but I’m still pleasantly surprised that Batwoman actually went all the way with Catherine’s poisoning here. In saving Mary, Catherine sacrifices her own life, and she does indeed die! It’s actually pretty ballsy for Batwoman to kill off one of its central characters in the first season, and the first season’s front portion at that. Not only that, but Jacob taking the fall for it, being framed for Mouse’s actions, is even better, leaving Kate and Jacob to decide together that Alice is beyond redemption, and must be put down.

I’m thrilled to see Batwoman finally managing to achieve some consistently good drama, even if it took all the way to the show’s first midseason finale to make that happen. Disappointingly though, it’s not all good news, since this episode is also saddled with the duty of furthering the increasingly tired and overwrought Kate/Sophie relationship drama some more. Mercifully, Kate herself at least stayed out of this subplot, but its execution is nonetheless pretty weak, yet again. After Mouse, as Jacob, knocks out Sophie and Tyler, so they won’t be a problem during Alice’s, “Mad tea-party” at Catherine’s gala, the two have to work together to escape confinement, only for an exasperated Tyler to force Sophie to admit that she’s not sure if she loves him, and probably still has feelings for Kate. Yes, years of marriage are suddenly destroyed because of a college affair. Tyler walking out on Sophie isn’t inherently a bad idea, mind you, but it’s happening way too quickly, and continues to create the feeling that this Sophie/Kate drama is incredibly forced, rather than happening organically, and at its own pace. Why even bother marrying Sophie to someone, if her spouse is just going to ditch her before Batwoman’s 2019 run is properly over? 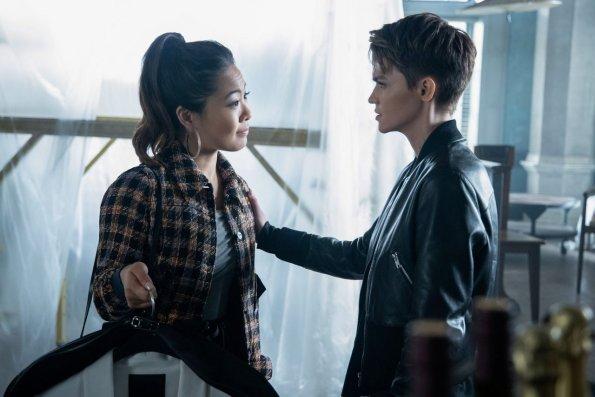 Despite the Sophie/Kate relationship still being a millstone around the show’s neck however, Batwoman managed to make good on its promise of one hell of a mad tea-party from Alice in its midseason finale. “A Mad Tea-Party” wonderfully brought Alice to the point of no return, when she murders Catherine over her childhood anguish, and leaves Mary more or less an orphan (yes, Mary is a grown-ass woman in her early 20’s, but she sure doesn’t act like it!), which, God willing, will help Mary grow up quite a lot during this season’s back portion in 2020. Kate and Jacob both resolving to end Alice should also hopefully increase the show’s drama and excitement when it returns after its Winter break, on top of leaving Kate freshly angry and reckless for the imminently-approaching Crisis on Infinite Earths crossover event that will start next week. Catherine’s murder might have been at least a little more potent if she was allowed to become a truly interesting character in the ensemble, but even if she is basically a plot device in the end, here’s hoping that the landmark event of her death will give Batwoman the opportunity it needs to stop pulling its punches in favour of stupid, girly melodrama, and forced efforts to be ‘woke’ for the kids. This episode gives us a nice taste of a better, grittier Batwoman series, and I’m hoping to see more of this slicker, darker direction when the show returns next year.