Doctor Who is in danger of entering a troubling slump for the highly inconsistent Series Twelve by this week, considering how uneven the entire season has been, and how sub-par the previous two episodes were. Even the starting portion of, “The Haunting of Villa Diodati” is yet again disappointingly dull to boot, presenting what initially appears to be a disposable return to a historical setting, one that’s starved for the better wit and entertainment value behind the superb, “Nikola Tesla’s Night of Terror” from earlier in the season. Fortunately, the second half of this episode at least manages to pick up significantly, helping to move Series Twelve toward what will hopefully be an interesting climax over the next two weeks, since so much of this season has meandered in half-baked concepts and tiresome political commentary.

As promised during the end of the previous episode, The Doctor and her companions travel to 1816 this week, in order to interact with Mary Shelley, currently unmarried and going by the name, “Mary Wollstonecraft Godwin”, right before she’s inspired to write classic novel, Frankenstein. After The Doctor and her companions arrive in a rain storm however, they’re shocked to find Mary and her friends not coming up with a story, but instead simply goofing off, without inspiration. To compound this odd change to history, Mary’s future husband, Percy Shelley is currently missing as well, having disappeared after a stroll by the lake. More mysterious still is the fact that Percy claimed to be seeing apparitions, one of which was apparently a charred figure over the water.

As much as this presents some fittingly bizarre building blocks for Doctor Who’s mystery-of-the-week, it’s nonetheless true that this early stretch of the episode is a bit of a chore to get through. Nothing of note really happens, with The Doctor and everyone else simply stumbling around the estate, as the villa appears to redirect them to the same locations. This goes on for quite some time, with Graham seeing a ghost-like woman and child, while everyone else appears to be haunted by other mysterious figures. The idle banter between Mary and her friends doesn’t really work either, never having any real bearing on the episode, and not really serving to develop their characters to any interesting degree.

Eventually though, things do get more interesting, once The Doctor discovers that the villa has been blanketed in a perception filter. This is determined after another minor historical figure, the sleepwalking and somewhat disagreeable Dr. John Polidori, accidentally wanders through a wall. This eventually allows The Doctor and several of the others to stumble across Percy, who is hiding in a cellar, initially appearing dazed and confused. In reality, Percy inadvertently ended up coming into contact with a mysterious substance called ‘Cyberium’, which was hidden in a lake, and appeared to bond with Percy, like a symbiote. Boy, the Doctor Who writing staff seems to include a few fans of Marvel Comics’ Venom, doesn’t it, especially after last year’s New Years special? Regardless, the Cyberium is crucial to a future battle for humanity, and it turns out that it’s the exact substance that Captain Jack Harkness warned the companions about during this season’s highlight episode, “Fugitive of the Judoon.” 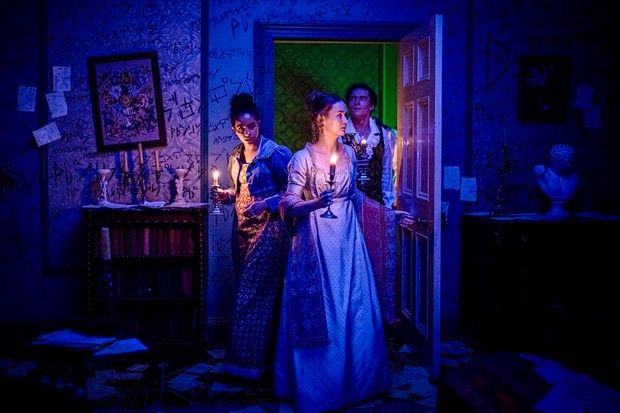 Sure enough, a ‘lone Cyberman’ comes to the villa to seek out the Cyberium around this point, whom The Doctor tries to stall, before Percy is eventually cornered. The lone Cyberman is mysteriously half-finished, and appears to retain certain elements of his humanity, revealing that his former name was, “Ashad”, and that he spared the infant son of one of the villa’s other residents. Despite this however, the Cyberman programming ultimately wins out, forcing The Doctor to decide whether to sacrifice Percy’s life, and cause irreparable damage to history, or to risk ignoring Captain Jack’s warning. This is actually a pretty cool debate, one that also makes for a subtle, but emotional nod to The Doctor’s loss of Bill Potts, back during her previous regeneration.

Inevitably though, Jack’s warning gets ignored, and this is the one point of this superior second half of events that the episode seems to botch. The storyline has to be pushed forward by The Doctor acting like a sentimental idiot here, putting the entire future at risk because she’s unwilling to risk her companions in the present, and can’t realistically determine if Percy’s death will have a truly damaging effect on history. Moreover, Ashad somehow declaring that he can destroy reality and Earth, in 1816, feels like too much of a stretch, and stinks of the writers writing themselves into a corner, since The Doctor attaining the Cyberium for herself logically should have won the day. So, Ashad gets away, those weird ghosts that Graham saw are never explained (this could possibly be a tease for the upcoming season finale, which will no doubt address The Master’s cryptic warnings about Gallifrey), and The Doctor is left to suggest her companions depart the TARDIS, which they obviously don’t do. The only choice then is to head to the future in next week’s episode, and try to stop whatever Ashad is planning. 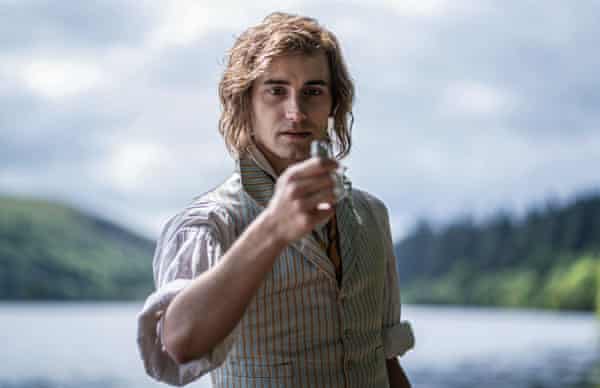 “The Haunting of Villa Diodati” takes a frustratingly long time to find its legs, but once it finally brings in the ominous warning from Captain Jack, it gels into a more engaging Doctor Who episode overall. It also would have been preferable if the show didn’t have to force an excuse for The Doctor to give up the Cyberium to Ashad, but I guess if she didn’t do that, the season would have run out of runway too early. Thus, we can at least look forward to what’s hopefully a strong conclusion to the season from here, now that only two episodes are left, and there’s more than enough promising teases for what those two episodes may entail. The fate of Series Twelve in the eyes of fans (at least, fans who aren’t determined to reject the Thirteenth Doctor on principle), will no doubt hinge heavily on these two upcoming episodes, episodes that will make or break a sophomore season for the Chris Chibnall era of Doctor Who that’s far messier than it should be.

Doctor Who 12.8: "The Haunting of Villa Diodati" Review
Doctor Who starts off slow this week, but eventually finds its footing, as the ominous 'lone Cyberman' warning finally comes into play at the Villa Diodati.
THE GOOD STUFF
THE NOT-SO-GOOD STUFF
2020-02-17
78%Overall Score
Reader Rating: (0 Votes)
0%