Well, it’s about goddamn time! After struggling throughout most of its debut season run up to this point, Batwoman finally delivered not just a good episode this week, but a genuinely great one! “Take Your Choice” wonderfully capitalized on the big twist in the fallout of the Crisis on Infinite Earths crossover event, wherein Alice’s Earth-99 doppelganger, the Beth Kane that never became Alice, started to become critically ill, alongside Earth-1’s surviving Alice. This leaves Kate having to make an impossible choice, a choice that also nicely capitalized on Batwoman taking the past two Sundays off the air, allowing the dramatic tension to soar even more in this episode.

It’s very exciting to see Batwoman finally firing on all cylinders, and I really hope that it’s not an isolated incident. Not only are Beth and Alice now both facing death, with their multiverse doppelgangers being incompatible with each other’s presence on Earth-Prime, but Jacob being incarcerated at Blackgate has now left Sophie completely in charge of the Crows, and Sophie is determined to not let Alice slip through her fingers this time! Unbeknownst to everyone however, Beth also becomes a target, since all of Gotham obviously can’t be apprised of the cosmic anomaly that placed two different Beth doppelgangers on the New Earth. This puts Kate (and by extension, Batwoman) at odds with the Crows, especially after Kate, as Batwoman, tries and fails to talk Sophie out of her aggressive plan to target and round up Alice across the city. 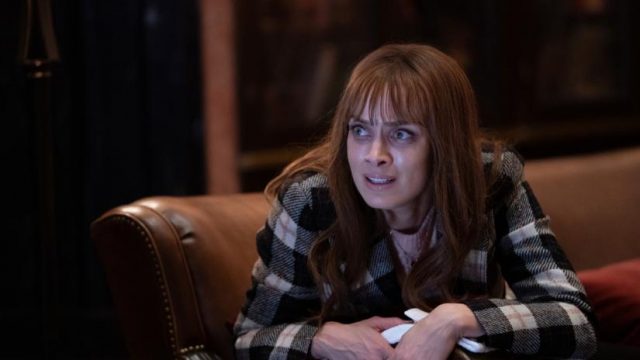 Almost this entire episode is already focused around a great conflict with the two Beth’s, but even the secondary conflicts in this episode were pretty standout, finally allowing Batwoman to properly deliver on its dramatic potential. These subplots spawn from the same turn at Blackgate as well, after Jacob manages to hire a very esteemed plastic surgeon, Dr. Ethan Campbell, to prove that he could have been framed for Catherine’s murder by the disguised Mouse, during Batwoman’s midseason finale. Shortly afterward, Jacob also ends up being attacked by Dodgson in the showers, getting shivved, knocked around, and nearly killed! Fortunately, Jacob’s inmate friend ends up intervening though, saving Jacob’s life, and claiming that he’ll soon need a favour. This not only made for an intense challenge for Jacob, but it also suggests that the Crows might soon end up having to do some real dirty work, once Jacob inevitably gets out of prison.

The truly superb twist that spawned from this storyline came later however, when Dr. Campbell follows through on visiting Mouse at Gotham General Hospital, only to cryptically address how Mouse has been living, since he seemingly betrayed his father for Alice. The implication is that Alice and Mouse must have killed August Cartwright at some point in the past, but it turns out that they weren’t as thorough as they initially believed. Yes, in a fantastic twist, Dr. Campbell is Cartwright in disguise! Apparently, Cartwright has been keeping tabs on Mouse from the shadows, while disappearing into the identity of Dr. Ethan Campbell, now being adored and celebrated in the public eye. Since Cartwright is now desperate to take revenge on Alice for corrupting his son as well, he forces Mouse to spill Alice’s apparent whereabouts, after Alice pays Mouse a visit, and learns of her displaced doppelganger from Mouse’s confused testimony.

Mouse divulging the info on Alice’s doppelganger inevitably leads to a heated confrontation at Wayne Tower as well, where Mary and Luke scramble to find a way to save Beth, only to realize the truth that Beth and Alice are making each other sick, due to being two doppelgangers that shouldn’t exist together on Earth-Prime. Alice subsequently gets away after Luke demands that Kate tend to Beth, which is the one point of this episode that was pretty head-scratching, since Alice getting away inevitably leads to more problems later. What the hell is Kate supposed to do for Beth while she has a migraine anyway?! Clearly, this was a transparent excuse to get Alice to stumble into Mary’s clinic, whereupon she deduces that Mary’s blood has an antidote that can stabilize her long enough to outlive the other Beth. Fortunately however, Mary gets away after handcuffing Alice to a bed during a subsequent scuffle, taking the news to Kate in turn, along with a life-saving syringe of her blood.

This sets up a very thrilling climax for the episode, despite it not involving any actual combat. At this point, the Crows have surrounded Wayne Tower, operating on a fake tip from Alice, and Kate has to hurriedly decide which incarnation of Beth to save. Initially, it seems like Kate is going to save Alice as well, to resolve her former childhood demons, though in the end, she does the sensible thing, and saves the Beth of Earth-99, instead merely comforting Alice during her dying moments. Luke gets away with Beth meanwhile, almost getting her to safety… Until Beth is suddenly sniped by Cartwright, believing her to be Alice! Sophie happens to witness the shot, but at this point, it’s too late. Beth dies in Luke’s arms, and making matters even worse is that Alice is now the surviving Beth doppelganger, and she responds by angrily knocking Kate out, after witnessing that Kate would leave her to die! This twist was made all the better after a brief return for Catherine by hallucination as well, taunting Alice, and claiming that Kate will never choose her. I guess ‘Catherine’ turned out to be correct in the end, and this will mean a freshly furious Alice soon being released on Gotham City!

“Take Your Choice” is such an incredible breath of fresh air for the struggling Batwoman, a new series that’s had a frustrating amount of trouble finding its place in The CW’s increasingly crowded Arrowverse canon. Finally though, Batwoman delivers a real highlight episode, one filled with lots of cool twists and turns, and one that keeps capitalizing well on the fallout from Crisis on Infinite Earths. Kate’s decisions found some very unexpected ways to haunt her here, thanks to the well-timed re-introduction of the disguised Augustus Cartwright, who ultimately costs Earth-99’s Beth her life, and ensures that Alice is the sole surviving Beth Kane of DC’s live-action multiverse, at least as far as we’ve seen. This is no doubt bad news for Kate and for Gotham at large, now that Kate’s fateful choice has showed Alice that Kate’s not willing to save her, and that effectively gives Alice no real reason to pull her punches anymore.

Batwoman 1.12: "Take Your Choice" Review
Batwoman finally delivers a truly superb episode this week, as Kate must choose a sister to save, while a dangerous threat re-emerges in Gotham.
THE GOOD STUFF
THE NOT-SO-GOOD STUFF
2020-02-19
90%Overall Score
Reader Rating: (0 Votes)
0%