After taking a few weeks off the air, Supergirl finally returns to present the second half of its Toyman-themed storyline this week, in the aptly-titled, “Back From the Future – Part 2.” As teased at the end of the first half to this two-part storyline, Winn’s evil doppelganger has survived as an A.I., and has since infiltrated the DEO’s defenses, in turn wreaking havoc on their operation. At the same time, Lex moves to secure an alliance between Obsidian North and LuthorCorp, right when the Obsidian Platinum VR lenses begin to present a critical issue for Andrea, threatening to disturb the technology’s imminent public launch.

This is a Supergirl episode that’s filled with no shortage of drama, as it also moves to resolve Winn’s ongoing Toyman trauma, before he has to return to the 30th Century, and re-join the Legion of Super-Heroes. Despite several initially promising conflicts however, “Back From the Future – Part 2” can’t quite keep pace with the first half of this storyline, due to an overly dry and tedious core plot, which seems more concerned with finger-wagging and soapboxing about technology dependence, rather than properly spinning a fully fleshed-out storyline for Winn’s temporary return to the show. Thankfully, the Luthor siblings do pick up some of the slack in their subplots, but considering this episode’s promising idea behind revamping Toyman for the Arrowverse, the idea ends up falling flat when not much of interest is ultimately derived from it.

This core storyline starts out well enough at least, as the DEO’s resources are all compromised by Winn’s doppelganger, leaving the DEO defenseless, and having all of their technology turned against them. This also results in the DEO becoming infested with killer flying monkeys, and other Toyman gadgets that are inexplicably lying around, necessitating that Kara and Alex join Winn and Brainy in an effort to root out the technological threat. This has some interesting moments of tension, but for the most part, it’s infuriating that this episode has Kara and Alex worrying more about their political ideals than actually rooting out a clear and present threat, especially when their response to the Toyman attack is to massively overreact, and permanently remove any and all vulnerable technology at the DEO. Well, that seems just a little bit myopic, don’t you think? Have these two never heard of a firmware update?!

Fortunately, a better conflict is eventually presented towards this episode’s climax, wherein Winn discovers that his late father has somehow survived in his doppelganger’s code, begging to be set free from isolation, so he can help solve the problem. This does present a decent opportunity for Winn to battle and defeat his doppelganger in cyberspace, as well as resolving his lingering anguish over his father, but this resolution to Winn’s conflict just isn’t all it could have been. Winn’s character being gone from the show for a couple of seasons hurts the potential dramatic impact that Winn finally moving past his demons could have represented. Not only that, but the technology debate on Supergirl really doesn’t work when the show’s technology has become so blatantly absurd and comic book-y. It would be fine if the show just embraced that, but when it tries to draw parallels between its fantastical tech, and the tech driving the real world, the show just ends up looking foolish and juvenile, as it’s too often inclined to do. 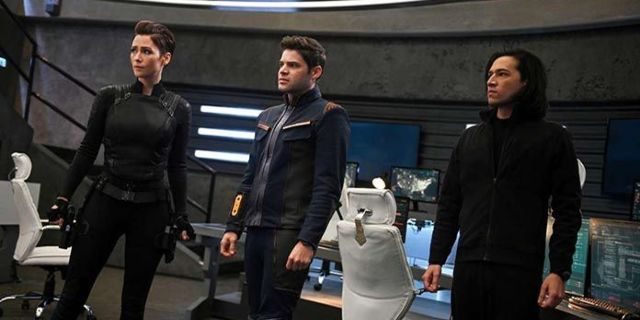 Like I said though, the developments with the Luthor siblings at least worked a little better here, as Lex continues to apply pressure to Brainy, in order to realize his plans at the DEO. Even then though, it’s Lena that ends up carrying the bulk of the Luthor-themed storytelling in this episode, when she proposes an alliance to help Andrea fix a critical problem with her tech, an alliance that Andrea rejects. This promising conflict is yet another instance of the show becoming too absurd for the technological cautionary tale to land though, since Andrea’s problem is related to people being able to derive nutrition from VR contact lenses, which is an idea that goes beyond science-fiction, and just feels like pure fantasy. Regardless, Lex intervenes and forges the corporate alliance through Gemma/Gamemnae, who is revealed to be… Gamemnae at the end of the episode. Yeah, we knew that, Supergirl. Still, it was cool to see Lena being the one to sabotage Andrea’s tech after the inevitable Luthor intervention, not Lex, who had his own issues to deal with this week.

Those issues involved exploiting Brainy to keep getting a foothold against Leviathan, like I said. Alex catching Brainy manipulating her code for Lex’s ends, possibly intentionally, since it seems unlikely that Brainy would make such a sloppy mistake, is a cool turn at least, especially when it culminates with Alex quitting the DEO, and Lex promoting Brainy as DEO director in her place. Yes, once again, Supergirl is undermining its ‘tough’ human character by making her look like an emotionally frail simpleton, but I won’t get too angry about this, because I actually welcome the change in this case. The DEO is generally a lot less trustworthy in DC Comics lore, so Brainy becoming a mole for Team Supergirl, while the DEO continues to fall under Lex’s rule, all feels like it could pay off with better storylines down the road. I’m also interested to see Alex and J’onn properly re-team at J’onn’s detective agency too, something that I hope can help redeem Alex’s character a little bit, since she’s been one of the less effective characters so far this season, with her role at the DEO definitely having outlived its usefulness in the show’s narrative by this point. 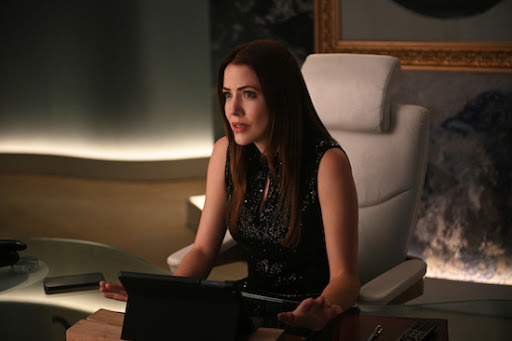 Finally, Kara initially accepts a date with William here, then rejects him before said date, because she has to lie about her identity, and honestly, I don’t care. This season has had such a hard time figuring out what to do with William so far, and I don’t know why he’s even here, frankly, other than giving Kara yet another difficult new love interest that may or may not stick. Most of all though, “Back From the Future – Part 2” didn’t manage to utilize Winn’s temporary return to the series as well as the first half of this storyline did, leaving Winn overcoming the tainted legacy of his father to not land with all of the impact that it could have. On top of that, Supergirl is yet again spending too much time on a juvenile, insipid political soapbox, when it should be focusing more on telling a good story first and foremost. As I’ve said in some of my Doctor Who reviews from this TV season, even if your themes are correct and your message is noble (and neither feel true in the case of Supergirl’s increasingly bizarre anti-tech themes), no one is going to care about what an episode has to say if the storytelling and characterization is bad. On the bright side though, next week will mark the 100th episode of Supergirl, and a promising return for a shape-shifted Mr. Mxyzptlk should hopefully move the show back to embracing its more fun and fantastical side.

Supergirl 5.12: "Back From the Future - Part Two" Review
Supergirl returns to wrap up its two-part Winn storyline this week, though the second half of Winn's return is a lot less interesting than the first half.
THE GOOD STUFF
THE NOT-SO-GOOD STUFF
2020-02-19
73%Overall Score
Reader Rating: (0 Votes)
0%