Doctor Who started to build up to the long-teased climax of Series Twelve last week, and in this week’s episode, the two-part season finale story arc fully begins. Now that Ashad has gotten away with the Cyberium, and the future of humanity is now being threatened by complete domination at the hands of the Cybermen, “Ascension of the Cybermen” sees The Doctor and her companions continuing to chase the, “Lone Cyberman” that Captain Jack Harkness warned them about. Their chase ends up bringing the quartet to the future, where they end up teaming with the last fragments of mankind, in a desperate effort to avert the ‘Cyber Wars’, and preserve humanity’s future.

This certainly sets Doctor Who up for an incredibly exciting climactic arc for Series Twelve, and fortunately, the show really delivers in this episode! “Ascension of the Cybermen” is a pretty breathless thrill ride from start to finish, as we see right from the jump that The Doctor’s usual anti-Cyberman defenses don’t work against the new breed of Cybermen. This naturally leaves the surviving humans scrambling to flee their battered settlement. During this early chaos however, The Doctor tries to lure Ashad and the Cybermen away from the others, only to have Ryan also separated from the fleeing humans, with Graham and Yas successfully getting away, while Ryan ends up being stuck with The Doctor. 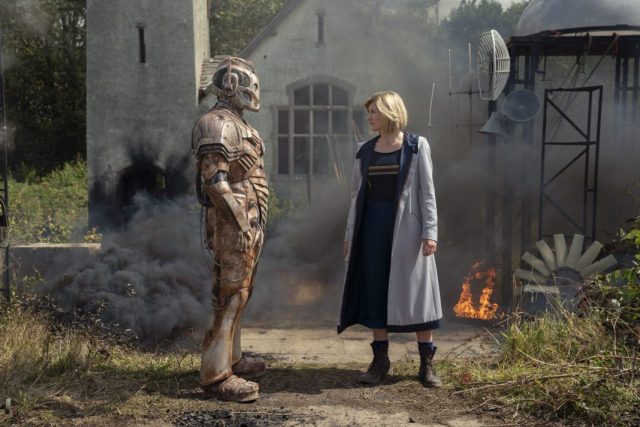 This makes for another interesting strategy through which to separate The Doctor and her companions into their own separate storylines. Both parties are nonetheless headed to the same destination though, namely a place called, “Ko Sharmus.” Well, it’s initially believed to be a place. Turns out that ‘Ko Sharmus’ is actually a person, a last survivor who guards a galactic boundary, one that can spawn a portal that sends anyone who enters it into a random place in the universe. This would be a logical way to escape the Cybermen, but the path to Ko Sharmus is far from straight. As it happens, the ship that Graham, Yas and several other survivors got away on has no power anymore, and The Doctor, Ryan and their own ally can only get away by hotwiring a Cyberman ship!

This provides a strong way to show off the separate ingenuity of the humans, with The Doctor herself surprisingly taking a backseat for most of this episode, and being more of a navigator than an active saviour, with the passing exception of eventually landing the stolen Cyberman craft near Ko Sharmus, anyway. Truth be told, it’s actually the Graham/Yas storyline that feels most immediately engaging, since Graham and Yas have to put their heads together to get their de-powered ship onto a dormant Cyberman carrier, which is packed to the gills with Cybermen that are awaiting orders! This also provides a great way to appreciate the sheer scope behind the war that The Doctor has triggered by giving the Cyberium up to Ashad. So much for that plan so far, eh?

All the while, this episode also gets periodically interrupted by strange flashbacks related to someone named Brendon, who is found as an abandoned baby in Ireland, and adopted by a kindly couple. Brendon lives a good life as a police officer, and eventually retires, but upon doing so, un-aged versions of his father and boss eventually take him into a back room, seemingly to experiment on him. It’s a weird and occasionally intrusive subplot that doesn’t really explain itself well, and doesn’t fit very smoothly with the rest of the episode, if I’m being honest. I imagine that this has something to do with the events of next week’s season finale, but regardless, the tease of Brendon apparently being invincible, having survived a bullet and a fall off a cliff at one point in his police career, is at least interesting. I have no idea who this character is supposed to be at this point though, nor why I should care.

In any case, when everyone starts closing in around Ko Sharmus, with The Doctor’s crew successfully landing and seeing the portal, and Graham and Yas being cornered with the other survivors after Ashad gets onto their ship, the episode starts moving towards setting up next week’s final episode for Series Twelve. Ashad starts delivering on a promise of, “Ascension”, as he wakes up numerous Cybermen, while Graham’s and Yas’ crew are helpless to move or escape. On Ko Sharmus’ planet meanwhile, Gallifrey is seen at the boundary portal, and not long afterward, none other than The Master leaps out! The Master then taunts The Doctor some more, telling her to be afraid, because very soon, nothing will ever be the same. It was inevitable that The Master would eventually make his big return this season, and sure enough, he’s present and accounted for in time for next week’s season finale. Something tells me that it’s going to be a really big one too, finally paying off the pressing mystery with Gallifrey, and why The Master was so distraught about what he learned there that he had to lay waste to the planet. 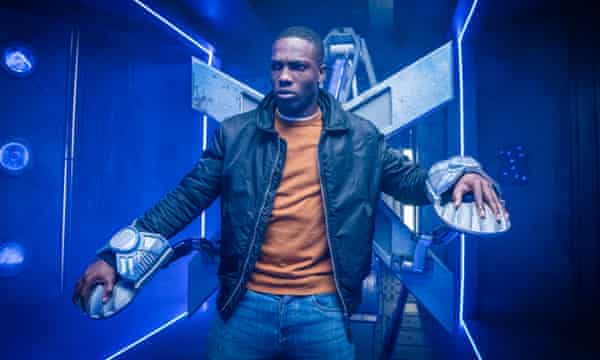 “Ascension of the Cybermen” is an incredibly exciting Doctor Who episode, one that expertly keeps building momentum for Series Twelve’s climax. That’s great to see, since this rather uneven season really needs to stick the landing in order to make the journey feel truly worth it. We still have next week’s season finale left before we can fully decide whether or not Series Twelve avoids being an ultimate disappointment, but so far, this episode is a great sign that the season’s big payoff will be a strong one. Then again, “Spyfall, Part 1” was a positively brilliant episode to start the season on as well, before, “Spyfall, Part 2” ended up falling short as a disappointing resolution to an initially exciting mystery. Hopefully, the last episode of Series Twelve can avoid that same fate next week. Either way, the stage is impeccably set for another truly spectacular confrontation with the Cybermen in Doctor Who’s upcoming season finale, one that will have ramifications for humanity as a whole, and that’s before considering whatever dirty secrets The Master is about to spill to The Doctor as well!

Doctor Who 12.9: "Ascension of the Cybermen" Review
Doctor Who kicks off a breathless and exciting climactic season arc this week, as The Doctor and her companions struggle against humankind's losing battle with the Cybermen.
THE GOOD STUFF
THE NOT-SO-GOOD STUFF
2020-02-24
92%Overall Score
Reader Rating: (0 Votes)
0%