Black Lightning is kicking off its climactic Season Three story pod this week, as Markovia makes its final stand against Freeland, and Jefferson and his allies discover the true depth of the metahuman development conspiracy that’s facing their city. “The Book of War: Chapter One: Homecoming” starts off as predictably feeling like the calm before the storm, as Markovia mobilizes in the background, and the heroes regroup after their successful mission to rescue Lynn and Dr. Jace. At the same time, Lady Eve makes her own big move in Freeland, which Lala gets caught up in very quickly.

There are a lot of ongoing story arcs that Black Lightning has to resolve before its third season comes to a close in a couple of weeks, but fortunately, “The Book of War: Chapter One: Homecoming” manages to bring the season toward a climax pretty effectively. There are a few story arcs that remain lost in the shuffle here, but there’s also some great promise for Season Three’s ultimate conclusion, as well as the story direction for the already-confirmed Season Four. That being said, this episode of Black Lightning was often at its best when it didn’t focus on Markovia, and instead focused on the ongoing drama with the Pierce family, as well as the budding team of Outsiders. 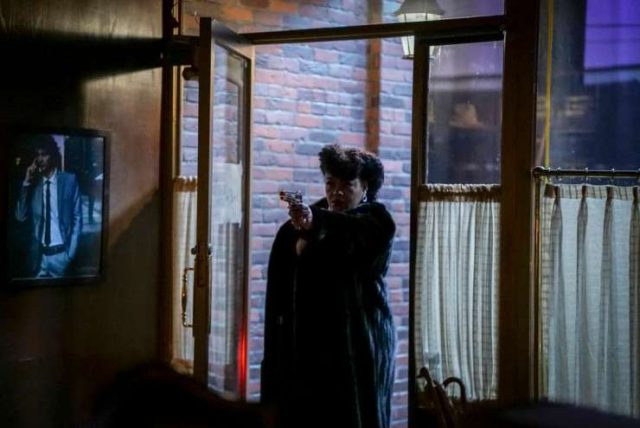 The Pierce’s themselves got a bit of a mix in story quality here nonetheless, but they definitely had a nice moment over the dinner table together, to start things off. Here, the entire family comes clean about their secrets, with Lynn admitting that she still can’t completely fight her drug addiction, and Jennifer revealing that she used to work for Odell, and likely killed Markovian soldiers at the data farm that she blew up. Anissa could only offer the paltry ‘secret’ that she thinks Grace may be the one, but it was funny that Jefferson’s big secret is that he participated in the Crisis on Infinite Earths crossover event, and watched numerous universes die, before Earth-Prime was born. I guess that’s something of a nod to Black Lightning now inhabiting the Arrowverse, for the first time since this show’s midseason premiere, but I imagine we’ll be waiting for next season before we see any more links to The CW’s other ongoing DC dramas.

There were also a few interesting narrative bombs dropped with other characters, most notably with Brandon, who has to yet again avoid the urge to kill Dr. Jace as justice for his dead mother. After Jennifer has to restrain Brandon and prevent him from doing so, Dr. Jace lets slip that Brandon’s father may still be alive, and may possess similar powers as his son. Again, it would be a little strange if Brandon’s father is Brion Markov, a la the Geo-Force from DC Comics lore, considering that Markov showed up as a non-powered scientist on Arrow during its first season, but maybe Black Lightning is hoping that Arrowverse enthusiasts don’t remember that. Either way, it’s an interesting tease. 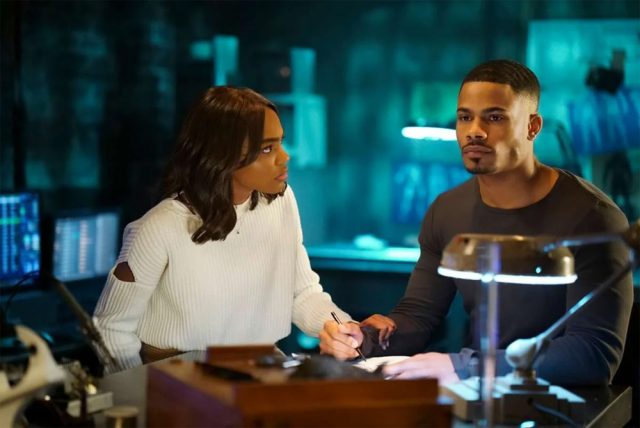 Less effective on the Outsiders’ story end is Khalil, who is once again stuck struggling with his inner Painkiller demons, which eventually lead to him choking out Jennifer. TC and Khalil himself manage to eventually fight off Painkiller, restoring the ‘good’ Khalil to lucidity, but this motivates Jennifer to once again dump Khalil, saying that she can’t love a weapon. Oh, come on, seriously? This is very frustrating, because it has the Jennifer/Khalil romance sinking to the level of the Anissa/Grace romance, namely by constantly dragging itself out, and going in the same circle of trite drama. At least the show seems to have cooled down with the Anissa/Grace relationship drama though, even if these two characters, alongside Jefferson, didn’t have a whole lot of note to do in this episode, beyond very quickly smacking some Markovians around in South Freeland.

Fortunately, Lady Eve was another big story highlight this week, as she seemingly moves to earn her place as the new biggest villain to come for Freeland. While Black Lightning’s crew and the ASA are busy fighting Markovia’s forces, Lady Eve summons Lala to her brothel, after eavesdropping on Lala’s lieutenant, and learning about Tobias’ briefcase. With Tobias in the wind, Lady Eve can then dominate Lala with her own code words, revealing that Lady Eve was behind Lala’s resurrection and conditioning from the get-go, and that Tobias has actually been using her technology with Lala the whole time! That’s quite a twist, and one that once again puts Lady Eve at the top of Freeland’s list of criminal threats, just in time for the climax of Black Lightning’s current season. The brief, but noteworthy confrontation between Lady Eve and Gambi is pretty good too, as the two decide to end their feud, complete with Lady Eve giving the briefcase to Gambi as a gesture of good faith. This allows Gambi, and by extension, Jefferson and Lynn, to learn that Gravedigger is actually the first metahuman in Earth-Prime’s recorded history, and that the U.S. government has been behind metahuman experiments in Markovia, and later in Freeland, since WWII! 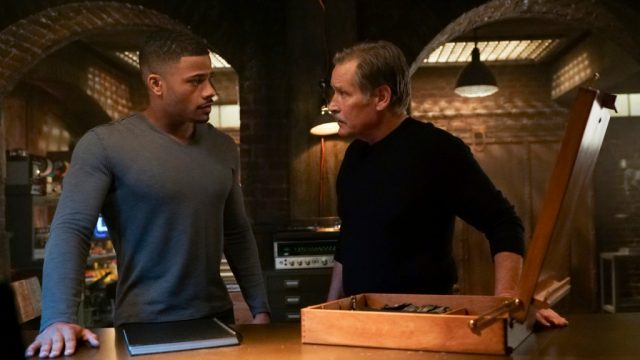 This is a bit of a retcon for the Arrowverse’s metahuman history, which was first established on The Flash, no doubt another wrinkle from the altered backstory of Earth-Prime versus Earth-1. Even so, this turn effectively puts Gravedigger into the role of Season Three’s big bad, complete with the temporary metahuman power serum that Lynn left behind in Markovia. Sure, there may have been some less interesting subplots in, “The Book of War: Chapter One: Homecoming”, but Black Lightning does so far appear to be heading to a promising climax for its current season. The big twists with Lady Eve, Gravedigger and Brandon are all pretty great, and while the Khalil/Jennifer romance hits a pretty unnecessary speed bump, it’s exciting to see Markovia making their first steps into South Freeland, even if this brief action moment feels heavily overshadowed by the rest of this episode’s heavy drama. The true fight against Markovia may still be ahead, but the regrouping effort with the heroes and villains of Black Lightning alike feels satisfying, tying up some necessary loose story ends, before the show’s third season wraps up on what’s hopefully an exciting battle for Freeland.