Batwoman has effectively settled into a strong, gritty groove over the past few weeks. That makes it even harder to see the series finally get hit by the unscheduled television hiatuses caused by the ongoing COVID-19 pandemic, with the Batwoman episode planned for next week now being indefinitely postponed. Fortunately, as with last week’s unscheduled stopping point on Legends of Tomorrow, if not so much The Flash, “Through the Looking-Glass” actually proves to be an excellent unscheduled stopping point for Batwoman, not just because it’s a highlight episode for the show’s formerly struggling debut season, but because its ultimate payoff promises huge implications for the series and its lead ensemble.

That’s no small feat when you consider how the previous episode of Batwoman ended as well. Kate had accidentally killed August Cartwright in a fit of rage, and now, the Kane family has to have some awkward ‘bonding’ time while disposing of the body. After Cartwright is finally buried, Alice temporarily disappears as well, only to find that the Wonderland Gang has seemingly been butchered by Alice’s mysterious ‘friend’ from Coryana. This forces Alice to once again seek Kate’s help, while continuing to hide the mounting evidence that the Many Arms of Death, Coryana’s deadly terrorist/arms dealer organization from DC Comics lore, are about to make their debut in the Arrowverse. That’s another thing that stings about having to wait longer for more Batwoman episodes, especially when the series is starting to really improve now.

Regardless, Kate and Alice make a deal to reunite Alice with Mouse, who is eventually apprehended by the Crows, and sent to Arkham Asylum. The idea of Kate and Alice having to team up on a tense mission into Arkham is awesome, and it definitely pays plenty of story dividends. Even better is that this core storyline didn’t end up being disturbed by a series of busy developments among the other lead characters, particularly as an overall conspiracy within Gotham City begins to come into focus. This is no doubt also linked to the Many Arms of Death, but Kate and Alice are so far removed from that mystery at this point, even if the trade-off is that Alice now gets to keep pestering Kate about how alike they are. This is the one annoyance in an otherwise superb Batwoman episode, since the villain claiming to be the same as the hero in superhero media is a tired, overdone cliche, and frankly, the complex relationship between Kate and Alice deserves better than that.

Fortunately, Kate’s struggles against her own killer instinct make for much better story material, with Batwoman in turn also becoming increasingly unhinged and unpredictable while trying to deal with criminals. Had the episode focused entirely on Kate’s own internal demons, rather than trying to dig up the old ‘you’re just like the villain and won’t admit it’ cliche, it might have been a completely airtight character plot. Still, the payoff to this storyline is nonetheless fantastic, with a suspenseful and thrilling break-in at Arkham eventually leading to Kate shutting her sister in with Mouse. Apparently, Kate conspired with Jacob to have Alice apprehended the whole time, despite Alice being honest, and following through on her word to Kate about non-lethal force in this case. This was an excellent tragic irony that has Kate once again betray Alice when she’s at her most vulnerable, presenting another means through which these star-crossed sisters will inevitably continue to be at war with each other, even as Alice is left to currently languish in a cell at Arkham. 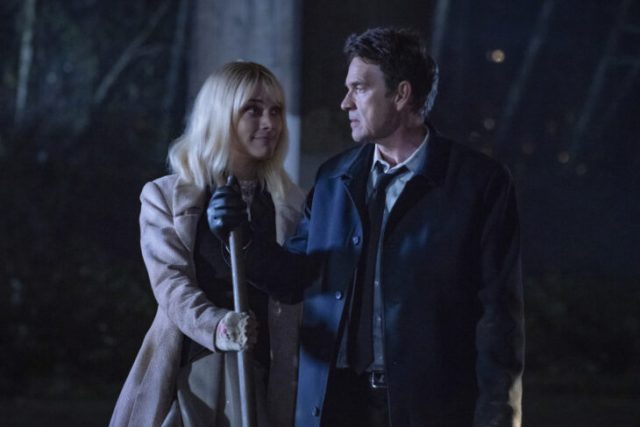 The subplots in this episode were equally strong as well, especially as they start bringing an overall season arc for Batwoman into focus. These events get kicked off with two subplots most notably, the first involving Luke having to attend the retrial hearing for the man who was convicted of killing his father, and the second involving Sophie investigating the tampered Crows evidence at the Sip&Dash, only to find the owner dead, and herself nearly on the receiving end of a sniper’s bullet! Fortunately, Julia Pennyworth returns to save Sophie from trouble, on account of their shared connection to Kate. The meeting between Sophie and Julia does little more than get Sophie to a safe house at this point, but it does present some great team-up prospects between herself and Julia, even if we’ll have to wait longer than planned to see them.

Luke, meanwhile, got some welcome support from Mary in court, and headlines his own standout sequence of events, particularly when he goes to confront his father’s supposed killer on the street. This is another instance of Batwoman actually leveraging its social justice flavouring in a smart way, as Luke is forced to confront the likelihood that the man is innocent, and was likely framed because he fit a profile that would make him merely look like a credible murderer to a jury. This turn becomes even more tragic when the guy is shot dead by another sniper to boot, one that’s eventually taken out by Jacob before he can be interrogated. Clearly, there’s a conspiracy afoot, with the murder of Lucius Fox being at the center of it. Could this have anything to do with Batman’s disappearance? It’s not hard to believe, considering that the murder of one of his closest confidantes and liaisons at Wayne Enterprises could very easily send Bruce Wayne on a vendetta to round up whoever’s responsible, at any cost. 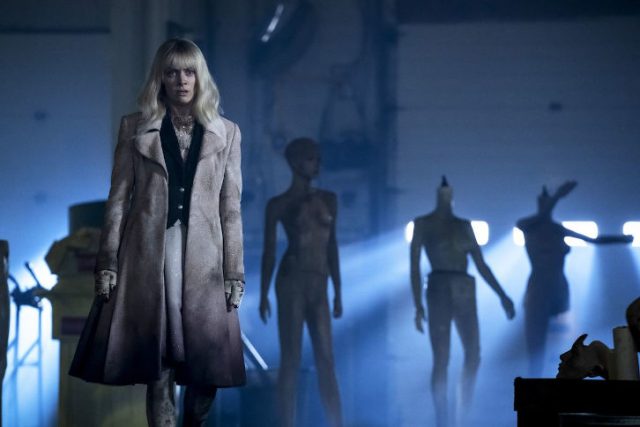 Batwoman has never been more cool or interesting than it is right now, and I’m very happy to see the show finally find its footing after so many weak early episodes. It may be too little, too late for some Batman Family/DC fans, but in my opinion, better late than never for Batwoman to start becoming legitimately good. “Through the Looking-Glass” continues to build very well off of Kate’s accidental murder of Cartwright, while in turn mostly pushing forward the increasing layers of irony and tragedy between Kate and Alice. At the same time, the Many Arms of Death are likely stepping up their agenda with Gotham, particularly now that events from earlier in the series are now renewing interest in the killing of Lucius Fox. This promises to have Batwoman’s entire ensemble of leads in its orbit, hopefully bringing the series to a strong first season climax!… Eventually. At this point, we don’t know when Batwoman will return to the airwaves, and we can only hope it’s sooner rather than later. It certainly adds insult to injury that COVID-19 has temporarily benched Batwoman, immediately after it’s started to deliver some of the most currently compelling storytelling in the Arrowverse.