The Flash has officially had its current season cut short, due to the ongoing COVID-19 pandemic. This is unsurprising, since news also recently broke that sibling series, Batwoman will end two episodes shy of its planned 22-episode season order. The Flash, however, is at an even greater potential disadvantage for its now-shortened sixth season. The show now has to stop on next week’s nineteenth episode, before The Flash gives up its time slot to The CW’s encore airings of DC Universe’s Stargirl, which, at this point, seems to be the only way that us Canadians can reliably watch that series, without hacking our way into a DC Universe account by using a VPN. Indeed, DC’s television shows are in a bit of a mess right now, especially here in Canada, where only DC Universe’s animated adult sitcom, Harley Quinn, which airs on Adult Swim here in the Great White North, has been completely unaffected by the pandemic at this point.

This unplanned shortening of The Flash’s current season means we have much less time to properly wrap up the battle against Eva McCulloch/Mirror Master II, assuming that doesn’t just end up spilling into The Flash’s already-confirmed seventh season, whenever that can enter production. Worse still is that, “Pay the Piper” completely moves away from the ongoing fight against Eva, in favour of a side plot that deals with the return of Godspeed. Godspeed is very clearly meant to foreshadow a huge threat for next season, but yet again, he’s just a boring, unimpressive villain here, adding insult to injury that the season has been shortened, only to once again subject us to this dull Godspeed plotline this week. If there is one major upside to this episode however, it’s that it marks the proper return of one of the The Flash’s better antagonists, with Hartley Rathaway/Pied Piper finally getting a chance to fully catch up with Team Flash on Earth-Prime. 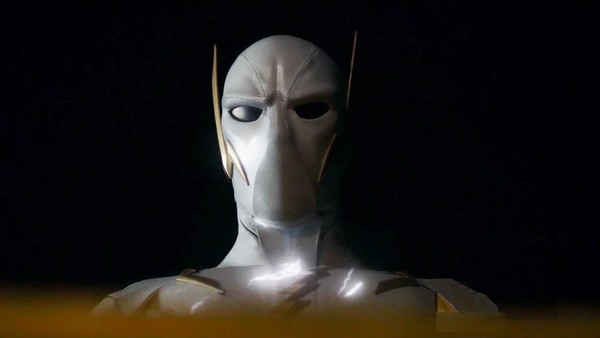 The proper return of Pied Piper is long overdue, considering that he’s one of the biggest recurring Flash enemies in DC Comics lore, yet has barely had much of a presence on The Flash in years. After Godspeed invades S.T.A.R. Labs, demanding that Barry turn over his remaining speed, Barry and the rest of Team Flash are forced to seek the help of their old frenemy, Hartley, who now once again hates The Flash on Earth-Prime. As it turns out, during their battle on the dam so many seasons ago, Earth-Prime’s revised history now has Barry battling several henchmen of Pied Piper, not just Pied Piper himself, eventually resulting in Hartley’s right-hand man being accidentally de-stabilized, after Barry throws lightning at a concussive blast. This renders the guy’s molecules unstable, forcing him into confinement at Mercury Labs, which at least partially explains why Earth-Prime’s Pied Piper now has a burning hatred for Barry and his friends once again.

Considering that Pied Piper is one of the most high-profile homosexual characters in the DC Universe, and on this show, you can potentially see where this plot is going from a mile away. Still, even if the reveal that the man who was destabilized is actually Hartley’s boyfriend should be obvious to just about anyone, Hartley’s return to the series is nonetheless a pretty great one. Hartley’s sarcastic, dismissive demeanour actually ends up working very well with an increasingly fractured and aggravated Team Flash, who have now lost several of their members to Eva’s scheming. You don’t actually see Eva in this episode, outside of a brief epilogue that confirms she’s about to come for her husband, but the fallout from Eva’s damage to Team Flash is constantly felt throughout this week’s storytelling, creating lots of potent drama and angst, right when Team Flash is supposed to be preparing for their next major villain battle. 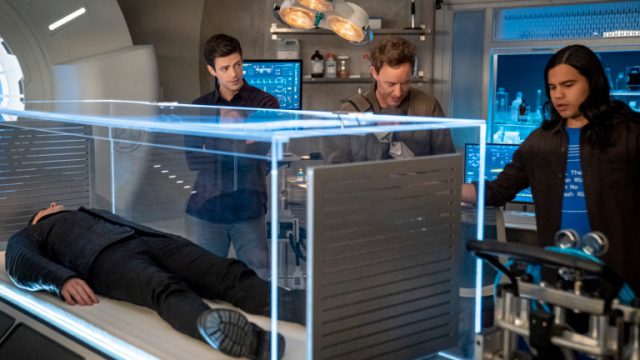 While some of this drama is superb, another chunk of it unfortunately falls flat, due to some rather undercooked storytelling. Since the rest of this season now has to scramble in order to address the lingering drama surrounding Team Flash, a lot of characters get shafted in favour of others here, with issues like a brief visit to Joe by Barry, and Frost worrying about Caitlin’s mother rejecting her, being resolved almost as quickly as they’re brought up. Barry and Cisco feeling especially desperate over the loss of Iris and Kamilla, respectively works a lot better, as does Iris finally locating Kamilla in the Mirrorverse, only to begin mentally unraveling due to Eva’s previously identified cognitive dissonance. Barry’s and Cisco’s worries are ultimately solved with some simple pep talks (take a shot), but it’s at least interesting to see just how much Team Flash’s relationships are becoming strained, despite most of them having not actually directly battled Eva at this point. Hell, the strained relationship between Nash and Allegra still seems to be in bad shape, even after this episode concludes, though in fairness, that has very little to do with Eva’s plot.

All the while, Godspeed and his obsession with stealing Barry’s depleting speed keeps intruding on the storyline, eventually resulting in Barry having to expend a whole bunch of speed to stop him. Naturally, Hartley intervenes and saves Barry, with the two combining their abilities to disable and imprison Godspeed, which conveniently also results in the solution that can stabilize Hartley’s boyfriend. This resolution is fair enough, but even this more intelligent, speaking Godspeed being yet another drone that’s sent by yet another mysterious villain feels like a huge annoyance. What exactly is going on with these Godspeed drones?! We’ll inevitably have to wait until next season to find out, and for now, they’re just wasting time that The Flash really doesn’t have to spare, because this season has lost three planned episodes to the COVID-19 pandemic. 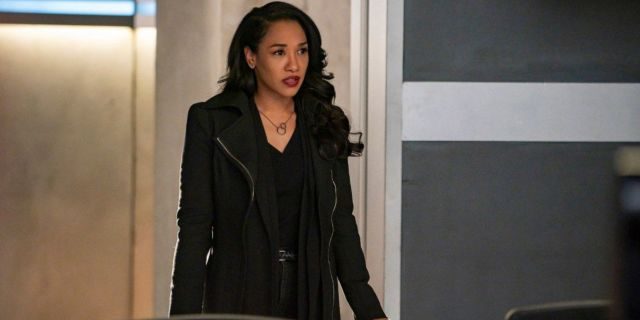 We’ll have to see how Season Six of The Flash manages to conclude itself next week, no doubt altering how Season Seven was formerly planned to begin in the process. It’s certainly possible that Godspeed, or whoever is behind these Godspeed drones, could come into his own as a compelling villain next season, but so far, the evidence of that probability seems minimal. For now, the more interesting threat of Eva McCulloch ends up frustratingly taking a backseat to a return for the more tedious Godspeed teases, even if they did at least manage to provide a proper fleshing out for Earth-Prime’s new rendition of Hartley Rathaway/Pied Piper. “Pay the Piper” thus ends up being a bit of a let-down in several respects, especially when the amped-up drama throughout Team Flash ultimately ends up feeling so rushed and uneven. On the bright side however, we can at least guarantee that Eva will return to the forefront for next week’s premature season finale, hopefully continuing or concluding that battle in a satisfying fashion. Team Flash is still not at their best, but like the compromised sixth season order for The Flash, hopefully they can pull together enough of their resources to keep Central City safe, while we wait for things to return to normal.

The Flash 6.18: "Pay the Piper" Review
The Flash trips up over another tedious, unsatisfying return for Godspeed this week, though it at least presents an interesting return for Pied Piper.
THE GOOD STUFF
THE NOT-SO-GOOD STUFF
2020-05-06
74%Overall Score
Reader Rating: (0 Votes)
0%