Many gamers are upset by the way that Xbox chose to describe their recent Inside Xbox presentation. The content of the show was actually quite good, with 13 games on offer, most of which were entirely new games, and a couple of deeper dives into DiRT 5 and Assassin’s Creed: Valhalla.

The disappointment came from the fact that Microsoft billed this episode of Inside Xbox as a huge gameplay reveal for not only Valhalla, but most, if not all, other games as well. While the presentation did contain in-engine footage and in-game cutscenes, it contained very little traditional gameplay footage. That is to say, little demo content with a HUD or player-perspective content was included.

Going into this generation, messaging from Xbox has been pretty well on point. They’ve been delivering regular updates since the first announcement of Xbox Series X in December at The Game Awards, an internal hardware reveal with Austin Evans, as well as plenty of exciting news about bridging generations with features like Smart Delivery.

So while this slip up is definitely not the greatest next step, here is why Xbox’s future is perhaps brighter than it ever has been.

Within hours of the Inside Xbox presentation, General Manager of Xbox Games Aaron Greenberg took to Twitter to say that they’re listening closely to the feedback and are going to be learning from it all.

Head of Xbox Phil Spencer constantly talks about making gamer-first moves and doing things that will benefit the gaming community above all else. This seems to be living well within the organization, as rather than go on the defensive about the presentation, it seems that Team Xbox is going to be making changes to upcoming reveals as a result of the feedback for this Inside Xbox.

Greenberg is correct in pointing out that, had this been billed as simply a first look at Xbox Series X games, rather than gameplay, the reception to it would have likely been slightly more positive. We were, after all, treated to a slew of entirely new games.

But what will this do for the future?

With the first-party gameplay reveal coming this July, you better believe that most, if not every single game shown off during that presentation will be of traditional gameplay. We’re expecting HUDs, cutscenes, and likely even a multiplayer match with live players showing off the console prowess. The presentation will likely be more akin to E3 stage demos of the publisher’s biggest games.

With the competition likely waiting for Microsoft to make a mistake, if we had the choice for them to do so on third- or first-party reveals, we’re of course much more glad to see it happen with third-party games. We largely know what Assassin’s Creed: Valhalla will play like, and Ubisoft likely wanted to save the bulk of the big demo for its own presentation at some point during the Summer. Other games like Yakuza: Like a Dragon and Bright Memory Infinite have interesting play mechanics that we’d like to see more of, and likely suffered a bit as a result.

That July first-party reveal leaves at least a two-month gap for Sony to highlight some of its own game releases coming to PlayStation 5 when it launches this holiday season. With much of the perception around the Inside Xbox presentation being less than positive, the Japanese company has an opportunity to capture a huge amount of mindshare if they show off first-party games with true gameplay and drop a few bombs like Horizon: Zero Dawn 2 or a follow-up to God of War or Spider-Man along the way.

Even with these titles, however, there is much to be said for Microsoft’s upcoming first-party game reveals. We know about games like Halo Infinite and are likely to see Forza Motorsport 8, but are unsure what Obsidian and other Xbox Game Studios developers are working on. Will we see the first glimpse of a Fable reboot from Playground Games? Perhaps that crazy ambitious game The Initiative is said to be working on? Whatever it is, if Sony shows off their games first, having Xbox follow-up with another round of big titles wouldn’t be the worst back-and-forth to be playing. 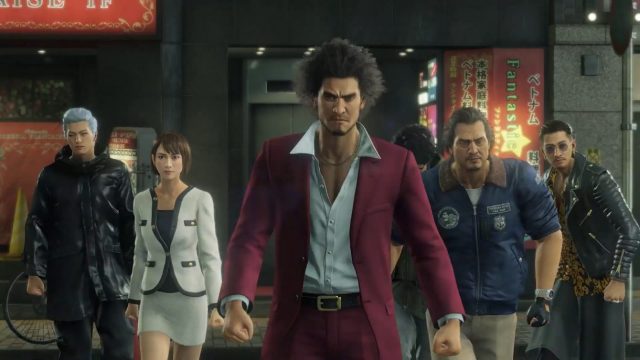 While we won’t be seeing these games until July, Microsoft does have an Xbox Platform and Services event set for June as part of its Xbox 20/20 programming for the year. In the month that would traditionally house E3, we’re expecting to hear more about the architecture of the system itself, perhaps a hardware unboxing (likely from our good friend Major Nelson), and some deeper dives into the details of Smart Delivery, sharing functionality, and perhaps a new Xbox dashboard is in order.

Whatever the team has in store for the coming months as we get closer to the Xbox Series X launch this holiday, we’re confident that the slight misstep with their first gameplay showing will only serve to improve their future reveals, and you better believe they’re rethinking any of those first-party reveals that aren’t entirely made up of what the gamer would actually play!