There’s an old saying in the media industry, and it states that, “If it bleeds, it leads.” What this means is that people are drawn to violent and shocking news stories, and that putting such things on the front page will lead to more interest and greater sales. It’s a very callous way to look at the world, but the media is run by business people who want to make money and it’s always been that way.

It’s that saying, or industry proverb if you will, that gave Stephen King the title for his latest book, which is simply called If It Bleeds. A shocking and eye catching title if ever there was one, it’s both fitting and effective, not to mention apt given the subject matter found within. That is, a collection of four novellas, which describes a length that falls between that of a short story and that of a traditional novel.

If It Bleeds also serves as the title of one of the stories.

Things begin with Mr. Harrigan’s Phone, which tells the story of a young boy as he grows into adulthood, and reflects upon the world’s technological evolution in the process. This narrative begins with the boy becoming friends with his incredibly wealthy neighbour, and chronicles the friendship between the two, who bond over shared interests. Our main character begins working for the eccentric Mr. Harrigan at the start of the story, and does so not just to help, but also to be able to afford the first iPhone. He then decides to gift one to the technologically unfriendly man next door, which ends up being a questionable decision.

Mr. Harrigan’s Phone started off slowly, but it got better and better as it went along. I wasn’t a big fan at first, but eventually grew to really like the story, and know that I’ll read it again someday. Give it time to develop and you likely will too. The end result is a creepy, poignant and classically King tale. It’s also an interesting way to look at the technological advances that have been made in the past fifteen years or so. 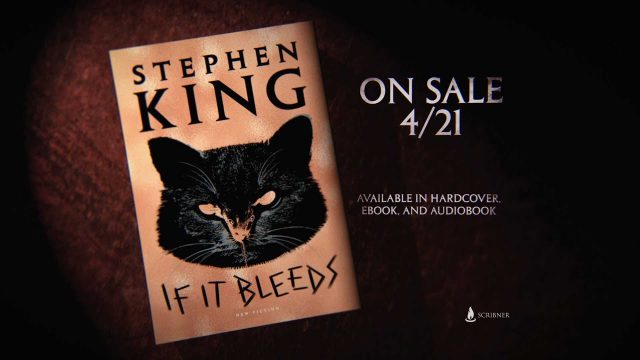 Next up is The Life of Chuck, which is actually told in reverse. This tale begins with Act III and ends with Act I, which is a rather odd way of doing things. It works, though, and the result is one of the more thought provoking stories I’ve ever read. That, as well as the best part of this narrative collective.

This tale begins in a midwestern state, where life as we know it is slowly coming to an end. Roads are collapsing, buildings are starting to sink, power outages aren’t uncommon and the Internet rarely works. This region isn’t alone, though, because reports state that parts of California have begun falling into the ocean, leaving just parts of the state intact. Hell, other countries are reporting similar things, such as natural disasters and other unexpected surprises. It seems that the world is going to hell.

During a lengthy traffic jam, a man named Marty Anderson stares upward and sees something strange, that being a new look for an old billboard. Said advertisement now features a picture of what looks like an accountant, who sits at a desk. Above and below this picture resides text that says, “39 years! Thanks Chuck!” Who is Chuck, and why does his retirement deserve a massive billboard?

Next up is the titular story, If It Bleeds. Be warned that this is actually a sequel to one of King’s most recent novels, that being The Outsider. It’s also expected that this novella will serve as the basis of the second season of HBO’s The Outsider TV series. Furthermore, those who read this should know that both The Outsider and If It Bleeds spoil The Bill Hodges Trilogy, which consists of Mr. Mercedes, Finders Keepers and End of Watch. I wish I’d known that, because I would have read the three of them before I read and reviewed The Outsider. 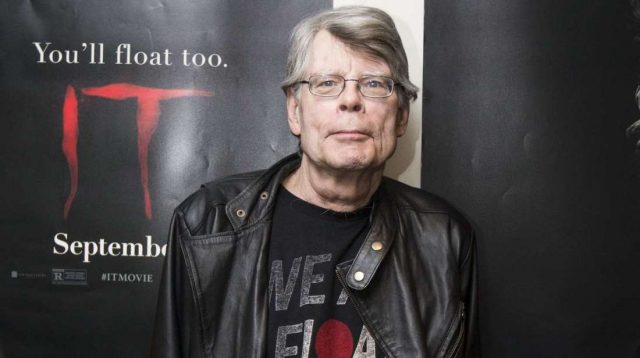 If It Bleeds picks up months after what happened in The Outsider, and centres upon Holly Gibney. After seeing something suspicious on TV, she begins an investigation that could cost her her life, and leaves recorded messages for her friend, Detective Ralph Anderson, in case she perishes. Ralph, you see, is on a much deserved vacation in the Bahamas, and is not available to help with this dangerous Christmastime investigation.

Although I’d like to say more, I need to be careful not to spoil anything. The only other thing I can mention is that this all has to do with an attack that leaves numerous people dead, including innocent children.

I know that Holly Gibney is a divisive character among the Stephen King faithful. Thus, if you don’t particularly like her it’s possible you won’t like this story. I still need to read the first three books in the series, but honestly don’t have a problem with her. This novella is also quite good, and provides a welcomed glimpse into Holly’s life following her dealing with the Outsider, including the state of her Finders Keepers private detective agency. We also get to go inside her mind as she attempts to deal with familial drama involving her overbearing and terribly critical mother, whose brother is nearing the end of his battle with dementia.

The final of four novellas found inside this collective is called Rat. Through it, we meet Drew Larson, a college professor who’s always wanted to write a novel. Although he’s published short stories in reputable rags like The New Yorker, a full length novel has always eluded him. Previous attempts even came close to costing his life and home. 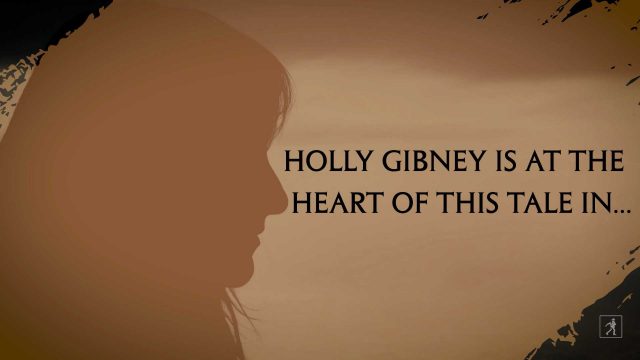 One fall day, Drew takes a walk to a local deli to get sandwiches for he and his wife. During this stroll he gets some sort of an epiphany, and begins to visualize the characters and setting for what could be his first successful novel. There’s a train, a sheriff, a boy accused of murder and a bunch of vigilantes who wish to kill said boy before he can stand trial and potentially hang for his crime. It all just appears in front of him, like it’s some sort of vision.

On his way home, our writer friend decides that he needs to get away in order to make this Bitter River story into a real novel. Working from home, with all of the distractions that come from being married and having young children, simply won’t do. Thus, he formulates a plan to escape to his father’s old cabin in the remote and unpredictable area of TR-90, Maine. His wife isn’t too happy with the idea, and not only because it means being separated from her husband for a few weeks or so. No, she’s worried because of what happened the last time. Further worry comes from the fact that TR-90 isn’t a very hospitable place, what with its dirt roads, vast wilderness and unreliable power. Her husband could get stuck out there at the old cabin on Shithouse Road, and that could easily happen if a bad storm comes that way. Trees fall, roads wash out and travel in and out can become close to impossible.

Lucy ends up relenting, though, because she knows how much Drew cares about finishing just one novel. She puts her worry on the back burner, but it never goes away. For this reason, she makes Drew promise to call home every evening, citing that the landline should work. If not there’s a payphone down the road at the old general store. 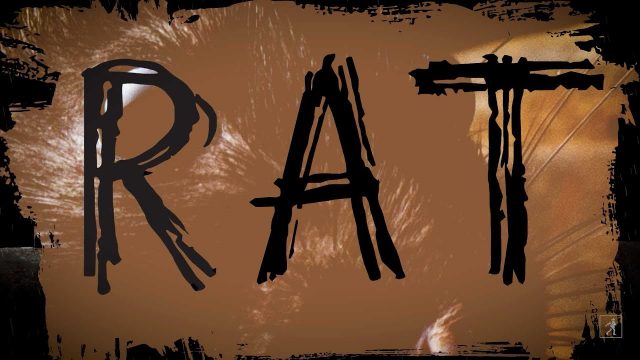 Thus begins a story about a writer who locks himself away from the world and becomes obsessed with his craft. It’s a tale about writing itself, but becomes almost supernatural in a way. Saying anything more would spoil things, so I’ll stop here. I will, however, say that I enjoyed my time with Rat. It’s not my favourite part of this collection, but it’s an above average short.

As a whole, If It Bleeds is a pretty great read, and its contents are memorable. This is classic King, and is another example of why Stephen is the Master of Horror. It’s dark, it’s poignant and it’s well written, not to mention unique and wholly interesting. On top of that, it provides interesting thoughts and outlooks on life, death, writing, obsession, technology and family. If you’re a fan you’re unlikely to be disappointed, and the same goes for newcomers who are interested in the author’s work. Just make sure to read The Bill Hodges Trilogy and The Outsider beforehand, unless you don’t care about spoilers.

**This review is based on a copy of the book that was provided by the publisher.**

If It Bleeds by Stephen King Review
If It Bleeds proves that Stephen King is still at the top of his craft several decades after releasing his first novel.
2020-05-22
91%Overall Score
Reader Rating: (0 Votes)
0%