Agents of S.H.I.E.L.D.’s newest batch of episodes unfortunately no longer has the big wave of hype that was supposed to come from Marvel Studios’ latest movie, Black Widow, wherein the show’s seventh and final season could have capitalized on an extra hot wave of Marvel energy among the Marvel Cinematic Universe’s True Believers. With Black Widow now delayed to November on account of the ongoing COVID-19 pandemic, Agents of S.H.I.E.L.D. thus stands as our only live-action Marvel fix for most of this year’s Spring/Summer months. Things certainly could be worse on that front however, since Agents of S.H.I.E.L.D. has proven itself to be a superb cult hit series over most of its six previous seasons, which is why it’s bittersweet that this latest season is serving as the show’s last hurrah.

Agents of S.H.I.E.L.D. appears to be pulling out all the stops for its final season as well, with an especially big shift to the show’s status quo! This was teased at the end of last season, when the titular agents traveled through time and ended up in New York, circa 1931, shortly after a Chronicom invasion seemingly conquered the entire planet. This creates further confusion regarding how the time travel rules of the MCU actually work, considering how they were established through the Quantum Realm in Avengers: Endgame last year, not to mention the confusion as to whether these last two shortened seasons of Agents of S.H.I.E.L.D. are still even part of mainline MCU continuity, since they’ve still failed to address the universe-altering fallout of Thanos’ fateful ‘snap’ during the climax of 2018’s Avengers: Infinity War. I guess none of that truly matters when you take Agents of S.H.I.E.L.D. on its own merits though, and fortunately, the series is still going plenty strong for its Season Seven premiere, even if the show’s dense mythology is rapidly becoming a bigger issue at this point.

“The New Deal” chronicles the team’s first mission in 1931, where they have to blend in using whatever agents they have left, after their numerous losses sustained last season, May being critically wounded and comatose, and Fitz being forcibly separated from the S.H.I.E.L.D. crew. There’s barely anything left of the show’s heroes now, but with the Chronicoms having taken over Earth in the present (future?), Mack and the S.H.I.E.L.D. team have no choice but to activate an LMD of the late Phil Coulson, and utilize his skills to look for clues as to how the Chronicoms plan to destroy S.H.I.E.L.D. from the past. This investigation immediately hits an intriguing note as well, when a group of Chronicoms quite literally steal the faces of some local cops, forcing Mack, Daisy, Deke and Coulson to pose as RCMP officers, in order to try and get close to the victims.

Daisy and Deke are thus left to do the face-mapping work, while Mack and Coulson splinter off to go into a speakeasy, which just so happens to be run by one Ernest Hazard Koenig, the grandfather of the Koenig siblings from the series’ present day events! Ernest is rude, uncompromising, and a clear product of the times, in a humourous switch from Patton Oswalt’s prior Koenig brother portrayals on this show, but between the findings with the dead cops, and the intel from Ernest, the agents learn that current New York governor and future U.S. president, Franklin D. Roosevelt is in town, in preparation to propose his ‘New Deal’. Believing that FDR is the target, since he goes on to form the SSR, which eventually becomes S.H.I.E.L.D., the quartet of S.H.I.E.L.D. agents thus race to FDR’s New Deal party… Only to learn that FDR is not the Chronicoms’ target.

The bait-and-switch with FDR does a great job of playing with expectations, plus the periodic scuffles with Chronicoms also help to inject some solid action into a season premiere that can’t work with the explosive destruction from Sarge’s crew that defined the start of the previous season. Even in this 1931 period setting, Agents of S.H.I.E.L.D. is still finding some really clever ways to reinvent itself between season arcs, and yet, it always stays true to its core appeal. The dark underbelly of the show’s stakes continues to mesh well with a winking sense of humour, along with some truly standout character work. One of the best scenes in this episode in fact involves Simmons using a server of junk data to torture a Chronicom into revealing the real target, cleverly proving herself to be more ruthless than even Yo-Yo, who is frustratingly benched at this point.

Yo-Yo being sidelined in this episode is a pretty big let-down. Frankly, it just feels like the show had to avoid giving Mack and his agents too much of a power advantage out of the gate, providing the excuse of Yo-Yo still having Shrike remains in her system, an excuse that falls apart pretty quickly, when Yo-Yo is hastily cleared of infection by Simmons. Fitz is already MIA, and May is already in critical condition, but fortunately, the S.H.I.E.L.D. crew that we did get this week still contributed plenty of entertaining moments. The LMD Coulson is also proving to be a surprisingly smart decision for Agents of S.H.I.E.L.D. to boot, with Coulson having to quickly cope with everything that happened after the agents escaped the Framework in Season Four, which has been forcibly injected into his data banks. Despite that early issue however, Coulson quickly finds his metaphorical sea legs again, as the team’s reliable father figure, if not its leader in this case. Mack being the team’s leader is continuing to work pretty well too, especially when his status is difficult to efficiently utilize here, on account of being a black man in the 1930’s. 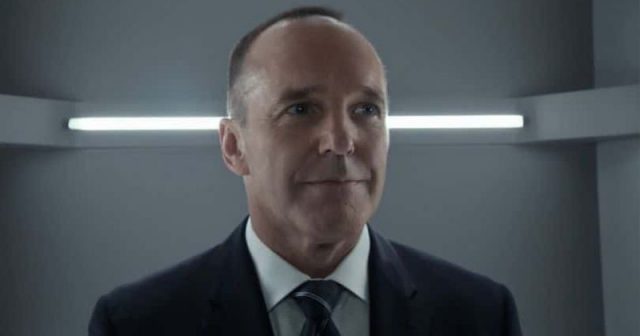 So, who’s the true target of the Chronicoms then? Apparently, it’s one Wilfred “Freddy” Malick, a lowly barkeep of Ernest’s, and the eventual father of Gideon Malick, the future leader of Hydra’s American branch. Thus, in order to save S.H.I.E.L.D., the team must also save Hydra! This is a pretty thrilling note to end this episode with, providing a solid mix of excitement, drama, humour and suspense for Agents of S.H.I.E.L.D. to kick off its final season on. As much as it’s annoying that the show forcibly sidelines several characters here, particularly Yo-Yo, and viewers may feel as initially overwhelmed as the LMD Coulson when it comes to trying to keep recent events on the series straight, “The New Deal” proves that Agents of S.H.I.E.L.D. is still highly adept at reinventing itself and staying fresh with every passing season arc, while still keeping the appealing conventions of the show intact between every new mystery and backdrop. Even if it’s certainly not as over-the-top explosive as last season’s premiere, the series delivers a more stealthy, but still rewarding approach to this season’s premiere, setting the stage for a cool, unpredictable mission against the Chronicoms’ historical meddling, while continuing to prove that these characters remain appealing as ever, even if they’re still rather tenuously connected to the rest of the MCU at this point.