Following immediately from the season premiere of The Boys is another sublime episode for Season Two, with, “Proper Preparation and Planning” continuing to kick off the season on an amazing high note! The media satire at Vought is effectively taken further with a major storyline for Annie, whose Starlight persona quickly starts to rub new Seven addition, Stormfront the wrong way. Meanwhile, the Boys themselves try to acclimate to the return of Butcher, who is naturally desperate to do whatever it takes to make his way back to Becca. Becca also happens to get a major storyline in this episode, when more insight is given into her strange arrangement with Ryan, the apparent young son of Homelander.

The action more or less takes a back seat in this episode, at least outside of a very surprising turn in the climax, but that ends up being just fine. This episode is instead very focused around compelling character arcs, which continue to skillfully walk the line between shocking depravity, and pitch black humour. In fact, a surprising highlight in this episode is a subplot with The Deep, who is seen as being too negative and down on himself by the Church of the Collective’s recruiter, so Eagle the Archer responds to the situation by getting Deep high on shrooms. The result is Deep going on a surprisingly illuminating personal journey by speaking with his own gills about his bad habits with women, which are catalyzed by his own body insecurities, and the icing on the cake is that Deep’s gills are hilariously ‘voiced’ by Patton Oswalt! It’s very odd, but genuinely clever, even while Deep’s storyline continues to be heavily disconnected from the other events of the season so far. 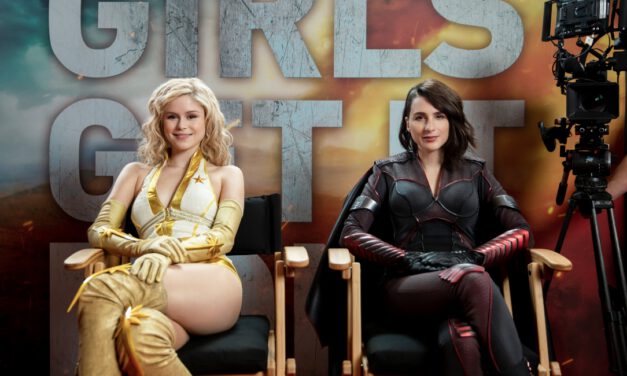 On another note, now that Butcher has rejoined the Boys, it was inevitable that he would get a little more story focus compared to the prior season premiere, and that comes through Butcher tracking down Mallory again, at Susan Raynor’s funeral no less. After desperately negotiating a deal with Mallory to apprehend the Supe terrorist that’s now wandering around Newark, Butcher rallies his allies to go after the mysteriously trafficked telekinetic, eventually cornering him in, of all places, a superhero costume shop. This is where some standout twists begin to unfold, beginning with the shop seemingly being used as a cell for the Shining Light Liberation Army, the very terrorist group that originally kidnapped Kimiko and her brother. Even better? Kimiko’s lost brother, Kenji is the telekinetic Supe terrorist that Butcher and the Boys are hunting!

After Hughie intervenes to prevent Kenji from being shot by Butcher, much to Butcher’s irritation, Kimiko is briefly separated with her brother, at which point, she tries to urge him away from working with Shining Light. In a not-so-shocking turn, Kenji bore witness to his and Kimiko’s old village being destroyed, at the hands of Homelander, no less. Because of Homelander’s wanton destruction, Kenji has sworn to make America his enemy, eventually forcing Kimiko to try and subdue him. This results in a brief, but reasonably cool chase scene, eventually culminating with Kimiko successfully knocking her brother out, and the Boys rounding him up. This is a huge turn for Kimiko’s character, one that finally adds another developing payoff to one of The Boys’ biggest mysteries from Season One, namely the details behind Kimiko’s backstory with Shining Light, and how her time with Shining Light plays into both Homelander, and the overall affairs at Vought. 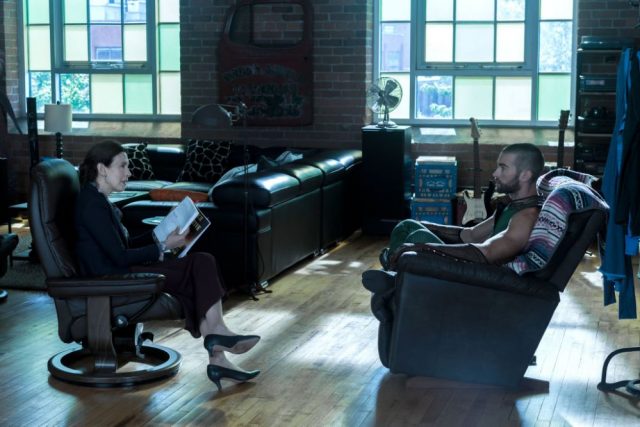 Speaking of Vought, this episode has Annie, alongside Queen Maeve and Stormfront, doing a major publicity campaign for Vought, one centering around the company’s freshly-expanded lineup of female superheroes. This provides some interesting justification for Stormfront’s gender swap in this television adaptation of The Boys, after the character was instead depicted as a man in the source comics, specifically since it creates an interesting ideological rivalry between Stormfront and Annie. Despite Annie believing herself to be honest and good, Stormfront claims she’s become a sellout by toeing the line at Vought, which naturally gets under Annie’s skin very quickly. Unbeknownst to Stormfront however, Gecko dumps the Compound V at Annie’s feet in the middle of her press junket, creating the hair-raising obstacle of Annie having to smuggle the stolen Compound V around Vought’s prying eyes, especially after A-Train is revealed to have recovered from his critical injuries!

Yes, we all knew it had to come eventually, but A-Train officially bounces back in this episode. Naturally, A-Train hasn’t forgotten about Annie’s treachery with Hughie either, immediately tormenting Annie about her deep dark secrets. Annie’s efforts with the Compound V are initially in vain to boot, since A-Train naturally busts her trying to smuggle it out, before immediately deciding to tattle on Annie, which no doubt means that Homelander will kill her. What seems like checkmate however instead turns into an interesting advantage for Annie, after she counters by revealing to A-Train that she knows he murdered Popclaw, not least of which because he was very sloppy with the forged evidence of Popclaw’s faked overdose (he truly was, using all those simultaneous needles!), and the only reason he wasn’t found out is because Vought buried the forensics report. This once again has Annie stooping to a shady new low, as if Vought and their dirty dealings are subtly rubbing off on her, but it does create a cool detente between Annie and A-Train, even if it also means that Annie has no reliable means of smuggling the Compound V out of Vought anymore. 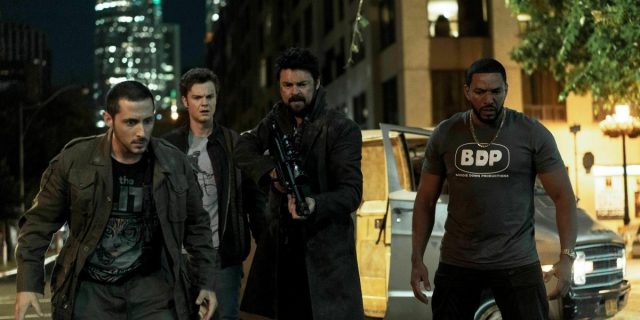 Lastly, there were a couple of quieter subplots in this episode, with one surrounding Becca and Homelander, while the other surrounds Queen Maeve. The Maeve subplot in particular is a rather sweet surprise in this episode, beginning when Maeve is contacted during the Vought press junket, with news that her ex-girlfriend, Elena is in the hospital. Maeve immediately abandons the junket to go see Elena, with Elena eventually dismissing Maeve’s attempts to be caring again, at which point Maeve confesses the true nature of Homelander to Elena. This is very effectively tragic, while making Maeve more than a drunken mess in matters of the heart, which is great to see. Likewise, Becca also struggles against Homelander in her own way, after angrily trying to hail an overseeing scientist named Dr. Park, who has seemingly trapped her in a simulated ‘prison’ that mimics a suburban home. Homelander, meanwhile, is trying to tip his son off to his supposed superpowers, against the wishes of Becca and her puppet masters. Nothing really comes of this yet, but Homelander continues to hang as a twisted shadow over the many horrible things happening in this world, uniting many of the characters’ struggles under a shared banner of oppression and exploitation.

And the irony there is that Homelander is himself a puppet of Vought, serving as the ultimate extension of Vought’s seemingly limitless corporate power, one who struggles with Vought being the one thing holding him back from true godhood. “Proper Preparation and Planning” wonderfully represents the twisted, yet squeamishly compelling storytelling depth behind The Boys continuing to function at its best, even with a diminished emphasis on action and violence this time. Even so, the re-introduction of Kimiko’s brother as the Boys’ targeted Supe terrorist, along with several inspired new dimensions to the metaphorical prisons created by both Vought and Homelander with much of the supporting cast, more than pick up the slack, to the point where you briefly won’t miss the lack of gruesome fatalities, at least outside of one unlucky Shining Light member that Kimiko discovers at the costume shop. Some inspired, yet weirdly heartfelt insanity also manages to slip in with The Deep as icing on the cake, who creatively faces his inner demons with the help of some magic mushrooms. The Boys’ second season still seems to be crushing it so far, continuing to push the inspired ideas behind the first season to genuinely creative, shocking and darkly funny new territory.

The Boys 2.2: "Proper Preparation and Planning" Review
The Boys continues to soar in Season Two's second episode, with Annie continuing to compromise her principles, The Boys making a shocking discovery about the Supe they're hunting, and The Deep having a heartfelt conversation with his own gills.
THE GOOD STUFF
2020-09-14
95%Overall Score
Reader Rating: (0 Votes)
0%