After slightly taking a breather during Season Two’s second episode, The Boys kicks up the excitement again for the season’s third episode, the final of the three episodes immediately released to kick off the show’s sophomore season. “Over the Hill with the Swords of a Thousand Men” sees the shit hit the fan for both the Boys and Vought, who face some big obstacles in their latest efforts to restore their reputations. Meanwhile, Annie and The Deep both end up being roped along on the latest mission of The Seven, putting them in direct conflict with the Boys, shortly before the true nature of Stormfront is revealed, to devastating effect!

If you were a little starved for action during the season’s second episode, this episode definitely has you covered. From the get-go, the Boys strand themselves three miles off shore, in order to do a hand-off of Kenji to the CIA. Kenji, meanwhile, is ready to quietly accept his fate, despite the efforts of Frenchie and Kimiko to try and appeal to his better angels. Frenchie’s act of compassion towards Kenji, leaving him with some Doritos and an energy drink, ends up causing more problems for the Boys though, after Kenji uses his powers to cut himself free with the drink can. This enables Kenji to violently destroy an NYPD helicopter that ended up chasing the Boys, due to Butcher stealing the boat they’re on and lying about it. It’s too bad we didn’t get to see Butcher actually swipe the boat, but in any case, the Boys now have yet another issue, since they’ve freshly pissed off the cops, albeit not intentionally. 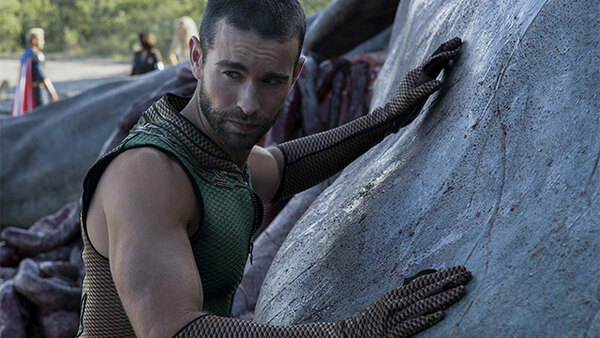 If there’s one upside to this however, it’s the fact that Vought currently has their hands full, at least to start. Despite initially appearing to be in a state of detente with A-Train, Annie ends up leaking the existence of Compound V to the press, no problem. As big an event as this is for the show, it doesn’t feel like it totally adds up in the narrative, and feels like it’s merely being done to move the story along. This feels especially true when you consider that A-Train doesn’t have much of a reason to keep Annie’s involvement in the leak secret anymore, particularly after Vought buried the forensics report surrounding Popclaw’s death to begin with. Regardless, Vought is predictably scrambling to figure out damage control, as their stocks plummet, and public confidence in Vought, as well as iconic superheroes like Homelander, is at an all-time low.

Speaking of Homelander, he’s once again with Becca in this episode, overseeing Ryan’s development some more, and further pushing Ryan to start exploring his innate abilities. Becca continues to push back, but it doesn’t do any good, since Homelander’s desperation to get Ryan to be more like him eventually culminates with Homelander pushing his own son off of a roof! Ryan is okay, since he does have his father’s invulnerability, but he does end up standing up to Homelander at this point, discovering that Homelander is telling the truth about him, including how they appear to have the same powers. Ryan angrily attacks Homelander and tells him never to return as a result, setting up some promising friction for later, friction that hopefully doesn’t end up screwing over Becca in the long term! 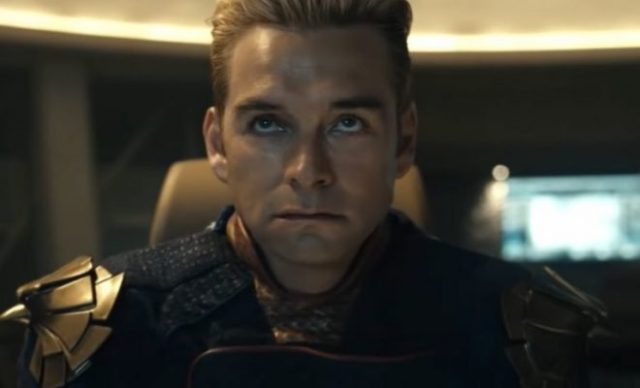 Ultimately though, Homelander is called away on a mission with The Seven anyway, which Annie is also forced to tag along with, after Mr. Edgar implores the superheroes to round up the Boys and catch Kenji, as a way to help assure the public that Vought’s superheroes are still trustworthy. The painfully obvious media lies spouted by Vought off the back of the Compound V revelation are pretty darkly hilarious, on this note, but it’s The Seven that end up getting a lot more focus in this storyline nonetheless. Even The Deep ends up tagging along with his former team here, at the insistence of the Church of the Collective, once it’s made known that Deep has had an audience requested of him by the Church’s mysterious leader. This attack by The Seven would initially seem to put the Boys in a pretty tight spot, but thankfully, Deep beats the rest of the team to the scene, resulting in a hilariously violent, vaguely sad effort by Butcher to ram through a whale that Deep had enlisted for the operation, eventually allowing the Boys to escape into the tunnels, covered in whale gore! That’s really gross, but also really funny!

This is where the climax really starts to heat up, with both sides of the show’s over-arching battle clashing directly for the first time in Season Two! A-Train still appears to be struggling with his health, preventing him from searching all of the tunnels quickly, in a stroke of luck for the Boys, but Homelander still corners Hughie and Annie eventually. This inevitably leads to bad things, after Homelander tries to coerce Annie into killing Hughie, but when Butcher intervenes at the last second, Kenji is able to bury Homelander under asphalt and cars, buying enough time for the Boys to get away. This olive branch toward Hughie from Butcher couldn’t have come at a better time, and it is nice to see the two repairing their strained partnership after Butcher goes against his instincts in order to save Hughie, reminding us that Butcher does have a heart, somewhere underneath all of that brash attitude. 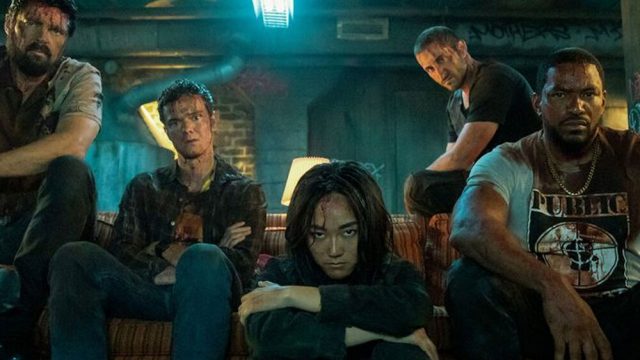 Kimiko still fails to talk Kenji into staying with the Boys however, and the two are eventually chased by Stormfront into an apartment complex in a lower-income neighbourhood, one that just so happens to have a lot of African-American tenants. After Kenji is knocked into an apartment, Stormfront, shockingly, begins to massacre any tenants she sees, even if this does buy some time for Kenji to try and escape, with Kimiko in pursuit! Alas, it’s all for nothing in the end, since Kimiko and Kenji are eventually cornered on the roof, leaving Kimiko to witness her brother be murdered by Stormfront, who conspicuously calls him a, “Yellow bastard.” This horrific act ends up paying dividends for Vought as well, surprisingly, who are quickly able to distract from the Compound V bombshell by making a big show of charity to the displaced apartment tenants, while also being able to celebrate Stormfront killing the Supe terrorist that had been menacing New York and New Jersey. It’s a deviously executed perfect storm of great publicity, one that also builds effectively off of minorities being unable to tell the truth about Stormfront being a raging, highly racist serial murderer, since no one would logically believe them.

That final gut punch with Stormfront does a fantastic job of capping off the initial three episodes that kicked off The Boys’ sophomore season, callously heading off Annie’s and Hughie’s efforts to expose Vought before they could gain enough traction in the press. Some of the storytelling in this episode feels a little too rushed, most notably Annie somehow no longer having to worry about A-Train’s nosiness for some reason, and Stormfront so quickly abandoning her former act of ‘goodness’ from the previous episode, but the strong dose of exciting action nonetheless makes this episode a huge thrill to watch! You’ve really got to feel for Lucy though, the poor whale that ended up being brutally killed by Butcher’s escape attempt. The fact that Deep routinely fails to save sea creatures has definitely become a twisted running gag at this point, one that you feel a little bad for laughing at. No one’s laughing about Stormfront’s true colours however, which have just become The Boys’ latest allegory for how big corporations are all too inclined to routinely protect unrepentant abusers.

The Boys 2.3: "Over the Hill with the Swords of a Thousand Men" Review
The Boys ratchets up the excitement again in Season Two's third episode, pitting The Seven against The Boys after the truth about Compound V is exposed to the public.
THE GOOD STUFF
THE NOT-SO-GOOD STUFF
2020-09-14
90%Overall Score
Reader Rating: (0 Votes)
0%