NOTE: Some spoilers from throughout the second season of, “The Boys” are present in this review

Last year, The Boys exploded onto the scene with one of the most ruthlessly cutting satires of politics, corporate culture, celebrity culture, and the general dark underbelly of America that TV audiences had yet seen! The undressing of that shiny American capitalist veneer proved so vicious in fact that it felt a little overwhelming to binge through the entire first season in one go, especially when all of this biting commentary was framed around a world of superheroes gone rotten. Thus, The Boys showrunner, Eric Kripke and his associates decided to implement a controversial new strategy for the show’s second season this year; Making it a weekly series. Despite virtually every homegrown Amazon Original Series so far releasing their seasons on a binge model, i.e. dropping all of their episodes at once on a certain date, The Boys instead kicked off its second season by releasing its first three episodes together, before only doling out one new episode for each of the next several weeks.

Not every fan of the series responded well to this change (The Boys was even review-bombed pretty hard when Season Two started because of it!), but nevertheless, it seems to have worked out for Amazon Prime Video’s hard R-rated superhero satire. Not only could Season Two’s bleak, pitch black sense of humour better pace itself for viewer palatability, but it also helped to further highlight many of the show’s winning qualities during its sophomore run of episodes, in turn making twists and teases feel like they matter a lot more. Should The Boys stick with a weekly release model for the upcoming Season Three then? I wouldn’t mind if it did, even if I’d also be just as happy if the series decided to ultimately go back to Season One’s binge model next year. Basically, The Boys is a fantastic series that I’ll happily take more of, regardless of the dose! 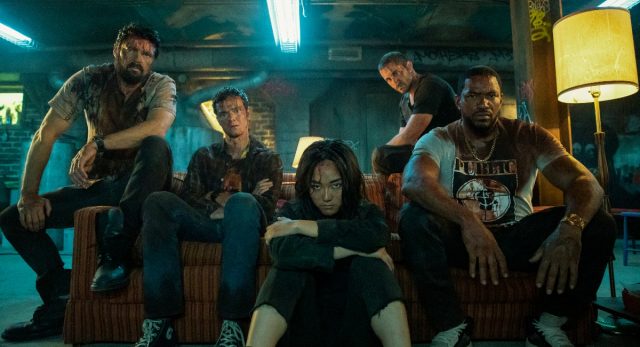 So, what’s the big hook of Season Two then? Well, after the events of Season One, the eponymous team of formerly government-sponsored vigilantes are now fugitives, with mega-corporation, Vought International and their flagship superhero team, the Seven finding plenty of ways to profit off of the Boys’ efforts to damage them and their reputation. To top that off, Billy Butcher, the Boys’ fearless leader, is missing, having also been framed for the murder of former Vought Vice President of Hero Management, Madelyn Stillwell. This cuts the Boys off from any and all public support, while internally putting them on their back foot, right as Vought moves to repair the damaged ranks of the Seven, complete with introducing a new superhero to the team; Stormfront.

Stormfront is another major hook behind The Boys’ second season. Like a few other key characters, Stormfront has also undergone a gender swap for this TV adaptation, after she was portrayed as a male character in The Boys’ source comics. This ends up being a surprisingly good choice for the series as well, especially in regards to how it redefines Stormfront’s contentious relationship with the Seven’s sociopathic leader, Homelander. Since Stormfront has comparable strength, speed, flight capabilities and invulnerability as Homelander, along with the unique ability to project and fire plasma bolts (in keeping with the Justice League satire, she would basically be Shazam, though she also incorporates some elements of Marvel characters, Thor and Storm), she becomes something of a rival to Homelander, both in terms of feats and character. The later episodes of Season Two particularly challenge audience expectations surrounding Stormfront as well, since she begins as a fairly cool, straight-shooting, surprisingly likable new superhero, only to eventually reveal a horrendous, unspeakable dark side that even manages to surpass Homelander’s outward depravity and narcissism!

Another major aim of The Boys’ second season, on this note, is finding the buried humanity behind Homelander. The end of Season One teased this direction for the storytelling, and Season Two indeed begins to explore how Homelander, in his own weird way, is just another victim of Vought and their corporate agenda, even if he’s still a bad person, and an increasingly untrustworthy superhero and public figure. A big part of this humanization for Homelander comes via the introduction of his son, Ryan, whom he had with Becca many years ago, unbeknownst to Butcher. Becca being revealed as alive, and in Vought’s custody with Ryan, was easily the biggest twist for the end of The Boys’ first season, especially when Becca’s violent death from the source comics was used as a Vought cover story in this TV adaptation. Because Becca is unexpectedly revealed to be alive in The Boys’ TV universe, not only is Butcher now extra determined to liberate his wife, but he’s also more unpredictable and unhinged than ever in the ongoing battle against Vought, something that further ratchets up the violent delights that this show offers!

Those violent delights even bleed into Annie/Starlight, who finds herself battling the corrupt influence of Vought in her own way, after becoming a bit of a mole for the Boys at Seven Tower. This turn follows Annie and Hughie developing a romantic relationship, and while this isn’t one of the most noteworthy arcs of Season Two, it does nicely advance both Hughie’s and Annie’s characters in the end. Annie in particular ends up going to increasingly shady means to strike at Vought, even resorting to violence and blackmail in fact, which is nicely indicative of Annie beginning to adapt to the twisted celebrity world that she’s found herself in. Annie’s undercover presence at Seven Tower also creates another welcome female perspective for the otherwise proudly male-dominated Boys, alongside Kimiko, who undergoes her own inspired arc in Season Two, after the new threat of, “Super-villains” leads to an unexpected reunion with her long-lost brother. These dramatic challenges for the show’s leading ladies eventually culminate in The Boys beating the recent trend of female-pandering superhero movies and TV shows at their own game, culminating in an awesome climactic duel between Stormfront and the superhuman female protagonists, one that seems to be openly mocking painfully forced, “Girls get it done” moments from real-world superhero media like Avengers: Endgame.

Over on Vought’s side, this social satire ends up serving as a foundation for yet another key narrative theme throughout The Boys’ second season; Performative wokeness. Performative wokeness has certainly become a hot topic in recent years, specifically when major corporations transparently try to distract from public scrutiny with cynical displays of charity and faux-altruism, and sure enough, Vought is definitely not above this shady playbook of PR tactics. After the corporation’s superhero-creating Compound V is leaked to the public early in Season Two, Vought works overtime with false displays of charity and social justice pandering, creating some truly standout humour, which feels just as smart as it is hilarious. This idea is also nicely illustrated through the addition of the Church of the Collective, an obvious parody of the real world’s Church of Scientology, which gets disappointingly little focus compared to Season Two’s many other storylines, though it does manage to be an amusing new home for The Deep, and later A-Train, after their untenable PR issues see them booted from the Seven.

Just about every major storyline throughout The Boys’ second season manages to at least end on a satisfying note, and that’s without considering that many of them often contain a lot of insane, violent fun during their progression as well! The one exception to this rule however is the Seven, who tend to suffer the most from Season Two’s desire to really spread out the character arcs between all of The Boys’ ongoing factions. While the Boys themselves certainly benefit from this, with lots of inspired new development given to characters like Kimiko, Frenchie and Mother’s Milk, while Butcher’s and Hughie’s standout characterization continues on unabated from Season One, several members of the Seven too often feel lost in the shuffle. Homelander, Stormfront and Black Noir are given lots of good material, but Queen Maeve, A-Train and The Deep most notably don’t mesh well with the rest of this season’s events. Their smaller arcs often interrupt the season’s pacing, and merely exist to set up reliable resolutions for Season Two’s otherwise fantastic finale. The Boys has a lot of key characters at this point, and it’s obviously difficult to juggle them all equally, but Season Two’s priorities nonetheless seem to favour the Boys, Stormfront and Homelander most heavily, while the other superheroes and Vought executives somewhat end up lagging behind in the storytelling department. 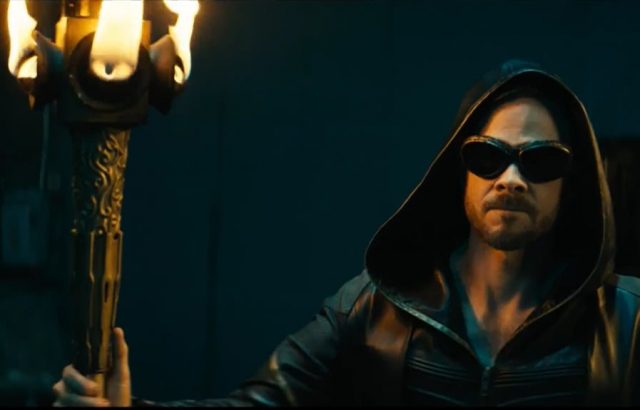 Outside of that minor quibble though, there’s no denying that The Boys has somehow gotten even better in its second season! Now that the entire season has been made available as well, anyone on the fence can opt for a binge model if they so choose. Even if you watched the new episodes as they debuted weekly though, the series continues to build momentum throughout its sophomore run. Season Two of The Boys is even funnier, more outrageous and more violent than Season One was! Not only that, but Season Two also offers even more standout political and social commentary, all layered impeccably through whip-smart writing, and no shortage of depraved spectacle. The aggressively irreverent, messy and nihilistic tone of The Boys still won’t be to everyone’s tastes, particularly those with weak stomachs, but if you can handle the carnage, The Boys remains an easy contender for one of Amazon Prime Video’s best original shows to date. Something tells me that the series is only going to keep finding new, brilliantly twisted ways to continue pushing the envelope in Season Three as well!

The Boys: Season Two Review
The Boys' second season somehow manages to be funnier, more violent and more darkly inspired than its first, continuing to cement the show as one of the best Amazon Original offerings to date!
THE GOOD STUFF
THE NOT-SO-GOOD STUFF
2020-10-22
92%Overall Score
Reader Rating: (0 Votes)
0%