Much of what we wrote in our Xbox Series S hands-on is applicable to Xbox Series X as well. It truly is high-definition gameplay with blazingly fast load times, packed into an incredibly small box considering its power, though it is, naturally, just over double the size of the Series S.

The larger box gives you an upgrade to 4K HDR visuals running at a blistering 120 frames per second. In tests with games like Watch Dogs Legion, The Master Chief Collection, Gears 5, and Assassin’s Creed Valhalla, we didn’t noticed a single frame out of place.

But let’s perhaps back up a bit and start from the beginning.

Opening the box of the Series X, you’re met with a jewel of a console. It is displayed quite untraditionally; console front and centre, a sash emblazoned with ‘Power Your Dreams’ across its midsection. Unwrapping it reveals the sparse monolith that is the console itself.

Unboxing the controller as well as the HDMI and power cables is unceremoniously boring by comparison, as they come from a smaller box adjacent to the star of the show here. That being said, the cables were wrapped with a sort of precision few technology companies tend to care for in the packaging department, while the controller itself, oddly, was tossed in a protective bag floating about one side of the box.

Packaging aside, this is the best Xbox controller (which also gives it reign as the best controller ever, in our opinion) we’ve ever used. The changes are minimal, largely because Microsoft did so many things right with Xbox One in the controller department, but the few changes that were made are more than welcome.

First, the share button. Functioning exactly as the identical button on Nintendo Switch in that a single click saves a screenshot and a hold generates a video clip from your gameplay, this is a much needed addition to sharing your game. Gone are the days of hitting the Xbox button, tapping Y quickly, hoping you got the right screenshot, but probably missing out on it, and not even being able to check because you’ve already interrupted enough of your experience trying to deal with this mess.

Now, a quick tap of the share button saves a screenshot and doesn’t take you out of the gameplay whatsoever. The image is instantly saved to the cloud and is even accessible from the Xbox app on your smartphone for easy sharing.

Picking up the controller, there is also a very noticeable grippy texture on its underside. It put me off at first, but picking up the Xbox One controller again instantly felt like it was so smooth it had been worn down to nothing. The Xbox Series X|S controller is, at least after our first trepidation, instantly familiar and feels like it should.

The directional pad also has a much clickier feel, with audible, satisfying clicks. They are precisely the opposite of the original Xbox’s rounded d-pad, and may even best the undisputed king of the d-pad arena. You know, the house that Mario built in Kyoto? We won’t mention them (again).

We also noticed something unexpected in the triggers of the controller: the ever-so-slightest click. At first, we expected that it was the ‘new car smell’ equivalent of controllers, whereby it would wear off after a few play sessions. But a few weeks into having the console in our hands, and we can report that the click is alive and well. It is ever so slight, and isn’t noticeable during extended gameplay sessions that heavily rely on trigger-mashing, but it is certainly there.

On to the console itself, we’re greeted with a smooth and simple set up process thanks to an unexpectedly welcome pairing with the Xbox app. The two devices spoke to each other, pulled over my Xbox Live and Game Pass details, and I was up and running in a matter of minutes (after a 10-minute software update, naturally).

And the rest is kind of unremarkable, in the best way possible. We’ve put the console through its extended paces and have yet to hear the fan spinning. I actually had to put my hand over the top to make sure it was in fact spinning, and while it was, even placing my ear next to it produced barely an audible tone. This would typically be worrying, but knowing how much Microsoft really wants (and needs) to avoid any sort of potential red ring of death situation a la Xbox 360, it’s fair to say that this has been over-engineered to stay cool first and quiet second. It just so happens to be really good at both of those things. 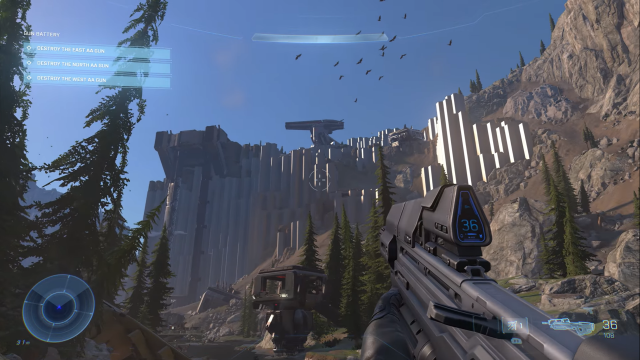 The console is, again, blazingly fast. Once we got a few games downloaded, it was almost blink-and-you-miss-it fast when loading into a game. Even a new title like Watch Dogs Legion loads from cold console to in-game within maybe 15 seconds, while fast travelling across the world is sub-five seconds every single time.

Quick Resume is a much-hyped feature that is only available with certain titles, and is the type of feature that you never really notice (except that the console’s OS has a little badge every time you load into a game with it) but would very much miss if it were absent. It does exactly what it says it will and resumes your game, uhh, quickly.

The benefit of quick resume isn’t necessarily so that you can jump between three games at once, because no one actually does that (do they?), but instead so that when you finish up your Ori and the Will of the Wisps session, and your friends come over to play some Forza, you’re waiting maybe three seconds for the whole transition to happen.

This is a far cry from the Xbox One generation of waiting upwards of 10 seconds to just go from a game into settings, only to need to accidentally launch Netflix, losing another 20 or 30 seconds, and going back to the main menu where, yep, your game quit because it thought you were about to Netflix and chill.

So what’s the rub? This all sounds pretty incredible. From the unboxing experience to technologies that make games sing at resolutions right up to native 4K at 120 frames per second, to new minimalist hardware with refinements and improvements across the board. 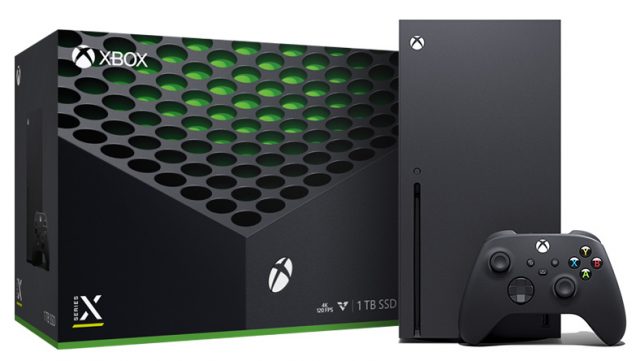 Well, all the games that are available on the Xbox Series X and S are actually available on Xbox One, and for those with an Xbox One X, you’re already knee-deep into 4K gaming, minus some features like quick resume, of course.

And this is actually by design. In Microsoft’s quest to blur the lines between generations, it has set forth a plan that every first-party game for the first two years of the Xbox Series is going to be available on both platforms simultaneously. To that end, you never actually buy an Xbox One or Xbox Series version of a game, but rather an ‘Xbox’ version of the game. That disc (or download, of course), will work across systems for no extra cost. And they even have a name for it: Smart Delivery. That one’s not as catchy as the Velocity Architecture moniker they’re using to describe the speed of their SSDs, though.

So, while the hardware is incredible, should you upgrade? If you’re on the original Xbox One (or Xbox One S), and/or want incredibly fast load times and a virtual guarantee that the console will never even think about stuttering, the choice is obvious. If you’re not in a rush in the micro or macro and don’t mind holding off until some big titles like Halo Infinite get released, or perhaps until Cyberpunk 2077 gets a next-generation upgrade, and you’ve already got an Xbox One X, we’d probably recommend holding off for now.

There is no shortage of high technology in Xbox Series X. Microsoft has done an incredible job with laying the most solid foundation for gaming that they ever have with a new console, and while we wish there was more new content to play on it, with the Xbox Game Studios teams working hard on new games like Forza, Halo, Fable, not to mention Bethesda’s portfolio of studios and The Elder Scrolls and Starfield, as well as whatever The Initiative is working on, the future is very bright for Xbox.