When Hyrule Warriors for Wii U was first announced, it was done so alongside the game that would later become Breath of the Wild. We actually interviewed Game Director Eiji Aonuma about the unique crossover entry in the franchise (and Breath of the Wild, of course), and what it meant for the series in general.

Fast forward six years, with 3DS and Switch ports under their belt, and Nintendo has released the latest entry in the Hyrule Warriors franchise, Age of Calamity.

With the promise of what is essentially more content with the world of arguably the best Zelda game ever made, Age of Calamity has some big shoes to fill. And while it is certainly not a mainline Zelda game in its mechanics, it more than scratched the itch while we await the next actual title with bated breath. 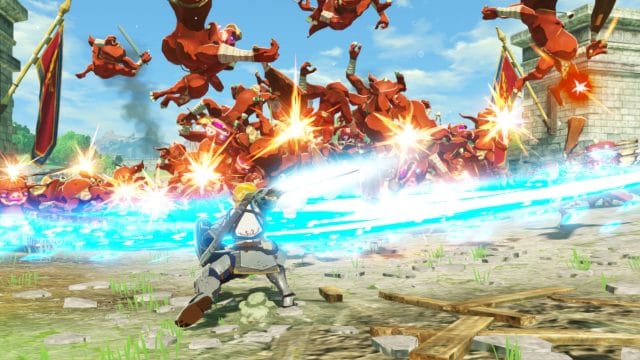 While Breath of the Wild‘s story is mostly centred around the four Champions Daruk, Revali, Mipha, and Urbosa, when thinking about it, we actually see very little of them over the course of what is for most people, a multi-dozen hour journey. Hyrule Warriors: Age of Calamity turns that notion on its head, engulfing the game in the Champions’ story as we learn how they came to control the divine beasts.

There may be more character development in Age of Calamity than in its source material, in fact. Revali and his verbosely smug persona certainly returns, while Impa and her charm are shown off in a completely new light compared to her centenarian character in Breath of the Wild. Relationships between other characters in addition to those with Link also have a great part in the story here, and it’s a very refreshing take on the series as a result.

Not dissimilar to its source material, Age of Calamity has plenty of content to unlock in its world. With a system to level up weapons rather than find stronger ones when your existing items break, there is certainly a more traditional JRPG feeling here compared to what could otherwise have easily been the same mechanic as Breath of the Wild. 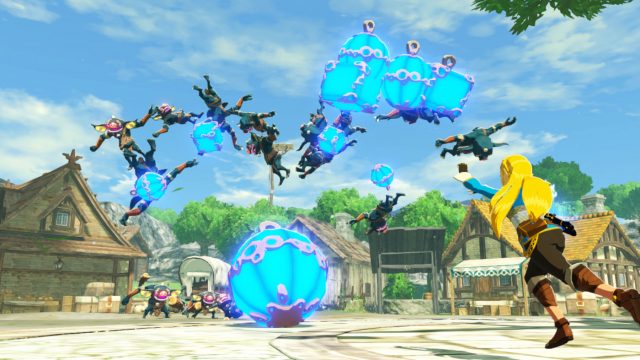 When it comes to dealing with massive amounts of enemies in the game, as you might expect from any other musou-style game, it becomes a bit of a button masher more than a strategic way of exploring the world. In Breath of the Wild, you could sneak up on a group of Bokoblins, perhaps roll a rock down a hill to take out one or two of them, then shoot an arrow at a lantern to watch their outpost erupt in flames and take everyone down at once.

Age of Calamity does demand a bit of strategy in some larger battles, particularly with shield-wielding enemies, though once Link destroys the shield with a few well-placed dodges and parries, he is free to hone in on his enemy with relative ease.

Thankfully, this isn’t the case with the rest of the cast, and this divergence from the main series is perhaps the most welcome. Playing as other characters actually provides a wide range of attacks and abilities that vary quite a bit from our usual Hero of Time.

Zelda uses the Sheikah Slate to trigger bombs and other runes that deal a lot of damage, while Revali swarms a battlefield with arrows from the sky. Daruk has a unique lava pillar that can be summoned and exploded on demand, dealing quite a bit of damage, while Mipha’s water attacks also heal allies in range.

And yes, you can even play as Hestu, the Korok who rewards you with, well, a golden poop, after collecting 900 Korok seeds in Breath of the Wild. He summons what feels like thousands of Koroks to assist in battle, and while they were annoying in the first game, they’re actually quite effective in Calamity.

There are actually 18 playable characters in the game, and while it would be easy to list them all, a bunch of them are getting into spoiler territory, and that wouldn’t be any fun, would it?

In addition to what are more traditional hack-and-slash mechanics, there are some missions which have you piloting the Divine Beasts, though these left a bit to be desired in their execution. They were wickedly fun, but something seemed off in the way your HUD appears while piloting a 50,000 ton elephant. It was more Iron Man than ancient ruins, which made the experience a bit jarring. 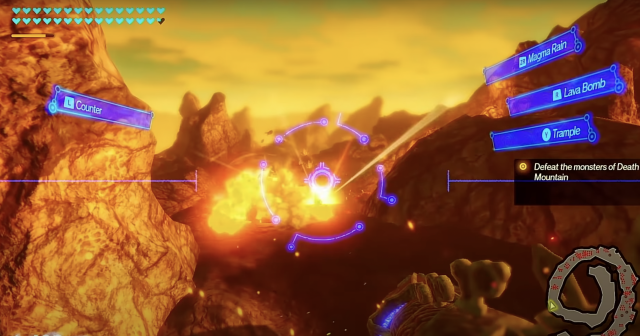 There is a ton of content in Hyrule Warriors: Age of Calamity. It takes us back to see what developed leading up to the events of Breath of the Wild, while giving us new ways to interact with the world, its characters, and the Zelda franchise as a whole.

The Mario franchise has, as its best known spinoff, Mario Kart, and with a bit of love and more finesse, Hyrule Warriors could very easily become a regular spinoff series for the Zelda series in much the same way. That is perhaps the best complement we can pay Age of Calamity as it is the best non-Zelda Zelda game we could have asked for.