After an unusually quiet Fall season for The CW, which saw all of its original shows save for the final episodes of Supernatural completely benched, the Arrowverse is inching its way back onto the airwaves. The COVID-19 pandemic is currently continuing to play havoc on The CW’s 2021 DC TV schedule regardless, what with the final season of Supergirl seemingly joining Legends of Tomorrow and Stargirl as an off-season offering, while The Flash, Black Lightning and the debuting Superman & Lois have all had their premieres delayed to next month. Fortunately, Batwoman, which requires significantly less post-production work than its Arrowverse sister shows (and Stargirl), is able to premiere its new season a little earlier, in January. Of course, this early season premiere doesn’t change the fact that Batwoman suffered its own major loss between seasons– Ruby Rose vacating the titular role after just one season, in an unprecedented move for superhero television.

There’s naturally been a lot of interest surrounding the increasingly troubled production of Batwoman this year, now that a new lead actress will be filling Batwoman’s cape and cowl. That actress is Javicia Leslie, who is portraying an all-new character named Ryan Wilder, one that not-so-coincidentally made her debut in the DC Comics Universe just a few months before now. Ryan’s Batwoman is supposedly nothing like Kate Kane’s Batwoman either, though I will say in her favour that this is actually refreshing. Rose’s former Batwoman suffered significantly from being merely an edgier facsimile of Supergirl’s origin story for its own eponymous heroine, with bits of Arrow’s origin story thrown in, and Ryan definitely doesn’t have that problem. In many respects, she’s not only a distinct new Arrowverse hero, but often the polar opposite of Kate; A poor, seemingly unremarkable victim of the foster system, whose reputation and prospects were destroyed by a prison sentence for a crime she didn’t commit. 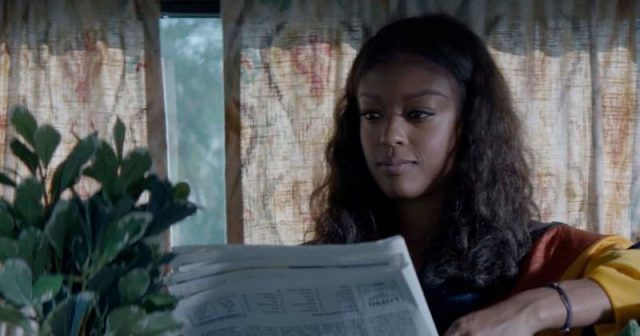 Leslie also does seem to have the necessary chops to play a revised Batwoman to boot, at least as far as this season premiere is concerned. She’s actually kind of fun, and manages to even deliver some of the hokier, gen-Z-baiting social justice rhetoric with a decent degree of credibility. Granted, the way that Ryan conveniently stumbles upon Kate’s former Bat Suit is nonetheless pretty contrived, especially when it’s just laying in plain view, perfectly intact, following a plane crash. Kate was supposedly on this downed plane, which was headed back from Supergirl’s National City, and thus, after Kate fails to appear, and the Bat Suit goes missing, many of Kate’s social circles begin to assume the worst.

This is all before getting into the many logistical problems that come with replacing a lead role in a superhero show, one headlining a supporting cast that was designed very specifically around Kate’s character. I fear that properly assessing this season premiere is naturally going to be overshadowed by the fact that Batwoman is in an overall tailspin due to Rose’s sudden exit, and is desperately trying to reorient itself under a new lead. Some of the dramatic focus surrounding the loss of Kate is not bad at least, specifically when Sophie and Jacob both learn the truth about Kate’s identity as Batwoman in some legitimately awkward ways, but it’s very clear that the supporting performances have suffered with Rose gone. The characters are trying to find their footing almost in real time, though at least their being thrown for a huge loop at Kate’s sudden disappearance is very believable.

The exception on this note is Alice, who is the one lead character that seems to be universally benefiting from Batwoman’s sudden story revision so far. Distraught, aimless and, “Unmoored”, as she puts it, Alice has suddenly found herself without a target for her psychotic fixation, making her even more unpredictable and dangerous, as she struggles to find renewed, villainous purpose. This is a great new direction to send Alice’s character on, even if this also means unfortunately killing that promising Hush cliffhanger from last season’s finale in the crib. Oh, sure, we get to see Hush pose as Bruce Wayne for at least this episode, and he even discovers the real Bruce Wayne’s hidden Batmobile in Wayne Tower (I’ll just gloss over the fact that this makes no sense at all, since there’s no believable way that Bruce could get the Batmobile in or out of the tower!), but after a sloppy interaction with Julia, the jig is immediately up. Ryan even quite literally beats Hush’s face off after a fairly decent climax, wherein Hush chases Ryan’s van with the stolen Batmobile (which, unfortunately, is a very unimpressive Batmobile. CW budget and all!), resulting in Hush being taken back to Arkham Asylum off-screen. That’s horrendously lame!

So, one very promising, very major villain arc for Batwoman’s sophomore season is now stillborn after Rose’s departure, but at least another one manages to remain. The shadow of Safiyah Sohail, the mysterious, ultra-resourceful individual that was referenced frequently during Batwoman’s first season (and is associated with a criminal organization called the Many Arms of Death in DC Comics lore), still looms throughout Batwoman’s second season premiere. Alice even discovers during the closing moments of this episode that Safiyah is seemingly responsible for downing Kate’s plane, claiming via a bloody letter that the two are now, “Even.” I’m still interested to see how the Safiyah plot pans out at least, even if the previously planned Hush storyline now appears to have been replaced by a setup for another DC villain group; The False Face Society. Ryan already appears to have some sort of link to these villains, since she mentions them directly while beating on some criminals. She even has an unexpected link to Alice to boot, after it’s eventually revealed that the Wonderlang Gang is responsible for killing Ryan’s adoptive mother, and essentially starting her downfall. 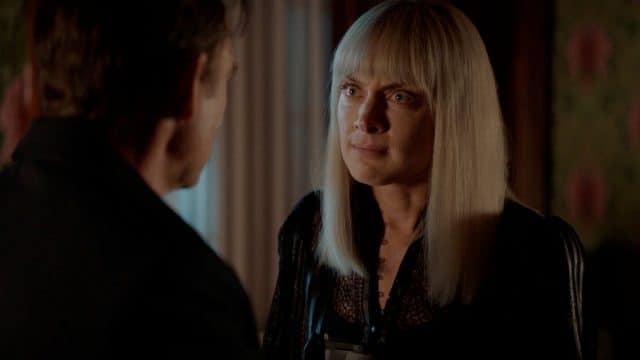 Ultimately though, there’s not much else to read into with this shallow, muddled season premiere for Batwoman. Sure, it’s not really the show’s fault that it’s in such a mess for the start of Season Two, and Leslie does what she can to rally the show’s focus under an admittedly promising new heroine, but there’s a lot of work to be done before Batwoman is fully back on its feet. Even then, Batwoman was already a very uneven show at the best of times during its first season, often struggling to keep pace with more established Arrowverse favourites like Arrow and The Flash. Leslie’s new lead character does at least come with the chance to reinvent and refine Batwoman for a new era of Post-Crisis Arrowverse content, possibly allowing the show to achieve a new level of potential in the weeks ahead, but we’re going to need to be patient in the short term. Sadly, that might be a tall order for many exasperated Batman Family/DC enthusiasts, who already haven’t found much to write home about during Batwoman’s previous season.

Batwoman Season 2 Premiere: "Whatever Happened to Kate Kane?" Review
Batwoman does what it can under new lead, Javicia Leslie for the start of Season Two, but it's clear that the show is in a mess, rendering this week's season premiere a shallow, unfulfilling kick-off.
THE GOOD STUFF
THE NOT-SO-GOOD STUFF
2021-01-18
66%Overall Score
Reader Rating: (0 Votes)
0%