Batwoman remains in a struggle to pull itself out of its tailspin this week, with its new heroine continuing to experience some frustrating growing pains within the show’s established ensemble. “Prior Criminal History” retains many of the issues from last week’s Season 2 premiere, which are now compounded by the fact that the storytelling is relying even more on contrivance in this case. Again, I can’t entirely blame Batwoman for its fresh batch of issues that came with Ruby Rose’s sudden exit from the lead role last year, but as I feared, we’re going to be stuck in some heavy narrative quagmire for at least the next few weeks at this rate.

Unfortunately, one of the biggest issues with Batwoman’s Season 2 storytelling so far continues to be Ryan Wilder herself. Javicia Leslie is still delivering a nicely distinct performance, and I’m still looking forward to seeing where her character arc goes from here, but despite Leslie’s best efforts, Ryan still just doesn’t fit very well into this show’s cast yet. She still stinks too much of just unbelievably having a superhero mantle dumped onto her lap, with the script just awkwardly pushing Ryan’s character along as it sees fit, rather than building organic, understandable conflicts for her. One of the most awkward bits of establishment yet in fact comes from Ryan being arrested after foiling a convenience store robbery, once again being in the wrong place, at the wrong time (and yet, somehow being scorned for this, even after the security footage exonerates her?), at which point Sophie declares that she and Ryan know each other. How do they know each other? They don’t say. Well, isn’t that convenient! 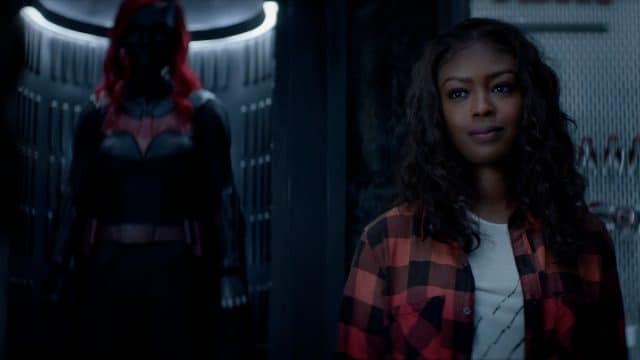 It doesn’t help that Batwoman seems confused about how to develop Ryan’s character in general. Even The CW’s synopsis of who Ryan is supposed to be feels messy and contrived. She’s funny, but serious, and messy, but polite, and understanding, but ruthless, and violent, but compassionate? This is not a believable human being! This is a bunch of contradictory traits that The CW threw into a superhero word blender! Pick a lane, guys!

Yet more awkward writing crops up when Ryan inexplicably knows Alice’s identity to boot. Not only does she inexplicably tell Sophie that she thinks Alice is getting a free pass with the Crows because she’s Caucasian, only to contradict herself by announcing the real truth to Mary in the very next scene (which is both idiotic and insulting), but Mary doesn’t even try to cover up the truth about Alice being Kate’s sister when she’s confronted with it, for literally no reason. Okay, that’s not Ryan being a good detective. That’s Mary being a shitty liar, and Ryan making a very lucky guess!

Fortunately, Alice does remain one of Batwoman’s better personalities at this point, and one that continues to surprisingly thrive as an arch-villain after Kate’s disappearance. Alice even sacrifices Mouse’s body in this episode, in a shocking, but engaging gesture, which is sent over to Mary (why? Shouldn’t the Crows and/or the GCPD be handling a body found in the sewer?), thus revealing that Alice is about to sic a bunch of bats on a crowd at a Batwoman rally. Why is footage of Kate’s former Batwoman being ambushed by the Crows suddenly being leaked and triggering a rally? What do Gotham’s citizens think a Batwoman rally is going to solve in the first place? Who knows. Frankly, it’s a forced excuse to give Alice a very public target for what’s admittedly a good, unexpected motive for her latest murderous act, though you still have to slog through a lot of awkward drama and storytelling to get there. 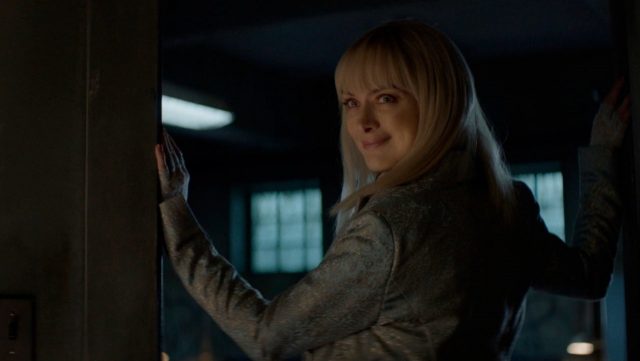 The idea of a swarm of bats being drawn by a sonic transmitter, and attacking a crowd with the same poison that killed Mary’s mother, and almost killed Mary herself, is actually pretty awesome in concept! Sure, it’s complete bullshit from a scientific standpoint, especially when Hamilton Dynamics is inexplicably able to save literally every infected person using just a small blood sample from Mary that Alice just happens to have, but whatever. Alice temporarily taking Julia out of the picture just so she can provide an excuse for Ryan to pose as Batwoman, simply so Ryan can try and disperse the dumbest crowd in TV history (seriously!), also feels very contrived, but at least Alice’s overall plot is pretty inspired; Alice poisoned a bunch of citizens with the Coryana toxin in order to spread the Desert Rose in Mary’s blood around the city, thus provoking Safiyah, and forcing her to host an audience with Gotham’s resident psychopath. I have to admit, that’s a good bit of villain misdirection on Alice’s part, and I’m happy to see that Alice is still keeping some of Batwoman’s Season 2 writing at least passable.

In the end though, Ryan still can’t keep pace with this latest Alice plot’s appeal. The show does tease an interesting idea in this episode’s climax at least, namely when Ryan immediately wants to exploit the Bat Suit in order to kill Alice and take revenge for her dead mother, only to be ordered to stand down and save the citizens by Luke. Likewise, Ryan even pulls a gun on a Crows officer after she has to lure the toxic bats into his bus, shortly before detonating a bomb in the bus and incinerating the bats! Yeah, I can see animal lovers taking issue with this solution for sure, especially when Ryan inexplicably refuses to just smash the sonic transmitter, because it would disperse the bats throughout the city. Yeah? So? They’d probably just go back into the sewers at that point, and they certainly wouldn’t attack random citizens if they’re not being tormented by sonic waves. What’s the problem with just smashing the damn device and being done with it?! 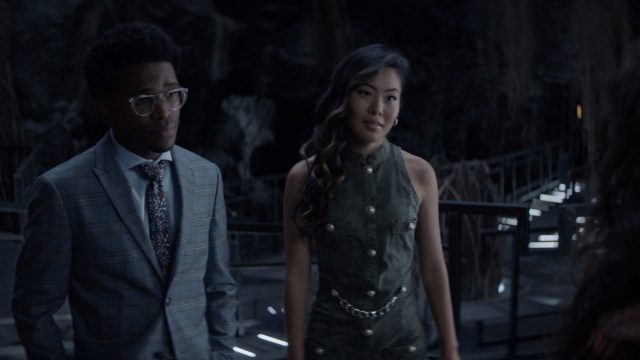 Finally, by the end of this episode, even Vesper Fairchild, the supposed gossip queen of Gotham City, seems all too happy to just shrug and embrace Ryan as the new Batwoman, which feels incredibly unrealistic, even by the standards of a CW superhero series. Sure, there are hints that Luke still doesn’t trust Ryan to succeed Kate, and that Ryan may not be honest about her vow to uphold Kate’s non-lethal superhero code, but at this point, it feels like Batwoman is just throwing up its hands when it comes to believably establishing Ryan as a new Dark Knight for the ‘CWVerse’ (nope, I still prefer ‘Arrowverse’). “Prior Criminal History” ultimately fails to pull Batwoman out of its nose dive, presenting a lot of the same problems as last week’s season premiere, sometimes even magnified! At least the Alice/Safiyah storyline is still bearing fruit so far though, so hopefully that can provide some welcome respite from this series trying to shoehorn a new lead into a pre-existing ensemble that was built around someone else.

Batwoman 2.2: "Prior Criminal History" Review
Batwoman continues to struggle with its new lead heroine this week, as a dangerous plot by Alice forces Ryan to once again don the Bat Suit.
THE GOOD STUFF
THE NOT-SO-GOOD STUFF
2021-01-26
60%Overall Score
Reader Rating: (0 Votes)
0%