Pennyworth has delivered a vastly different set of circumstances for Alfred and co. as of the Season Two premiere, leaving Alfred wanting to flee to America with Bazza and Dave Boy, while Thomas and Martha find themselves on different sides of the growing conflict between the English League and the Raven Union. “The Burning Bridge” continues to try and flesh out this massive brewing war between the remaining factions of England, while priming Alfred to finally make his escape to America, but obviously, Alfred’s escape effort doesn’t end up being quite that simple in the end. Before these big complications with Alfred can even properly crop up to boot, we also need to slog through a disappointing amount of filler material beforehand, and that makes this episode a bit too much of a chore overall.

“The Burning Bridge” is only the second episode of Pennyworth’s sophomore season, but it already feels like it’s just padding out the storytelling with wheel-spinning and circular arguing. It ends up being a filler episode rather early in the game, taking until its climax to finally present some more interesting developments for the show’s ensemble. That’s annoying, even if I do understand that there are a lot of moving parts in Pennyworth’s new over-arching conflict at this point. All the while, the Raven Union is continuing to prepare for an attack on London (and apparently Manchester and Liverpool?), plotting to utilize Project Stormcloud as a controversial tactic to secure victory for Harwood’s forces.

Speaking of Project Stormcloud, it remains an interesting bit of foreshadowing, but for now, the Raven Union seems unclear about how best to utilize it. This actually presents a potentially interesting conflict though, having Frances Gaunt make a return as a Raven Union authority, one that disagrees with Harwood, after he expresses interest in using the Project Stormcloud gas to reduce structural damage during the coming London attack. Colonel Salt and his eagerness to use the gas appears to have Harwood’s ear however, and while Harwood appears to initially resign to Gaunt’s refusal to employ the gas, something tells me this won’t stick. Probably just yet another thing threatening to keep Alfred in England a little longer, despite the fact that he’ll inevitably end up in America to help raise the future Batman at some point.

Speaking of that, Thomas and Martha get almost completely lost in the shuffle of plotting this week, even though they mercifully don’t share any scenes together in this episode. Martha is glimpsed in training at the beginning, and that’s it, while Thomas instead occupies another decent subplot, albeit one that won’t pay dividends until future episodes. Thomas’ subplot involves him enlisting Aleister Crowley, at the behest of his CIA handlers, to corrupt and discredit the English League’s current Prime Minister, Archbishop Potter. It’s implied that Potter is gay, and that Crowley is going to exploit that, which could actually be an interesting conflict to come, one that also has the benefit of adding more context to Pennyworth’s weirdest episode from last season. 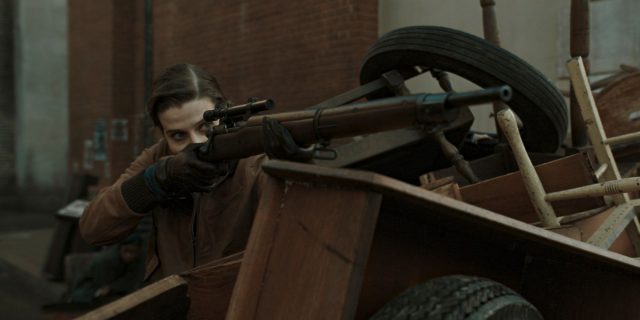 Again though, it’s not until the final moments of this episode that Crowley appears to get an in with Potter. Before that, the one major scene with the English League simply has them impotently arguing about resource management in the coming battle, and accomplishing nothing else. Sure, John Ripper is shown to be part of the English League, alongside the Queen and other important defenders of the British Crown, but so far, it just doesn’t mean anything. The same can be said about another major turn in this episode, which involves Sandra getting a gig at the Hippodrome (I know the London Hippodrome is a real place, but is this possibly a loose Batman Forever reference to the tragic Hippodrome Circus?), which makes Alfred feel guilty about plotting to leave England without telling anyone. Except Alfred doesn’t leave, doesn’t see Sandra do much in this episode, and doesn’t tell Sandra that he’s leaving, so, what is there to say about this storyline yet?

At least Alfred, Bazza and Dave Boy get their own key role in this episode’s climax, namely when Mary is taken by a mysterious group of kidnappers, who try to extort Alfred’s going-away money from him. This finally gives Alfred a chance to do something productive outside of lamenting the state of England and screening the Queen’s calls, and we do get to see him doing his badass thing with the kidnappers… Only for Aziz to eventually intervene, and ensure that the criminals get away with Alfred’s money after a brief, failed shootout. Mary is thankfully alright, but nonetheless, Alfred and his buddies have no idea who decided to extort Alfred’s cash or why. I assume this is going to be a big story focus in the following episode, but it comes too late in this one to leave an immediate impact. 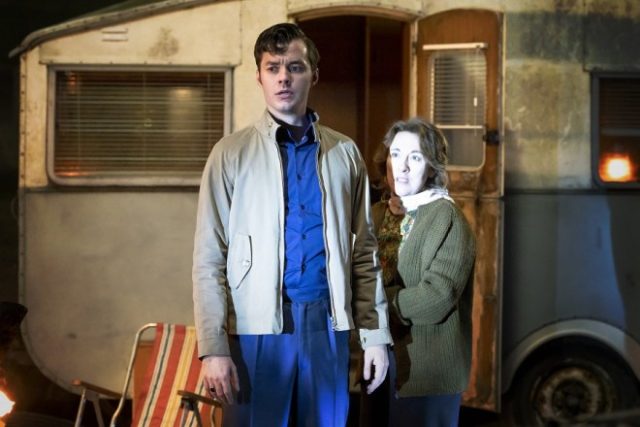 As for Bet and Katie, they remain separated in their own fun little side plot, as Bet tries to look after an increasingly frightened Katie, while also trying to re-establish contact with Harwood. Bet naturally fails to get in touch with Harwood though, and sure enough, she becomes frustrated at Katie predictably not wanting to be her friend, even though Bet is doing everything she can to look after Katie from her perspective. Not even Bet had much of interest to do in this episode, sadly, but at least her twisted, tenuous grip on reality continues to be an entertaining highlight. The idea of Katie having to come around to Bet’s ruthless violence is also promising, especially after Bet has to save her from some Raven Union enforcers by viciously cutting their throats after knocking them out. There’s also another promising tease made amid this violence as well, namely that Bet and Peggy seemingly have a third sister, who may be dead, or simply gone. Does this possibly explain why Bet has such extensive fixation issues?

Ultimately, Pennyworth’s pacing slows down too much this week, wasting time going in circles on the same old conflicts, and taking too long for most of them to reach a worthy payoff. The way that everything comes together is at least worth it, especially considering some of the promising teases ahead, but it’s nonetheless frustrating to see Pennyworth’s Season 2 momentum stalling after only the second episode. At least Mary’s kidnapping finally provides a decent new mystery for Alfred and his military pals though, plus I’m interested to see what Thomas ultimately has to sacrifice in the name of forming an unholy alliance with Aleister Crowley. Despite promising storylines to come though, Pennyworth’s sprawling Season 2 conflict is starting to lack focus, and it needs to be tightened a bit. Hopefully Alfred losing his nest egg finally gets his head back in the game though, especially when there’s clearly too much unfinished business still demanding his time in England.

Pennyworth 2.2: "The Burning Bridge" Review
Pennyworth frustratingly stalls after merely the second episode of Season 2 this week, though some promising conflicts are at least teased at the end.
THE GOOD STUFF
THE NOT-SO-GOOD STUFF
2021-01-26
70%Overall Score
Reader Rating: (0 Votes)
0%