Supergirl is officially approaching the end of its run, now that The CW has confirmed that the show’s newly-premiered sixth season will be its last. I doubt that Superman Family fans will be too sore about this, mind you, since we’ve already gotten a replacement in the surprisingly strong new spin-off series, Superman & Lois, which Supergirl is filling the Tuesday night timeslot of for now, due to Superman & Lois going on hiatus until mid-May.

Still, there is at least one battle left to fight for Kara and Team Supergirl, which I assume will come into focus in the weeks ahead. This is because, much like sibling Arrowverse shows, The Flash and Batwoman, Supergirl had its previous season cut short by the initial lockdowns ordered with the rise of the ongoing COVID-19 pandemic last year, thus preventing the series from properly wrapping up its climactic Season 5 battle against Leviathan and Lex Luthor. Supergirl’s final season premiere was then delayed further away from the early 2021 premieres for most of its fellow Arrowverse shows, to add insult to injury, due to lead star, Melissa Benoist’s pregnancy and subsequent maternity leave. 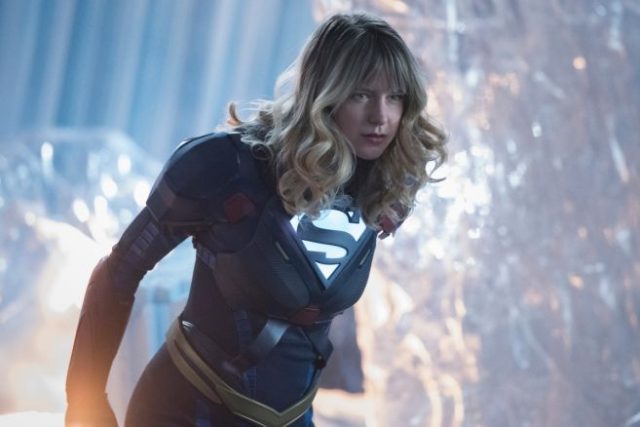 Finally though, right at the tail end of March, Supergirl is back on the airwaves for its final bow. Before that though, the show does need to tie a bow around the climax of its previous season, with Supergirl’s final season premiere, “Rebirth” obviously originally planned to serve as the Season 5 finale in a pre-COVID-19 world. Fortunately, much like this past January’s Season 2 premiere for Batwoman, Supergirl is using only one episode to wrap up its retroactively truncated prior season, rather than the ultimately unsatisfying approach that The Flash took for its own Season 7 kick-off at the start of this month, wherein it spent three episodes to avoid rushing its originally conceived Season 6 finale plans (which didn’t turn out to be very good anyway). This means, for better or worse, Supergirl doesn’t waste time on the past, and immediately rockets toward its upcoming final batch of episodes.

Personally, I very much agree with this approach, largely because Supergirl’s Season 5 arch-villains, the powerful alien organization, Leviathan, were pretty dull baddies, right to the end. Even their final defeat within Supergirl’s Season 6 premiere this week is lame and disappointing, with Kara and friends conveniently showing up to bail out a dying Brainy, right before Brainy produces a convenient gizmo that allows Team Supergirl to destroy Gamemnae for good, and Leviathan along with her. Well, that was easy!

It’s a lot more accurate to say that Lex Luthor is once again stepping up as Supergirl’s big bad, a role that he seems to remain committed to filling for Supergirl’s sixth and final season, despite gaining all of Leviathan’s respective powers after some more alien tech manipulation with Lillian. As expected, this forces Kara and Lena to try and put aside their differences in order to stop Lex, who uses the cover of his public adoration in the wake of the re-written Earth-Prime universe that followed the events of Crisis on Infinite Earths to disguise a sinister plot to kill everyone that he can’t control. This tasks all of Team Supergirl with stopping the many moving parts of Lex’s plan, with J’onn and M’Gann flying up to use a Martian mind meld in order to stop Lex’s satellites, while Kelly tries to stop Obsidian’s VR from the building itself, Brainy tries to dissect and reverse Lena’s code from Non Nocere, and everyone else prepares to do battle with Lex at the Fortress of Solitude.

Despite Superman & Lois appearing to deliver its own promising take on an alternate Lex Luthor, I have to say that I really missed Jon Cryer’s uniquely kooky performance behind the pre-Crisis Earth-38’s Lex Luthor, and the proper Lex Luthor of Earth-Prime. Cryer is a reliably arrogant delight here, once again finding a way to lean into the cheesiness and self-aggrandizing that Supergirl is so often prone to, and thus making Lex a welcome bright spot in what’s otherwise a pretty shrug-worthy finish to the show’s Leviathan storyline. Despite Cryer’s efforts though, too much of this episode is still unfortunately spent with Team Supergirl infuriatingly moping about their supposed bad decisions during the battle against Leviathan, which eats up a shocking amount of time in a season premiere that should be focused primarily around the spectacle of confronting and defeating Lex.

Despite the unwelcome, prolonged pity party however, Team Supergirl is ultimately victorious, eventually stripping Lex of his Leviathan powers at the Fortress of Solitude, though at the cost of Kara being sent into the Phantom Zone. This would have been a decent twist for a season finale, as this episode was originally planned to be, but unfortunately, everyone fretting over Kara being lost in the Phantom Zone loses a lot of its impact when the twist is shifted to a season premiere. Because of this finale storyline’s retroactive re-tooling as a season kick-off, Kara will likely be freed from the Phantom Zone as soon as next week, making this planned final tragedy for Season 5 feel pretty toothless in the end.

Credit where it’s due though, I did ultimately approve of some of the twists with the other characters here, many of whom see far more satisfying story resolutions than Leviathan in particular did. Lena returning Myriad as promised after using it to thwart Lex’s killer programming and perversion of Non Nocere, though also using it to wipe Lex’s and Lillian’s minds of Supergirl’s secret identity beforehand, continues to have her character nicely walking the line between heroism and ruthless efficiency. Likewise, Andrea pulling a grand save to sever a nearly-bankrupt CatCo from a tanking Obsidian North feels smart, even if this smart turn has to occur because of a schmaltzy pep talk from Kelly (take a shot). Lastly, Alex finally being given her own superhero identity at long last by J’onn, “Sentinel”, a name that’s most commonly associated with OG Green Lantern, Alan Scott in DC Comics lore (it’s taken from a Martian friend of J’onn’s in the case of the Arrowverse though), is long overdue. If there’s one upside to Kara being temporarily imprisoned in the Phantom Zone, I imagine it’s a good chance for Alex to break in an identity as yet another vigilante protector for National City. 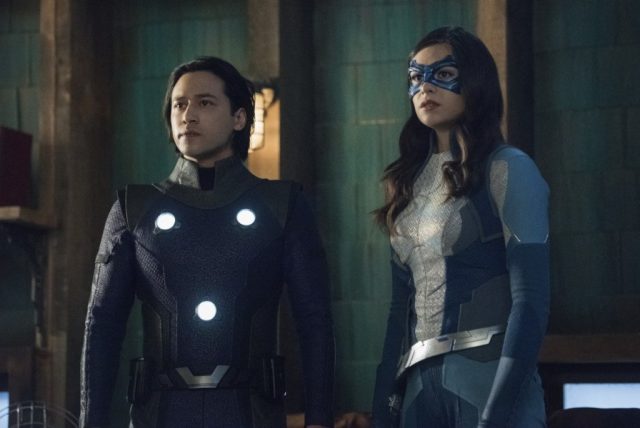 Thus, we’re left with probably the best belated conclusion for Season 5’s major storylines that Supergirl could have reasonably delivered. Even then though, Supergirl’s sixth and final season can’t immediately escape some of the lingering problems from last season. Leviathan don’t get any more appealing in defeat, most notably, and their ultimate destruction fully cements them as another batch of frustratingly lame arch-villains that Supergirl has churned out over too many prior seasons. Likewise, while the climactic battle against Lex itself is pretty enjoyable, it’s also hamstrung by far too much whining and self-pity from pretty much everyone on Team Supergirl taking place around it. The world is at stake, you idiots! You don’t have time for that self-indulgent shit!

Still, like I said, at least the leftover Leviathan arc is hastily cleaned up and shoved aside in just one episode. Here’s hoping then that Supergirl can at least end its six-season run with a truly inspired threat over the next few months, after the series inevitably contrives a quick fix to get Kara back on patrol in National City.

Supergirl Final Season Premiere: "Rebirth" Review
Supergirl kicks off its sixth and final season with probably the best belated wrap-up to its shaky prior season that it could have delivered, albeit one that still carries over some notable flaws.
THE GOOD STUFF
THE NOT-SO-GOOD STUFF
2021-04-01
75%Overall Score
Reader Rating: (0 Votes)
0%