Wales Interactive has found a niche, with most of its recent releases having fallen into the longstanding Full-Motion Video (FMV) genre. Sure, not all of the publisher’s games have been part movie and part interactive affair, but quite a few have been, which is good for fans of the category. After all, you don’t often see such titles these days.

We previously reviewed The Complex, which was rather impressive and well made, not to mention quite interesting. Now, the publisher has released another FMV, and it goes by the name of I Saw Black Clouds. This time around, however, it doesn’t seem to have been an in house production, as Ghost Dog Films is listed in the developer category.

I Saw Black Clouds deals with sensitive and topical subject matter, and won’t be for everyone as a result. It’s dark, dreary and depressing, and can be a bit of a mind fuck. Thankfully, this game does a decent job of handling sensitive things, even if it’s not the most well made, most polished or most engaging experience. 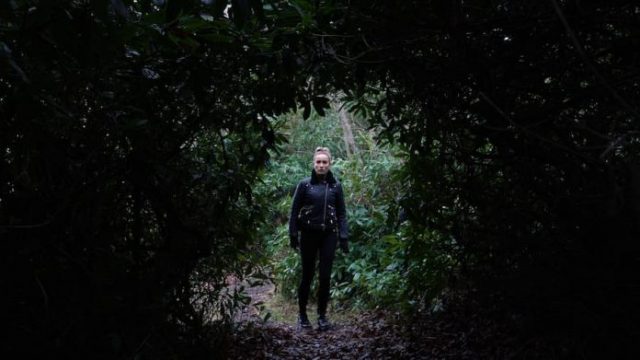 Things begin on a somber note, as main character Kristina Morgan comes home to attend the funeral of her close friend, Emily. Days before, Emily succumbed to depression and took her own life to ease the pain, shocking the friends who had moved away and hadn’t stayed in touch. Thankfully, Kristina has her friend Chloe to lean on for support, and vice versa.

After speaking to Emily’s mother, we’re asked to visit her daughter’s former home to get a piece of jewellery. Her mother is simply too upset to go back there, which is understandable.

Something is obviously amiss, though, because the atmosphere there is all wrong, and something keeps trying to lead us to certain areas of the house. It’s represented by an apparition and ghost hands, which come out from underneath a dresser to grab Kristina’s foot, so that she will look underneath and find a journal. It’s that particular journal that provides us with insight into Emily’s tormented soul, which honestly hit close to home on a personal level. I’ve been in that space for more than a decade, but have been too afraid to do anything.

As you’ve likely guessed, I Saw Black Clouds is a horror/thriller movie turned game. The choices you make change how things progress, and can affect which ending you end up receiving, but the core experience attempts to mess with your mind and scare you from time to time. Those scares are unfortunately pretty timid and underwhelming, though, and generally come in the form of jump scares that aren’t too effective.

In other such games, the choices the player makes have a big impact on what ends up happening afterwards. That isn’t necessarily the case here, because many of the choices feel banal. In fact, one of my peers played through this thing ten times and somehow ended up with the same ending each time, even though there’s at least four different ones. How does that happen?

I must admit that I wasn’t interested in playing it that much, and don’t think I would particularly care to revisit this title in the future. There’s simply nothing special about it. It may be part ghost story and part murder mystery, but it doesn’t do either very well. 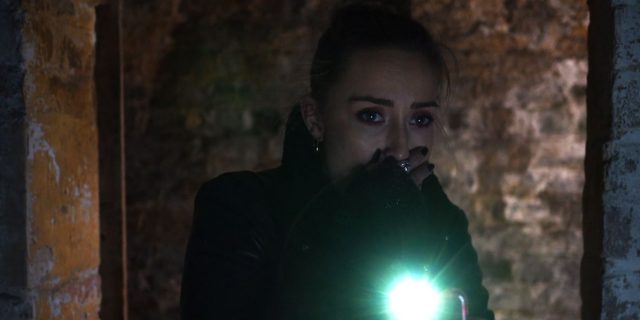 Over the course of about an hour and a half, you’ll watch as Kristina speaks to a limited cast of characters and visits abandoned buildings to find out what happened to Emily. That is, why she took her own life, and what happened at the clinic she stayed at to send her off the edge, so to speak. Your options will be presented as two different choices, and the scenes will change depending on which one you’ve picked.

The game also tracks your choices and adjusts your relationship statuses and personality traits based upon them. These can be seen by pressing pause and selecting the appropriate menu screen, but they don’t seem to matter all that much.

Good Full-Motion Video games are well edited, make you think and provide a challenge, but this one doesn’t offer much in the way of that. The story is quite linear, even if it does offer choices, and things always seem to lead to the same general place. Furthermore — at least on Xbox One and the Xbox Series — bugs or development issues prevent this from being a seamless and polished experience. Scene changes are cumbersome, dialogue is sometimes skipped or lost (despite the subtitles appearing) and things sometimes jump around so much that it can be a bit confusing. These audio and editing bugs are surprisingly noticeable and really harm the experience, especially when Kristina appears with a random head wound. The publisher did say that a patch is coming, but nothing has as of my writing this review.

For the most part, this British psychological horror narrative looks good and is decently shot. It didn’t have a massive budget, but they did pretty well with what they had. The acting is also, unsurprisingly, hit and miss, as is the writing, but it’s better than expected. Kristina’s actress (Nicole O’Neill) does a good job, but her friend Chloe isn’t portrayed very well.

That said, some of the shots are quite basic, the visual editing can be poor, and there’s a bit of noise in the imagery. There are also the problems with the audio that I mentioned above.

At the end of the day, I Saw Black Clouds is tough to recommend. While I appreciated how it handled themes of depression, suicide and loss — at least at the beginning — it quickly devolved into a typical and unsurprising psychological horror story. It’s also not much of a game, given that its choices are limited and it’s tough to unlock more than one ending. As a result, this is something that most will probably want to skip.

This review is based on the Xbox One version of the game, which we were provided. We reviewed it using an Xbox Series S review unit.