“So here I am, doing everything I can; holding on to what I am; pretending I’m a Superman…”

It’s hard to think of a song that defines a video game more than Goldfinger’s ‘Superman’ and Tony Hawk’s Pro Skater. Not only was it the best and most popular tune on a rather great 90s soundtrack, but it’s also become synonymous with the game itself. Check any related Reddit post or message board thread and you’ll see people posting its lyrics as comments.

Prior to playing the original THPS game, I’d never heard of or listened to Goldfinger. Soon after starting, though, ‘Superman’ became pretty much the only song I’d listen to. Then, years later, a friend put the band’s first album on during a middle school or grade 9 party and I became a fan. In the many years since, I’ve seen them live seven times and met them twice, though I admittedly haven’t listened to them much as of late. Speaking of that, I really need to check out their last two albums.

To say that I’m a fan would be understating things, which is why I was beyond excited when Activision revealed that it was remaking and re-releasing Tony Hawk’s Pro Skater 1 & 2 onto Xbox One and PlayStation 4. As soon as I could, I picked up my controller and was instantly transported back to better days. You could also say that I became slightly addicted. In my defence, there’s simply nothing more fun or more replayable than these games.

When I reviewed this remake, it received our highest score in quite some time. After all, it was nearly perfect. The only real issue came in the form of a design decision that made it impossible to replay the tours as different skaters. Sure, you could replay each level, but the goals would remain crossed off and only stat points would remain.

Fast forward to the end of March, 2021 and all is well in THPS Land. Not only has Activision patched that problem out of the game, but they’ve also updated, enhanced and re-released it onto next-gen consoles. Thus, there are now versions for the Xbox One, PlayStation 4, Xbox Series S|X and PlayStation 5, with the older iterations both being backwards compatible for those with interest. Hell, the title is also heading to Nintendo’s Switch; thus allowing skating on the go. 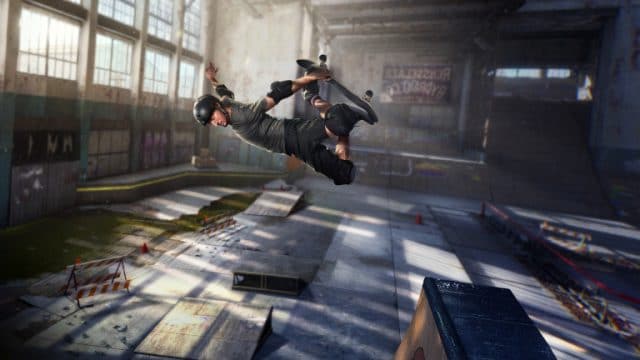 After spending a lot of time with the PlayStation 4 version of the game, I requested the Xbox Series version for a change. I was curious to see how it handled using the Xbox Series’ d-pad, and simply wanted to beat it/be able to play it on a different platform. Well, now that I’ve spent a good amount of time with both, I must admit that I do prefer the DualSense and DualShock 4 controllers for these games, as I always kind of have. The Xbox version is still very good; it’s d-pad simply isn’t as great as Sony’s.

It took me a bit to get used to the new controller, but I got the hang of it after a short amount of time and got back into my usual groove. That isn’t to say that I’m one of those amazing combo masters who can get twenty million with ease, or one billion with effort. No, that isn’t the case at all. I’m not as good as I used to be, but I can get a million or two without too much blood, sweat and tears.

The next-gen versions of Tony Hawk’s Pro Skater 1 & 2 introduce some new features, including 120FPS, 4K visuals, haptic feedback (using the PS5’s triggers) and updated graphics. I wish I was able to play at the updated resolution and framerate, but my TV unfortunately won’t support them. I’ve heard that it’s a buttery smooth and beautiful game changer, but will have to wait until I upgrade my TV. I had meant to before this generation started, but just haven’t gotten around to it because I can’t decide on what to get.

Thankfully, the game plays very well at its regular framerate. That’s what I’m used to anyways.

If you’re coming from the PlayStation 4 or Xbox One version of Tony Hawk’s Pro Skater 1 & 2, you’ll certainly notice a difference, even if you don’t play in 4K. The lighting truly is a lot better, and it’s sometimes different depending on where you are. For example, the lower area of New York City — where the art piece is — has a much more noticeable blue tint to it, as does the hidden room in the Hangar. Honestly, everything looks brighter, more detailed and more realistic, including puddles that reflect sunlight in more realistic and stunning ways.

They’ve gone and made a nice looking and incredibly fun game even better, and I’m all for it.

At launch there was an issue with the Xbox Series (X?) version crashing on people, but I never experienced any sort of problem. The game ran smoothly, it played well, and it was a seamless experience overall. 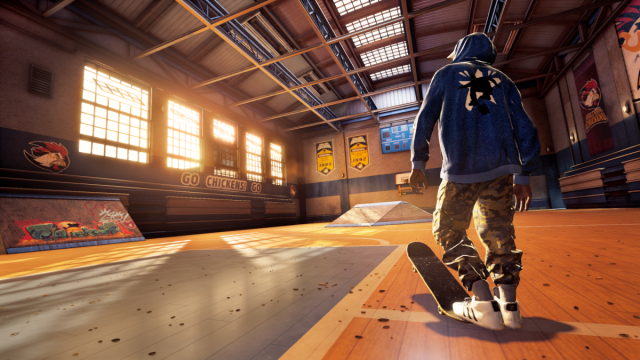 Since I covered the basics, mechanics and contents in my original review, I won’t delve into those again here. Just know that all of the previously released content is included here.

If you’ve yet to play Tony Hawk’s Pro Skater 1 & 2 and own a next-gen console, there’s no reason not to purchase the PlayStation 5 or Xbox cross-gen bundle, which gives you access to both (Xbox One and Series) versions of the game. However, if you’ve already purchased and played the heck out of one of the last-gen versions, you’ll want to weigh the value of upgrading. The improvements are certainly noticeable, but going from PlayStation 4 to PlayStation 5, or Xbox One to Xbox Series, isn’t free. It’ll cost you at least ten dollars, which is the price to upgrade digitally. If you purchased the game physically, you’ll have to buy it all over again, which is honestly pretty messed up.

Having to purchase the disc again is honestly the only issue I have with what is otherwise a perfect upgrade to an incredible pair of games.