NOTE: Full spoilers for this episode of, “The Falcon and the Winter Soldier”, including multiple major character deaths, are present in this review

Even after all of the stellar excitement in Madripoor last week, The Falcon and the Winter Soldier is continuing to find ways to up its stakes and intensify its battle for the Super Soldier Serum for its fourth episode this week. “The Whole World is Watching” presents more of a slow burn storyline, in contrast to the non-stop thrills of last week’s Madripoor storyline, but the outstanding payoff to a new series of character conflicts is just as excellent and rewarding as any of the story turns for the previous episode. This is doubly true for John Walker as well, who ends this episode on a chilling path of no return, one that begins to emulate the initial fall of his character’s Captain America identity from Marvel Comics lore.

While Walker and Hoskins continue to close in on Sam, Bucky and Zemo however, Bucky promises Ayo that Wakanda can take Zemo in to face justice for King T’Chaka’s murder, but only after eight hours. This buys some time for Bucky and Sam, but the window to locate Karli is quickly closing nonetheless. Sam and Bucky continually turn up dead ends to boot, as every post-Blip refugee in Latvia seems unwilling to talk to them, let alone trust them. It’s actually Zemo that ends up saving the day here, using Turkish delight to win the favour of a young child that leans the heroes to Karli. Unfortunately, by this point, Walker and Hoskins have located Sam, Bucky and Zemo, and they’re especially eager to take both Zemo and Karli to prison by any means necessary. 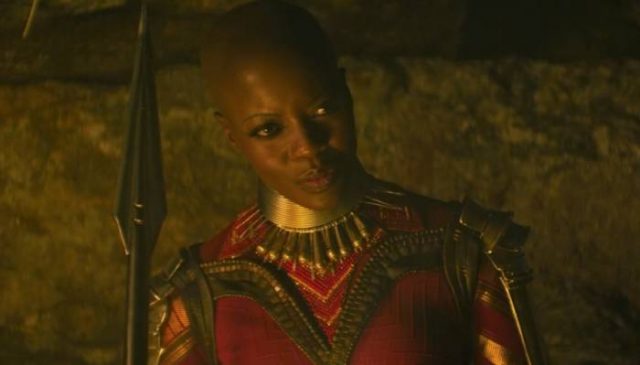 Bucky manages to hold Walker and Hoskins off long enough for Sam to get an audience with Karli, following Mama Donya’s funeral ceremony though. This provides another standout opportunity for The Falcon and the Winter Soldier to flex its political and philosophical themes, particularly in regards to Karli being in denial about her Super Soldier efforts as their own form of supremacy. Once again, a growing amount of people find themselves wielding the power and symbol of Steve Rogers, but none can ultimately match Steve’s convictions and desire to do good, while always respecting the shield that he carried. The over-arching tragedy behind The Falcon and the Winter Soldier seems to be that no one appears to be able to live up to Steve’s example, no matter how hard they try, leaving only a web of tangled political causes and controversial, unsanctioned acts of war that just keep making the world worse.

Sam’s conversation with Karli also ends up being cut short by Walker, who makes a failed effort to arrest Karli, in turn causing Karli to believe that Sam is working for the new Captain America. After Karli bombed the GRC building towards the end of last week’s episode, it’s been very disconcerting to see just how far her character has fallen in a short amount of time, despite the fact that she and the Flag-Smashers are quickly being recognized as heroes by the downtrodden people that were displaced by the Blip. If anything, Karli’s bombing only accelerates the re-drawing of world borders to boot, exacerbating Karli’s agenda right as Walker’s agenda also finds itself heating up. This is because, when Zemo corners Karli earlier on, he destroys all of her dropped Super Soldier Serum while Dovich hurries her away, though unfortunately misses one vial… A vial that Walker ends up pocketing.

This series has done a good job leaving Walker’s potential use of the Super Soldier Serum up to interpretation until now, but it would seem that he indeed didn’t take it… Until this week, anyway. Despite Walker’s latest controversial turn in taking the Serum however, even Walker finds his moral center kept by Hoskins, who acts as a sounding board while Walker recounts being uncomfortable with his Medals of Honor, following the apparently horrific acts of war he had to perform during his tour in Afghanistan. As it turns out, Walker is an exemplary soldier who didn’t initially need the Super Soldier Serum, but after a combination of political pressure and war trauma, Walker nonetheless finds himself crumbling and feeling gradually more powerless. It’s a surprisingly human, challenging take on his character that actually digs a bit deeper than Walker simply being a fringe, hard-right conservative, like he is in Marvel Comics lore.

That powerlessness further comes to a head when Walker tries and fails to negotiate with the Dora Milaje as well, after Bucky’s deadline is inevitably up. The Dora Milaje end up clobbering Walker pretty effortlessly, compounding the heroes’ issues in turn by allowing Zemo an escape through a hidden tunnel dug into a nearby bathroom during the confusion. Thus, Wakanda is left to hunt Zemo elsewhere, while Walker capitulates off-screen to taking the Super Soldier Serum. This perfect storm of events throughout this episode is wonderfully executed, despite it serving the opposite tone and pacing as what we got last week. Even while Sharon and the Power Broker are pushed into the background in this case, The Falcon and the Winter Soldier continues to excel by re-framing the focus around the show’s so-called ‘heroes’, who all face their own separate inadequacies trying to put right a crisis that is quickly growing beyond any of their control. In fact, only Zemo seems to be in control at this point, nicely continuing to blur the lines between the efficacy of heroes and the unfortunate necessity of villains.

Even then though, the best, most shocking turns of this episode are saved for the climax. After some pretty exciting hand-to-hand fights against the Flag-Smashers, Hoskins ends up being captured, which further pushes Walker off the deep end. By the time Sam and Bucky arrive to try and help though, Karli attacks Hoskins, who managed to free himself while the other heroes pursued the Flag-Smashers. Apparently, Karli hit Hoskins a little too hard though, snapping his spine on a stone column, and killing him! This is one of The Falcon and the Winter Soldier’s most shocking turns yet, even more so than Karli seemingly threatening Sarah and her sons to draw Sam out beforehand! Just like Walker, Sam and Bucky, Karli is quickly losing control of her own good intentions, which has now culminated in the death of one of America’s sanctioned superheroes. Karli and several of her underlings do manage to flee when Walker inevitably sees red, but one of Karli’s favoured Flag-Smasher allies, Nico isn’t quite so lucky, ultimately being beaten to death by Walker, who caves in Nico’s chest with Captain America’s shield, while a horrified crowd watches and films the whole ordeal!

Walker snapping and killing Nico in such a violent, public fashion effectively emulates the beginning of the end for Walker’s career as Captain America in Marvel Comics lore, shortly before Steve ultimately took back the mantle in the printed panels. Steve is very firmly retired in the Marvel Cinematic Universe however, where he’s now seemingly an old man in his 90’s, so if anything, Walker’s inevitable fall in the MCU probably primes Sam to take back Captain America’s shield instead. Even then though, Karli ironically echoes Sam’s repressed desire to destroy the shield in this episode, claiming that it’s a relic of a bygone era, when good and evil were clear-cut principles, and before the Blip completed the world’s overall destruction of vintage sensibilities like conventional morality. It might be even more shocking, though not entirely unprecedented, for no one to take up the mantle of Captain America by the end of this series, leaving Steve’s shield to instead be destroyed, or perhaps permanently sealed away. 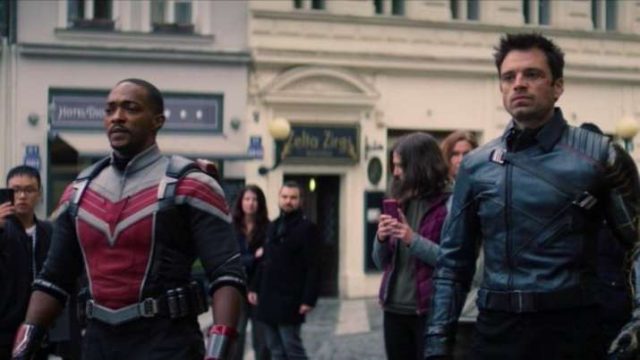 More likely though, I imagine that The Falcon and the Winter Soldier will choose the narrative path of justifying why the world will always need a Captain America, but also why that mantle can’t be held by just anyone. Absolute power corrupts absolutely, after all, and just like Hoskins says, power makes someone more of themselves. The question is then, if no one else is truly like Steve Rogers, who justifiably deserves, “Power” anymore? All these themes and more are beautifully examined in, “The Whole World is Watching”, which stands as another brilliant, politically-charged episode of The Falcon and the Winter Soldier, even with the move to a slow burn style of pacing this week. The eventual explosion of Hoskins’ death and Walker’s violent mental collapse, both further consequences of Karli’s increasingly misguided efforts, is well worth the methodical journey to them, even with the show taking a more serious tone and minimizing the humour this week, despite also managing to sprinkle in some thrilling hand-to-hand fights with the Flag-Smashers when appropriate.

With two episodes left, it’s really looking like The Falcon and the Winter Soldier is effectively pushing its ideas to even more ambitious, rewarding territory every week, and I really hope that continues for the remainder of this miniseries. As with last week, there’s really nothing noteworthy to complain about in this show’s latest episode. Assuming The Falcon and the Winter Soldier maintains its present momentum, it could handily overtake WandaVision as the gold standard of MCU storytelling for Disney+!

The Falcon and the Winter Soldier Episode 4: "The Whole World is Watching" Review
The Falcon and the Winter Soldier delivers a more somber, slow burn narrative this week, though the series nonetheless remains at the top of its game, as both Karli and Walker find their delicate ideals collapsing around them.
THE GOOD STUFF
2021-04-09
95%Overall Score
Reader Rating: (0 Votes)
0%