NOTE: Full spoilers for this backdoor pilot of, “Painkiller” are present in this review

Black Lightning’s back on the air after taking a whole month off, but the series still isn’t quite ready to pick up in Freeland proper yet. Instead, the show is airing a backdoor pilot for its proposed spin-off, Painkiller this week, which will unfold from the perspective of anti-hero Khalil Payne, and his darker half, Painkiller, the sinister killing machine placed into Khalil’s mind by former ASA head, Percy Odell. “Painkiller” thus presents a very different take on an Arrowverse property, not only because it unfolds from the perspective of a rather obscure DC character, but also because it effectively harkens back to the earliest days of progenitor series, Arrow, thanks to a darker, anti-hero-themed focus that promises a more morally grey, violent DC drama than the current Arrowverse crop tends to offer.

As for whether we strictly need a Painkiller spin-off though, that’s another matter. On the note of Arrow, it also incorporated a backdoor pilot strategy with its penultimate episode early last year, attempting to launch a failed spin-off, Green Arrow & The Canaries. That series wasn’t picked up by The CW in the end, and HBO Max also refused to host it, leaving the Arrowverse’s Green Arrow Family storylines more or less permanently resolved with the conclusion of Arrow at the start of 2020. In hindsight, it’s not difficult to see why Green Arrow & The Canaries failed to launch. Its backdoor pilot wasn’t all that impressive, it didn’t meaningfully expand upon existing tropes that had already been fully explored on Arrow, and its supposed hook seemed to merely be the fact that its leads were all women, which definitely wasn’t enough to provide the series with a meaningful reason to exist within the Arrowverse.

One thing Painkiller definitely does better by contrast is how it much more effectively sets itself apart from the storytelling formula of Black Lightning. In fact, compounding the irony in relation to the aborted Green Arrow & The Canaries spin-off is the fact that Painkiller’s future-flavoured setting, Akashic Valley, a made-up city that, much like Freeland, doesn’t exist in DC Comics lore, is a much more distinct and creative futuristic environment than the one offered in Green Arrow & The Canaries, which was supposed to take place in the 2040’s! There’s a heavy reliance on green screen backgrounds, a likely constraint caused by the predictably paltry CW-level budget, but Akashic Valley nonetheless looks like a cool new location for the Arrowverse, almost functioning like an edgier throwback to the neon fever dream of Joel Schumacher’s cinematic Gotham City from 90’s DC movies, Batman Forever and Batman & Robin.

The excuse to visit this exotic new land from Black Lightning’s perspective comes when Anissa and Grace decide to take a brief vacation to Akashic Valley, after getting a tantalizing honeymoon invitation. Not long after arriving however, Grace is kidnapped by a mysterious villain, with Anissa attempting to intervene, only to unexpectedly run into Khalil, and get a big dose of Painkiller poison for her misfortune! Anissa is nonetheless fixed up though, and this is where we meet Khalil’s and Painkiller’s expected supporting team, an Arrowverse staple. Khalil’s team is modest at this point, merely consisting of tech expert, Philky, a former resident of Gotham City with a rough past, and former army medic, Donald, but they’re both likable enough characters. They’re not developed too much, but I imagine that said development is being intentionally withheld with the hopes that Painkiller gets ordered to series by The CW, allowing it to quickly replace Black Lightning some time after it airs its final episode next month. 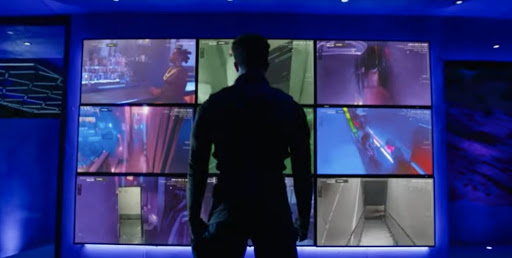 The apparent arch-villain of Painkiller also appears to be a highlight so far, that being Maya, a mysterious and shady crime boss that seems to own every municipal figure, from politicians to police to judges, in Akashic Valley. Maya’s ultimate plot involves crypto-jacking Akashic Valley’s citizens and mining their brains for cryptocurrency, somehow, along with some other sinister something or other. It’s a pretty bonkers plot, surprisingly so when you consider how much Black Lightning likes to pride itself on more grounded, relatable stakes, but I suppose this proudly comic book-y villain agenda fits nicely in the very comic book-flavoured Akashic Valley, a city that’s far more exaggerated and fantastical than Freeland ever was. It’s actually somewhat difficult to believe that Black Lightning and Painkiller share a universe to some degree, but again, this at least helps to firmly differentiate Painkiller as its own independent offering, and nothing resembling a half-hearted Black Lightning knock-off, which Painkiller easily could have become off the back of Khalil’s self-imposed exile from Freeland.

That exile feels especially valid when you see just how much Khalil is continuing to struggle with his Painkiller persona as well. Despite Khalil appearing to get a handle on Painkiller during the big ASA battle from Black Lightning’s third season, his Painkiller personality nonetheless continues to fight for control over Khalil’s mind. Khalil himself simply wants peace, for himself and the citizens of Akashic Valley, but Painkiller is far more lethal, desiring as much violence and carnage as he can enact, while also retaining a ravenous kill order that would see him terminating the Pierce family with extreme prejudice. This duality is a little corny, and a little… CW, for lack of a better term, but the overall story device of a schizophrenic anti-hero is intriguing, almost feeling like a DC-flavoured take on Tom Hardy’s live-action Venom. The Arrowverse hasn’t truly attempted something like that before, and if it manages to do something interesting with this idea, Painkiller will have no trouble presenting a distinct, engaging lead anti-hero, at least where the writing is concerned. 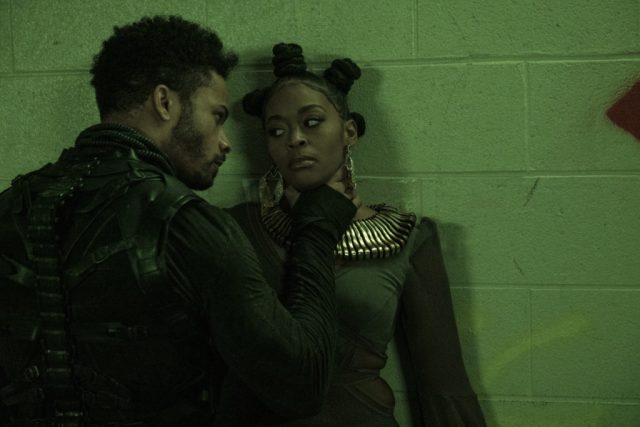 On the flip side though, Jordan Calloway is seeing some growing pains as a leading man. Calloway works great as a supporting actor on Black Lightning, but when he’s thrust into a lead role, he comes off a little stilted and wooden so far, even with the Venom-esque voice filter placed over Khalil’s Painkiller persona. This is part of why Khalil’s internal struggles feel a little cheesy in execution. Calloway doesn’t have the superb, grimacing menace of Stephen Amell’s Oliver Queen/Green Arrow, or even the exotic edge of Ruby Rose’s Kate Kane/Batwoman. He’s just kind of a stoic thug, leaving lots of room to grow in Calloway’s performance.

Fortunately, where Calloway does excel more is during the action scenes. The hand-to-hand fight choreography isn’t quite as fast-paced as it was on Arrow in this backdoor pilot, but it’s still pretty solid overall, and definitely a step up from Black Lightning’s more frequently shaky hand-to-hand battles. The best evidence of this is during the climactic fight scene in the building where Grace is supposedly being held. There’s a clear-cut difference between Khalil’s and Painkiller’s fighting techniques, and while the dopey, CW-approved slow-mo directing for Painkiller’s fighting is another flourish that isn’t nearly as cool in execution as hoped, the actual technique behind the fighting in Painkiller is very solid, even if the more uneven direction of this backdoor pilot can sometimes let it down.

Regardless, there’s also a standout final twist to close out this episode, after Grace ultimately frees herself from capture, before Khalil predictably fails to secure some magic technology that could supposedly liberate him from Painkiller’s proclivity for violence. As it turns out, “Maya” is actually Maya Odell, the daughter of Percy Odell, former ASA head, and the man responsible for Khalil being plagued by his Painkiller personality in the first place! That presents another solid link to Khalil’s dark history from his time on Black Lightning, while also creating an effective end goal for Painkiller right out of the gate– Khalil wants to either master or permanently suppress his Painkiller side, so he can return to Freeland, and reunite with Jennifer. Anissa naturally doesn’t mention to Khalil (at least not directly) that Jennifer is in a different body now, but she does promise not to tell her sister where Khalil is currently hiding out, before she and Grace leave Akashic Valley and return to Freeland, thus allowing Black Lightning to resume its previous storylines next week. 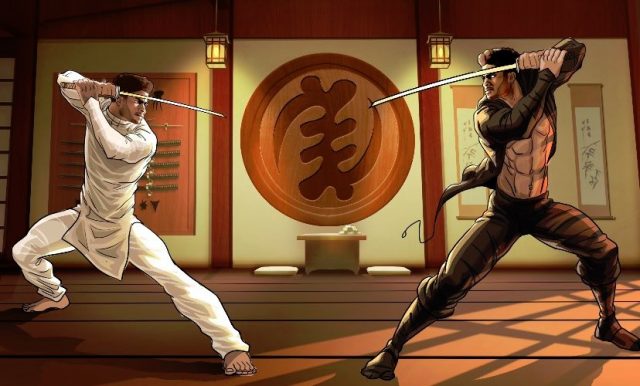 I have to admit, Painkiller exceeded expectations for me in some respects. It was a lot more creatively distinct than I imagined it would be, confidently carving out its own unique niche in contrast to Black Lightning, and functioning more as a dark, neon-drenched odyssey of violence and psychological terror, with seemingly no interest in Black Lightning’s social justice-flavoured yarns. This backdoor pilot is also much more interesting and memorable than the failed one for Green Arrow & The Canaries before it, leaving me much less ambivalent, and much more intrigued at the prospect of Painkiller joining The CW’s Arrowverse lineup in earnest. There’s definitely room to grow if this proposed spin-off series gets picked up, especially with some of the hokey plotting here, not to mention Jordan Calloway’s lead performance needing a bit of refinement, but Painkiller has a solid amount of potential. It’s the darkest and most sinister that the Arrowverse has been since Arrow first debuted with its pitch-dark pilot in 2012, plus Painkiller’s ideas definitely seem to have much more legs in general when compared to the flagging Pierce family storylines that Black Lightning’s final episodes are still struggling to slog through.