I’m a sucker for an interesting premise, especially when it comes to the horror and thriller genres. That’s why I was quick to request The Girls Are All So Nice Here by Laurie Elizabeth Flynn when I saw it appear on a list of early review copies. It’s unfortunately taken me too long to get to it, due to accidentally biting off more than I can chew, and some unexpected health problems, but I’ve finally finished it and want to share my thoughts.

Set at Connecticut’s own Wesleyan University, this is a story about mean girls on steroids. The title may suggest otherwise, but once you read the first number of chapters you’ll realize that it’s dripping with sarcasm. The opposite is true, as opposed to the literal interpretation.

Everything begins as a thirty year-old woman named Ambrosia Wellington receives an invitation to her 10 year college reunion, along with a cryptic note that brings back memories of a not so great time. The year is 2017, and said reunion is for the Class of 2007, although a lot of the book takes place during the main character’s first year of postsecondary. Thus, we hearken back to an age of flip phones and bulky Nokias, just prior to when smartphones consumed us all. 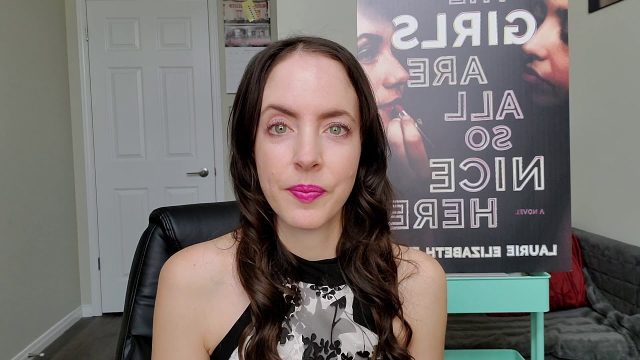 During her first year of college, ‘Amb’ roomed with an all too perfect girl named Flora, in the Butterfield C dorms. They were neighbours with several other girls who attempted to befriend them, including a rather wild girl named Sloane ‘Sully’ Sullivan. Although Flora did everything she could to become best friends with Amb, and treated everyone around her well, her roommate still developed jealousy over how easy everything seemed to come to her. On top of that, a love triangle developed when a certain someone visited campus.

This is largely a derivative thriller, which presents another mostly familiar tale about young women being mean to each other while at school. However, The Girls Are All So Nice Here takes things to an extreme. That doesn’t make it better, or much more unique, than those who have followed; it’s just a bit darker. As such, those who have trouble reading about topics like depression, sexual assault and bullying should steer clear of this novel, else they may find themselves triggered by its contents.

When I read a book, I like to have someone to cheer for. That’s usually the protagonist, but not always. In this case, there was absolutely nobody to really care about or identify with, because almost all of the characters were so two-faced. The main characters were the worst, but the supporting cast wasn’t necessarily better. They’re not too friendly with Ambrosia at times, and it makes her wonder if one of them lured her back to the reunion she didn’t want to attend, in order to bring up something from the past.

The thing is, very little feels organic or believable. It’s hard to imagine that people could be so callous, rude and downright evil, especially in the way it all develops here. There’s a serious lack of depth in certain areas, too, including the other girls in the dormitory and ‘friend’ group, as they’re often mentioned without much detail. It was hard to remember most of them, or keep them all from getting muddled up, and that was especially true with two other friends Ambrosia said she met later. This thing had a lot of characters, but so many of them were very underdeveloped and felt more like conveniently dropped names than real people. 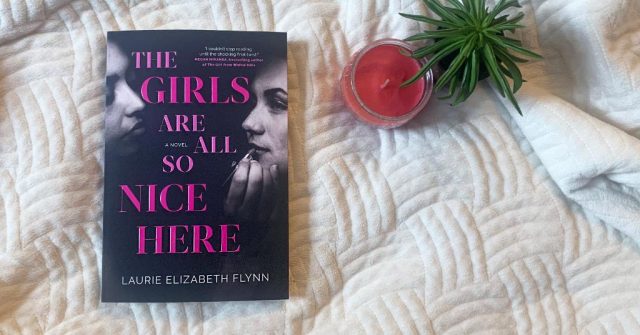 Sully and Ambrosia are the central focus, though, as the latter narrates every chapter; many of which take place in the past. Ambrosia came to school as a nice girl, but quickly became something completely different after meeting Sully; a change that feels too quick and too severe. Sully, though, is the resident s-word, who sleeps with a new guy every night and treats them like interchangeable objects. She’s sexy, intoxicating and perhaps even evil, with a penchant for stealing the phones of the guys she hooks up with. Why? To text other young women and cause chaos.

It’s obvious from the start that Amb aspires to be like Sully, and she doesn’t hide it. There are many instances where she talks about how she needed to up the ante in order to keep Sully interested in being friends, because she’d get bored so easily. This, in turn, made the bullying of other girls worse. I won’t say much more, though, to prevent spoiling anything.

As you can likely guess, a tragedy occurred at Wesleyan during their time as its students. Something that wasn’t fully explained or solved, and still haunts our protagonist to ‘this day.’ She’s been summoned back for a reason, and someone wants to either hurt or expose her. She simply doesn’t know who it is, or what they have planned, and fears bringing her husband (Adrian) to her alma mater. Spoiler alert: they still end up attending.

Two things that have really stuck with me since finishing this book include a quote by Amb and the author’s choice of music. First, I found it funny and odd that a girl named Ambrosia would make fun of someone named Flora for having a weird, girly and dumb name. Secondly, it surprised me when the two went for a drive and Sully put Slipknot’s heaviest album on. Nothing bad was said about the music, and I was happy to see it mentioned as a fan, but afterwards I started to wonder. Did the author pick Slipknot/Iowa because some people see them as being Satanic when they’re not? As a way to make the girls look meaner? Or does she simply like them? I hope it’s the latter, because they’re great and misunderstood. 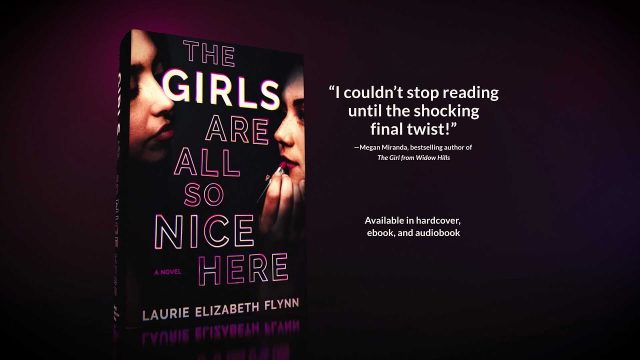 At the time I requested The Girls Are All So Nice Here by Laurie Elizabeth Flynn, I didn’t know that the author was Canadian. When I borrowed the actual finished book (because reading it felt smarter than reviewing the pre-release ePub that wasn’t fully finished), I noticed that she was a former Canadian model, and was happy to support her even if I wasn’t exactly doing it financially. It made me want to like this book more, and also made me keep going when I wasn’t enjoying it all that much. Then again, so did the completionist inside me, and my interest in finding out how this unbelievable thriller would end. Spoiler alert: It did so predictably, and everything I’d guessed from about the halfway point turned out to be correct. That is, except for a rather strange epilogue that I’m still not sure about.

Although this is a well written story, it’s simply not all that interesting or complex. I’ve read many other books that have done similar things better, leaving this feeling like a generic and forgettable narrative. There’s simply not enough depth or likeable aspects here, and the secondary characters have so little detail that they feel like interchangeable names. I wish I’d liked it more, or liked it at all, but I simply didn’t and must be honest. I was excited to read this one, and thought it started off pretty well, but became quite bored after a while, and had to push myself to finish.

While I’d like to give The Girls Are All So Nice Here a positive review, I simply cannot. It’s far from being one of the best books I’ve ever read, and is something I seriously struggled to enjoy. After originally giving it 2/5 stars (which means ‘It was OK’ on GoodReads), I didn’t feel right and went back to change it to just one star. It simply wasn’t for me.

This review is based on a book that we were provided with. Thanks to NetGalley and the publisher for doing so. Receiving it for free did not affect our review, though.