Fear the Walking Dead definitely hasn’t pulled its punches over the past couple of episodes. After a season that’s already proven unpredictable and emotionally challenging (not to mention arguably this spin-off’s best season to date so far!), the series violently shifted its narrative with the unexpected death of fan-favourite ally, John Dorie, immediately before June took violent revenge in the following episode, shooting a defenseless Virginia dead in cold blood. Thus, with Fear the Walking Dead’s previous arch-villain now six feet under, and Lawton being taken by Strand’s splinter group, the show is preparing to shift toward a new threat, and that threat could very well be coming from within!

“Handle with Care” centered the narrative’s perspective on Daniel this week, as he’s tasked with keeping the peace during a meeting between all of Fear the Walking Dead’s surviving major factions. The question is naturally what’s to be done about the growing threat behind the mysterious, “The End is the Beginning” group, enemies so dangerous that not even Virginia wanted to engage them. This mysterious group hasn’t contacted Morgan’s settlement, or anyone else yet, but everyone knows it’s probably only a matter of time. Indeed, after Morgan leaves to find some baby gear for a potentially-in-labour Grace, the shit really hits the fan after a dynamite explosion sounds near the survivor leaders’ meeting, which predictably attracts a whole bunch of walkers.

Despite the palpable threat of the dead coming to Morgan’s community’s gates however, an even bigger threat begins to form between the on-edge, distrusting leaders of the show’s survivor factions. After all, as Daniel quickly concludes, the dynamite was likely set off by a traitor, one that’s already been turned by the mysterious group that Virginia was so afraid of. This quickly causes a stir, and leads to a fantastic plot device to kick off the post-Virginia era, namely that a bunch of shady, untrustworthy survivor leaders are all potential traitors that are actually working to undo and destroy the other communities. What makes this tragic tease even more effective is the fact that the various survivor factions are led by many of the most likable, appealing characters on Fear the Walking Dead, quickly setting viewers up for reliable heartbreak, should any of them turn out to be a mole for the bad guys.

This impeccable mystery is strengthened further after Daniel and Charlie find all of the leaders’ confiscated weapons missing to boot, giving the survivors a hefty disadvantage against the growing amount of walkers coming to the gates. After Daniel intentionally lets some walkers in to flush out the saboteur however, Strand fires on them, saving the lives of a couple of the leaders. Regardless though, Strand appears to be the thief, prompting Daniel to lock him up, and threaten him with a gunshot to the face! Okay, in fairness, Strand is the obvious suspect. He’s one of the shiftiest, most unpredictable wild cards in this show’s ensemble, and considering his recent behaviour at Lawton especially, Strand has proven on numerous occasions that he’s ultimately in the walker apocalypse for himself, and will happily betray his allies if it suits his agenda. 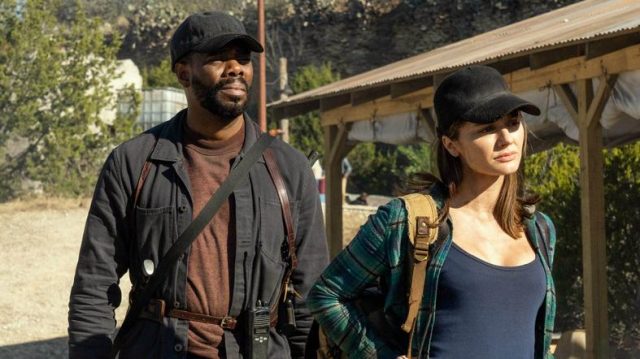 Surprisingly though, the show had another great twist in store, one that allows this episode to soar as one of the best episodes that Fear the Walking Dead has yet delivered within a season that’s already proven to be mostly fantastic up to this point! After Morgan returns with the MRAP, quickly dispatching the walkers trying to get into the community, Daniel tells him that he sent Grace and Charlie to the fisher’s shack, so they could be safe from the threat of sabotage. Once Morgan, Jacob and Daniel set out and successfully locate Grace and Charlie however, Grace and Charlie claim that Daniel actually pointed them towards the unmapped caverns, claiming that the shack wasn’t safe. Daniel is predictably confused by this, but after a call from within Morgan’s community, it’s also confirmed that Daniel himself hid the weapons, and forgot that he did so. Clearly, something is very wrong with Daniel.

This is a great way to cap off a really intense, foreboding survivor storyline this week. Again, it ironically plays with established expectations surrounding Daniel’s previous story arc this season, where he feigned forgetfulness in order to pacify Virginia. Now though, Daniel is quite literally forgetful, leading to me quickly wondering if the show was going to have him sink into dementia, or some other age-related illness, which would certainly be new territory for one of AMC’s Walking Dead shows. Alas, if there’s one small annoyance in the writing here however, it’s the fact that June later gives Daniel a rough mental screening (which is how Daniel’s narrative is done in media res throughout this episode), and claims that his issues aren’t neurological, but psychological. That’s kind of lame, since it indicates that the show has an easy out through which it can backtrack from Daniel’s current affliction later, without setting up a pre-determined sunsetting for Daniel’s character.

That’s a pretty minor nitpick in the end though. This week’s episode ending with Daniel going to Lawton to live with Strand’s group quickly shifts viewer attention with another promising story turn anyway, one that nicely has Strand quickly burying the hatchet with Daniel, as a gesture of posthumous goodwill toward Ofelia. It’s kind of amazing to see how much Fear the Walking Dead is maintaining its stride, even after killing this season’s supposed arch-villain halfway through it. Then again, I suppose that the previous season tried something similar, killing off former nemesis, Logan much earlier than the conclusion, so Fear the Walking Dead could introduce Virginia as a surprise new antagonist. The difference of course is that Season 6 is a huge improvement over Season 5 at this point, and it thus has more to lose with even minor stumbles in the writing. 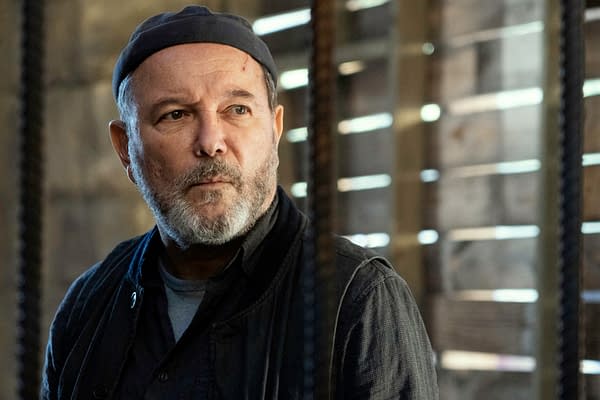 “Handle with Care” delivers another slam dunk for Fear the Walking Dead’s current anthology-style season, possibly begging the question of whether the show will continue with this character-focused episode style even after Season 6 has concluded. Daniel finally finding a place to plant roots and call home is a big deal, and it ultimately comes with some big complications. It’s too bad that the show seems afraid to set Daniel up for death in the near future though, possibly because the showrunners already made a bold gamble by killing off John a couple of episodes ago, one of the most beloved personalities among Morgan’s survivors. As much as some characters in AMC’s Walking Dead TV universe still unduly struggle with their Daryl Dixon-style ‘fandom protection’, somewhat hurting their shows’ suspense through the knowledge that these characters will almost certainly not be killed off (then again, I would have thought John had that protection!), I’m nonetheless excited to see where Daniel’s storyline goes next, especially now that Strand has welcomed Daniel into his own ranks, even if it’s simply to honour the memory of Daniel’s dead daughter.

Fear the Walking Dead 6.10: "Handle with Care" Review
Fear the Walking Dead hits another high point thanks to a superb Daniel-focused storyline this week, as the survivor leaders debate whether a traitor may be in their midst.
THE GOOD STUFF
THE NOT-SO-GOOD STUFF
2021-04-25
93%Overall Score
Reader Rating: (0 Votes)
0%