Fear the Walking Dead made a very controversial move last week, after Grace delivered a stillborn baby, more or less shattering the hopes of herself and Morgan alike. Nonetheless, the series is continuing with its anthology-style direction this week, shifting the spotlight once again, in this case to June. “J.D.” may not give us much of a chance to mourn Grace’s unspeakable loss, but it does deliver another standout storyline within an already standout season, one that lands with a lot more emotional impact compared to the questionable decision to simply write Grace’s baby out of the show. This is thanks to a very promising new addition to Fear the Walking Dead’s cast, namely Keith Carradine, who is portraying none other than John Dorie Sr.!

John’s father has been built up for a while now, and after John’s untimely death earlier this season, it initially felt like this element of John’s character was meant to die with him. Unexpectedly though, June ends up being ambushed by Dorie Sr. while meeting with Dwight and Sherry to exchange intel about the Doomsday Cult. Of course, June doesn’t know the identity of her attacker right away though, instead initially discovering that he’s been obsessively collecting data on a man named Teddy Maddox. Yes, it’s exactly who you think it is. Once Dorie discovers June’s gun however, he puts together that June knew his son, leading to June having to deliver the bad news that John has died.

It feels bittersweet to finally introduce John’s father to Fear the Walking Dead after John himself has already died, leaving June to instead pick up the pieces from her late husband’s traumatic backstory. This story device is executed incredibly well nonetheless though, thanks to the inspired decision to have Teddy be revealed as a serial killer, one that was spouting his, “The End is the Beginning” rhetoric as early as the 70’s, and one that was finally put away by Dorie, albeit thanks to tainted evidence and a frame job. It was this frame job that led to Dorie becoming an alcoholic, and eventually abandoning his wife and son, believing they were better off without him. Yeah, it’s a bit of a cliched cop melodrama story in some respects, but it does manage to land here, especially when we get a whole lot of renewed context as to why having to bend the system for Teddy is not only almost certainly the right decision, but also something that would understandably devastate Dorie by obliterating his principles.

June and Dorie also find themselves taking on the common goal of returning to John’s cabin, where Ranger Hill is hiding out. Hill supposedly has the last necessary intel with which to locate the Doomsday Cult, allowing both June and Dorie to resolve their separate demons by taking the fight to Teddy… Only for Dorie to lock June behind a door at the nearby bait shop, instead opting to take on Hill himself. Sure, this doesn’t really stick, but it does at least allow Dorie to confront the issues he’s been struggling with, namely after he’s shot and nearly killed by Hill, shortly before June puts Hill down, and patches Dorie up. It’s at this point that Dorie comes to realize that leaving his family simply led to him unhelpfully punishing both them and himself, and that in order to live on and move forward, he must put right what he can with whatever family he has left, namely June. 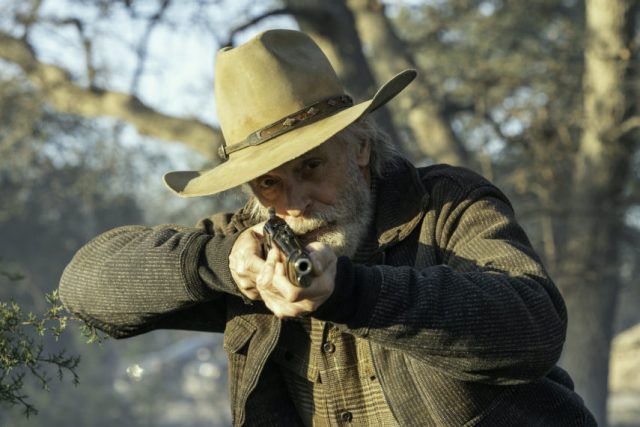 All the while, Dwight and Sherry separately bumble throughout this episode in a sort of subplot. This subplot primarily comes into focus after Sherry appears to want to flee as well, at which point she confesses to Dwight that she wants to return to Virginia, and kill Negan. This might have been interesting, if Fear the Walking Dead wasn’t a prequel series that’s airing its current season long after events with Negan have already taken a different turn over five years later within AMC’s Walking Dead TV universe timeline! Clearly, Sherry’s mission doesn’t pan out, and that completely deflates the drama from this storyline. Hell, Sherry even abandons her quest and agrees to start over with Dwight within this very same episode, leading one to ponder why the show even bothered with the pretense of Sherry returning to Virginia.

When it comes down to it, Dwight and Sherry were only present in this storyline so that they could be present at John’s funeral, overseen by June and Dorie as June finally reads John’s final letter aloud. This in turn spurs June to return Dwight’s and Sherry’s wedding rings, presenting at least a bit of promise that Dwight and Sherry are on the road to repairing their strained relationship. Even June and Dorie end up getting nice, hopeful little resolutions here to boot, as June introduces Dorie to Morgan, who happily takes John’s father into his community, right when June herself is given another chance to live among Morgan’s people. This is a great palate cleanser after the potentially tasteless decision to make Grace’s stillborn baby a pure plot device throughout most of this season, only to leave Morgan’s community without the bouncing baby that could have definitely given it an extra sense of hope for things to come. 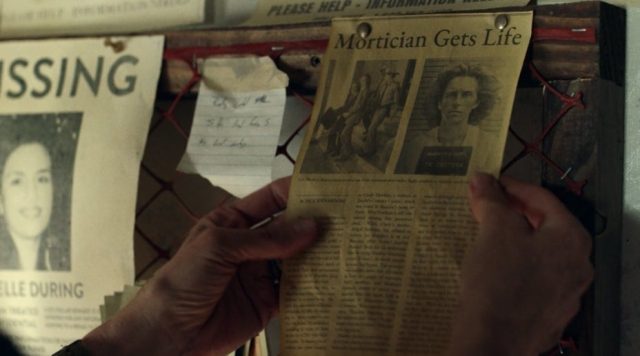 “J.D.” does a fantastic job of resolving John’s frustratingly senseless, heartbreaking death, while also allowing June and Dorie Sr. to finally come to terms with the loss and move on. This further sweeps June’s murder of Virginia under the rug, granted, but I suppose it’s nonetheless true that Morgan’s community needs a doctor. Likewise, while Dwight and Sherry had to headline a pretty dull, inconsequential subplot throughout most of this episode, the fact that they appear to be on the road to mending their relationship is also promising. Best of all though, John’s father is brilliantly used to further develop Teddy as a career murderer and a psychopath, something that ties in nicely with the fact that Alicia, who is currently Teddy’s prisoner, will supposedly be the focus of next week’s episode. Fear the Walking Dead is back to riding high this week, and that’s awesome! We only have three episodes left in this surprisingly superb season, after all, and the rapidly growing menace behind Teddy is something that Morgan’s crew won’t be able to put off for much longer!