Legends of Tomorrow’s sixth season started to better realize its overall alien conflict last week, thankfully giving us a zany, memorable storyline that this cult favourite Arrowverse series can be proud of. Unfortunately, the show’s renewed momentum stalled this week though, as Legends of Tomorrow once again stumbles over its recent Achilles’ Heel; Tedious love stories that don’t benefit the story arcs of the characters involved. In this case, it’s the Constantine/Zari relationship (or, “Fling”, but let’s face it, it’s a relationship, because CW) that takes center stage in, “The Ex-Factor”, and it’s such a nuisance that it drags down an otherwise solid idea for a new alien threat.

Even the subplots noticeably seem to suffer this week, as everything gets sucked into the chemistry vacuum that is the Constantine/Zari romance. I said it last season, and I’ll say it again this season; I just don’t care about this relationship! It’s always possible that things could change in the weeks ahead, but for now, Constantine’s and Zari’s unlikely love affair is still forced and unnecessary, and it’s dragging down storylines that could be better spent on the reliably eccentric hunt for Sara. Worse still is that a really solid idea for Zari’s character is presented in this episode, namely the diminishing of her lifelong fame, following Zari’s tabloid-grabbing breakup with her ex-boyfriend, S’More Money.

S’More Money happens to be hosting a reality show in 2045, when he’s suddenly eviscerated on live TV by an alien invader called Lord “Knox” Knoxicrillion. Knox is aiming to take on Earth’s ruler in honourable combat to lay claim to the planet, Mortal Kombat style. Problem is, Knox mistook 2045’s last surviving network TV program, Da Throne, as an actual royal showcase, on account of its champion being referred to as a king. This is a comical misunderstanding that naturally lends itself effectively to the Legends having to go undercover in the future, ultimately entering Zari into the competition hosted by her ex, so they can save S’More Money from death by alien.

This whole idea is a lot of fun in concept, and indeed, there are some really inspired comedic moments that crop up throughout this episode, especially in regards to Zari’s sycophants. Frustratingly though, what could have been Zari confronting and accepting the limits of her time in the limelight, which is naturally hurt by her disappearance with the Legends, is ultimately tossed out in favour of a trojan horse plot surrounding her making her relationship with Constantine official, a slice of immature, tiresome drama that’s not at all in character for Constantine or Zari! There’s really nothing else to say about this episode’s core plot either. It just ends up entirely surrounding a fake competition that Zari uses for headlines, before deciding that she and Constantine should just be in a relationship, because plot. Yeah, like I said, I don’t care. This relationship doesn’t add anything worthwhile to the show, and frankly, Constantine and Zari still have no real chemistry, and too often feel like a mismatch. Change my mind, Legends of Tomorrow. 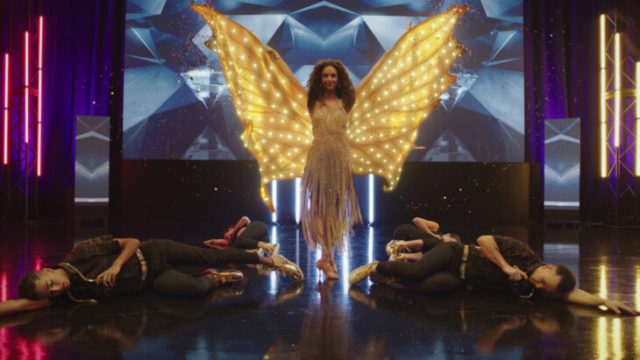 Even the subplots feel like a waste this week, despite Sara’s and Gary’s plight eventually setting the stage for a better mystery. The show didn’t seem to know what to do with Sara and Gary last week, a lone sore spot on an otherwise standout Legends of Tomorrow episode, but this time, it seems as if the series has started to find a better path for their characters. After Gary has to overcome his squeamishness in regards to eating the mysterious attackers that are after him and Sara, Sara, now struggling more with being poisoned by Amelia Earhart, wanders off and discovers that the planet is filled with Ava clones. The clones also appear to have a mysterious, seemingly human mastermind, who has been awaiting Sara’s arrival. What’s going on here? I guess we’ll find out next week, but regardless, it’s nice to see Sara’s and Gary’s characters finding something more interesting to do this week, if just barely.

The subplot that suffers most in this episode however is Mick’s, and yet again, the worst part of this subplot is that it’s a great idea in concept! Mick is clearly struggling with Sara’s disappearance, and in this episode, the reason why is finally spelled out; Sara being gone makes Mick the last remaining OG Legend recruit. This could have been a great way to explore the longstanding implications of Mick having to watch several of his teammates either die or leave the Waverider, but instead, this subplot is completely wasted on Mick simply refusing to train Spooner, who is similarly wasted this week. Not even Mick provoking Knox’s alien fleet in a fit of frustration has any real consequences in the end, and nor does Mick stepping on an exposed Knox to give an artist’s rendering of Kayla, after Knox describes her appearance on Da Throne. Once again, way too much emphasis is placed on the already-tedious Constantine/Zari relationship in this episode, and that leaves Mick with nothing to do but screw around, get yelled at by Ava, and not accomplish anything worthwhile at all, negative or positive.

“The Ex-Factor” is a huge missed opportunity for Legends of Tomorrow, and rather than justify why Constantine and Zari belong together, it simply doubles down on the fact that their romance feels fundamentally pointless and unrewarding. Even this week’s subplots end up suffering because of the over-emphasis on cheesy, juvenile drama with Constantine and Zari, despite Sara and Gary finally encountering a more interesting mystery surrounding the strange new planet they’ve found themselves on. Mick meanwhile is left to languish on the bench with Spooner, unfortunately following an episode that finally helped Spooner better find a place among the Legends. I suppose if there is one upside to Constantine and Zari finally supposedly figuring their shit out however, it’s the fact that we hopefully don’t need to be reminded of their contrived relationship next week, ideally when the Legends travel to a more interesting location that makes better use of their latest eccentric mission.

Legends of Tomorrow 6.3: "The Ex-Factor" Review
Legends of Tomorrow fumbles a promising concept with too much emphasis on the ineffectual Constantine/Zari relationship this week, as the Legends infiltrate a futuristic reality show to save Zari's ex.
THE GOOD STUFF
THE NOT-SO-GOOD STUFF
2021-05-18
70%Overall Score
Reader Rating: (0 Votes)
0%