NOTE: Some spoilers from throughout the debut season of, “The Book of Boba Fett” are present in this review

When Disney+ first launched in late 2019, the first-ever live-action Star Wars TV series, The Mandalorian debuting alongside Disney’s streaming service immediately led to the platform turning heads. Since then, The Mandalorian’s first two seasons have been largely celebrated by critics and fans alike, even going on to secure quite a few Emmy nominations and wins, among other accolades, on top of an inevitable Season 3 confirmation for the future. With The Mandalorian’s upcoming third season spending more time in development however, or perhaps as a simple effort by Disney and LucasFilm to keep things fresh, 2021 didn’t end with a batch of new episodes for the flagship Disney+ series, as originally speculated. Instead, we got a spin-off series, the first of several planned spin-off projects for The Mandalorian, to close out last year, and air into early 2022, that being The Book of Boba Fett.

After The Mandalorian finally re-established the fan-favourite bounty hunter’s survival of the Sarlacc Pit from 1983’s Star Wars Episode VI: Return of the Jedi, a fact previously explored in the franchise’s former Expanded Universe media (before Disney ripped it all out of canon and once again threatened Boba with a Sarlacc-flavoured death), a spin-off series surrounding Boba Fett felt like it made the most sense. The prospect was so inviting in fact that The Mandalorian’s second season even ended with a post-credits scene that announced this very show for a 2021 premiere, despite several other Star Wars shows currently in development for Disney+ being announced on a Disney investor call mere days beforehand. Finally, after so many years of a cult following that, frankly, was still clinging to Boba’s better-defined exploits in the aborted Star Wars Expanded Universe of old, The Book of Boba Fett would give its eponymous anti-hero a chance to shine again, this time with a proper spotlight for mainstream, more casual Star Wars enthusiasts. 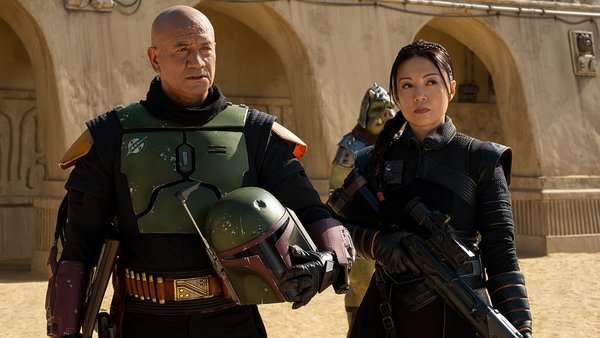 But, the shadow of The Mandalorian is very long indeed, and unfortunately, The Book of Boba Fett’s first season ultimately finds itself struggling to climb out of its own metaphorical Sarlacc Pit in the end. Despite an exciting and satisfying finale, these first seven episodes for The Book of Boba Fett contribute to a spin-off series that currently functions too transparently as a satellite series for The Mandalorian, which is itself a satellite series for Disney’s new post-Empire Star Wars movie saga. The eventual return of Pedro Pascal as The Mandalorian protagonist, Din Djarin, while it’s certainly fun, and contributes to that aforementioned great season finale, doesn’t help matters, simply because it’s emblematic of the fact that The Book of Boba Fett isn’t yet capable of standing on its own two feet.

The Book of Boba Fett is nonetheless built around a great hook, one that could lean even harder into the seedy underbelly of Outer Rim crime, on an extra intimate scale that’s focused almost entirely around the podunk Skywalker family home planet of Tatooine. Er, eventually, I mean to say. That promise was immediately teased with this series’ ‘announcement’ during The Mandalorian’s Season 2 post-credits scene, wherein Boba violently kills Jabba the Hutt’s former advisor, Bib Fortuna, who had assumed control of Jabba’s massive Outer Rim crime operations following the infamous Hutt’s death in Return of the Jedi, before Boba appoints himself the new custodian of Jabba’s criminal empire, with fellow bounty hunter, Fennec Shand serving as his lead advisor and muscle. Had The Book of Boba Fett committed to a darker, more adult-oriented tone that OG Star Wars fans naturally crave for Boba’s character, it could have separated itself nicely from Disney’s other Star Wars projects, including The Mandalorian.

Instead, The Book of Boba Fett’s first (and hopefully not only) seven episodes feel like an awkward dump of ideas that range wildly in quality, and are almost completely devoid of coherent plot structuring. These ideas further suffer under the relatively family-friendly mandate of Disney+ original programming to boot, quickly leaving The Book of Boba Fett to pull its punches, perhaps even more than The Mandalorian does. This is despite the fact that most avid Boba Fett fans are Gen-X’ers and elder Millennials, who regularly long for adult-skewing Star Wars media, as fleetingly glimpsed during Boba Fett’s tragically aborted Expanded Universe video game pitch from LucasArts, Star Wars 1313. Never forget.

For all the criminal forces supposedly scheming against Boba across the sandy wastes of Tatooine however, along with the occasional brutality that they can inflict when they’re properly unleashed, The Book of Boba Fett ends up feeling disappointingly sanitized, not to mention predictable throughout most of its first season. There’s also an early narrative duty to answer exactly how Boba survived his tumble into the Sarlacc Pit, according to Disney’s revised Star Wars canon, something that he seems to do relatively quickly. As for how Boba’s armour ended up in the possession of Cobb Vanth, as revealed on The Mandalorian? Well, it was simply pilfered off of Boba’s passed-out body by Jawas. Boba and Vanth are initially strangers to each other in fact, something that frustratingly undercuts one of the coolest Boba Fett teases from The Mandalorian’s second season, even though Boba does eventually meet Vanth within this series.

Among the better ideas explored surrounding Boba’s escape from the Sarlacc Pit is his capture by the Tusken Raiders, or the, “Sand People”, if you prefer. Boba begins as the Tuskens’ prisoner, but after proving his combat skills to them, and gradually winning their respect, Boba is eventually trained in Tusken combat, and taught the ways of the desert. These flashback sequences, on their own merits at least, are often fantastic, both because they nicely humanize and develop the formerly monstrous Tuskens, and also because they give Boba a logical means to eventually seize power and influence on Tatooine. The eventual extermination of Boba’s Tusken tribe, after he’s formally inducted into said tribe, by the season’s main villains, the Pyke Crime Syndicate, is also legitimately heartbreaking. That’s why it sucks that these flashbacks are awkwardly crammed around The Book of Boba Fett’s present-day narrative willy-nilly, despite an effort to semi-organically layer them into occasional healing sessions within Boba’s Bacta Tank. 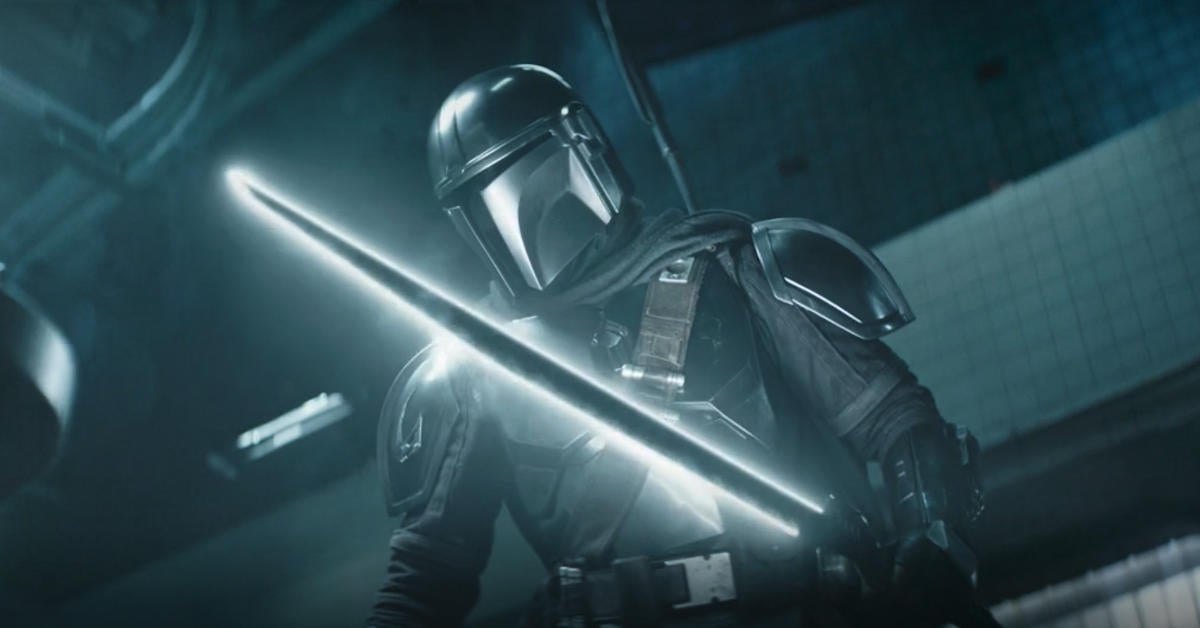 The Pyke’s do manage to be effectively imposing villains though, creating a criminal obstacle for Boba and his allies that does manage to be legitimately violent and scary. They kill civilians, they steal without mercy, and they happen to employ Cad Bane, another deadly bounty hunter that was previously established in the animated Star Wars: The Clone Wars series, and one that eventually becomes a surprise antagonist for The Book of Boba Fett’s Season 1 climax. If The Book of Boba Fett wasn’t shackled by having to fill in the blanks surrounding Boba’s post-Sarlacc Pit backstory, on top of eventually devolving into The Mandalorian Season 2.5, the Pyke Syndicate could have given the series a more consistent edge, as they’re legitimately skilled at skirting around The Book of Boba Fett’s mandated TV-14 rating.

As expected, the frustrating intrusion of the other Disney+ shows set within this post-Empire era of Star Wars doesn’t help The Book of Boba Fett’s frequently confused tone and focus. There’s literally an entire episode in this debut season that solely revolves around Din Djarin’s perspective, for starters, thus grinding The Book of Boba Fett’s already messy Season 1 narrative to an awkward halt. As if that weren’t irritating enough, the final two episodes of this season are designed to pretty much completely negate the harrowing conclusion of The Mandalorian’s previous season, forcibly crowbarring Djarin and Grogu into Boba Fett’s affairs in a way that feels more than a little awkward, if still fairly cool during the climactic battle against the Pyke Syndicate. Oh, and that’s before considering more forced teases for The Mandalorian’s second spin-off series, Ahsoka, complete with Rosario Dawson briefly reprising her role as the live-action version of that titular Jedi character in The Book of Boba Fett. Because Jedi training and The Force definitely fit with The Book of Boba Fett’s smaller-scale, organized crime-themed premise, right? Ugh.

When the demands of tying itself in with Disney’s larger Star Wars universe back off however, and The Book of Boba Fett is allowed to flourish as a slightly grittier take on the post-Empire era that was first established in The Mandalorian, this Disney+ spin-off series manages some fairly strong story ideas. Even so, The Book of Boba Fett is currently too inconsistent to achieve its full potential. It is also admittedly a victim of the growing ‘Marvelization’ of Star Wars under Disney, something that’s bound to irk many OG Star Wars fans, who were no doubt hoping for a more exclusive, adult-themed focus around one of the franchise’s longest-running fan-favourite personalities. Granted, there’s still time for The Book of Boba Fett to learn how to truly stand on its own, with a sharper, more consistent vision in future seasons, but as of the time of writing, the series hasn’t yet been renewed for Season 2. 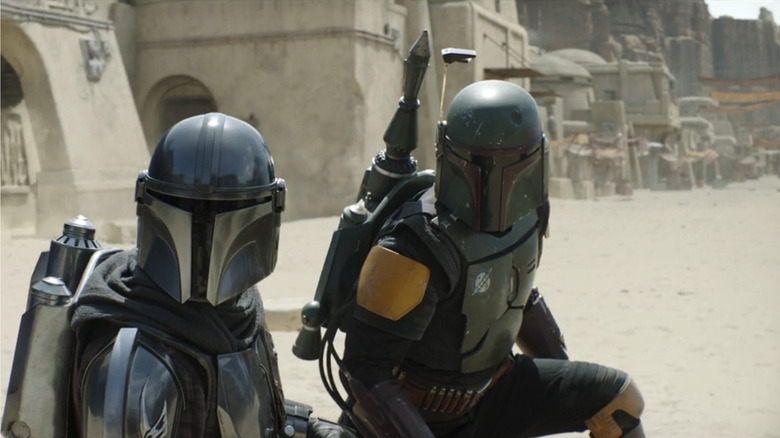 It’s entirely possible that The Book of Boba Fett may end up being a limited series. It does at least manage to end with Boba’s character in a great place, after all, one that primes him for future appearances in the live-action Star Wars canon either way. Still, considering the uneven final product of the series’ current run, I would be a little disappointed if this was it for The Book of Boba Fett. There’s a lot of potential left to tap with this show’s premise, and if The Book of Boba Fett gets some much-needed refinement, it could eventually stand alongside The Mandalorian as a strong complement to the Star Wars movies. For now though, The Book of Boba Fett is a somewhat cool, but nonetheless unfocused and overstuffed mess, one that lets down its eponymous protagonist more often than it probably should.

The Book of Boba Fett: Season 1 Review
The Book of Boba Fett presents a fairly cool, crime-focused spin-off series for its fan-favourite lead character, but this debut season is too often dragged down by its sloppy narrative structuring, and its inability to break out of The Mandalorian's shadow.
THE GOOD STUFF
THE NOT-SO-GOOD STUFF
2022-03-01
73%Overall Score
Reader Rating: (0 Votes)
0%