Last winter, Catriona Ward’s The Last House on Needless Street was the talk of the horror fiction community. By year’s end, it also seemed to have been one of the most popular, most talked about and most liked books of 2021.

Almost a full calendar year later, Ms. Ward is back with another scary novel, and a very different one at that. She calls it Sundial, and it’s not for the faint of heart, nor is it for anyone looking for a more traditional horror novel. This is something uniquely its own, and that’s both a good thing and a bad thing depending on one’s personal preferences. It certainly won’t be for everyone, that’s for sure.

Sundial is the story of a woman named Rob, who lives in a quiet suburban community with her husband, Irving, twelve year-old daughter, Callie, and nine year-old daughter, Annie. It begins as one of thing, but eventually transforms into something else.

Things pick up on one of the family’s favourite days of the year, which just so happens to be the date of their neighbours — the Goodwins’ — annual party, which aims to rid people of the winter blues. Unfortunately, though, this year’s celebration is one that this particular family will have to miss, because Annie has unexpectedly come down with the chickenpox. Needless to say, the decision to stay home is one that isn’t without push back from both Callie and Irving, the two of whom are very much a pair. However, Rob is afraid of Annie — or any of her family members — infecting the children and adults next door, especially those who have never had chicken pox before.

Side note: I was lucky enough to get them twice, and it was not fun.

That said, this isn’t your typical, happy family, nor is it even a slightly troubled one. Something dark hides behind their well looked after home, with its manicured lawn and wealthy outer appearance. Rob has a past, with strange secrets, but she’s also married to a man who is both unfaithful and mean-spirited to the point that he abuses her both physically and mentally, including going so far as to threaten that he will take her girls away from her. Then there’s Callie, who struggles to reach common ground with her mother.

What begins as a dark family drama quickly becomes more bleak, as Rob faces any parent’s nightmare: her youngest seems to have been given a bottle of pills, and has taken them all. Of course, the obvious culprit is Irving, but he says that he didn’t do it, meaning that it had to have been Callie, who obsesses over death and likes to talk to herself. 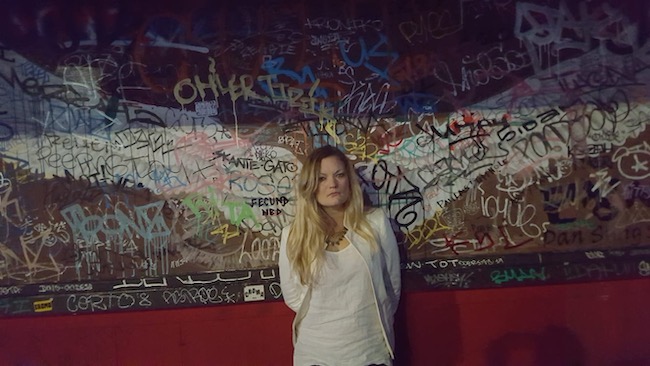 As it would for any parent, this event scares the life out of Rob, who decides that she needs to make sure that Callie will never harm Annie again. Her way of doing this is to go on a road trip with her eldest child, out to the Mojave desert and a large, round house that sits vacant there. One they call Sundial. You see, it’s where she grew up.

There, and only there, will Rob be able to sit and talk with Callie, to suss out whether she truly is a danger to her sibling, or perhaps even others. This will involve sharing her deepest secrets, including details of the odd childhood that she experienced out in the desert.

The present day is just a part of Sundial by Catriona Ward, though. In fact, half of the book takes place in the past, as Rob recounts growing up at Sundial, isolated from almost everyone else. It’s a story unlike any other, and is one that is full of strange events. If animal abuse, or death, is a big issue for you, please do not read this book.

Although I’m itching to talk more about this peculiar novel, I can’t say much more about its plot without spoiling anything, and this is a ride you’ll want to take on your own if you do happen to decide to give this story a shot. It’s so dark, twisted, surreal and downright strange, but it’s also easy to spoil and ruin.

I must admit, however, that this didn’t end up being the story I expected it would be. That’s a good thing in some respects, but a downside in others, because there were times where Sundial dragged. It could also be hard to follow, but that’s attributable to how strange it is, and how foreign some of its terms are.

I should also note that, although I didn’t really know what I was getting into here, and was drawn in by the beautiful cover, the title and the author’s name, I did find a lot to be pretty predictable. For example, the final twist, which I saw coming from a mile away. It didn’t help that the ending was so abrupt and inconclusive, but that’s all I’ll say about that.

The subject matter is strange, surreal, difficult and hard to imagine, and the prose can also be somewhat strange. It’s told from a few different perspectives, but mostly comes from both Rob’s and Callie’s point of view as they carry out their troubled trip. At times it’s a bit dreamy, but it’s mostly just odd. As such, this isn’t the type of book that just any horror fan should pick up.

More than a day has passed since I finished Sundial by Catriona Ward, but I still find myself wondering what the Hell I just read. This was one of the most unique stories I’ve ever experienced, but one that wasn’t as enjoyable to read as I was hoping it would be. In fact, I liked the beginning and last parts more than I enjoyed some of the stuff in the middle. Still, I’m glad that I did read it from start to finish, because it’s something I’ll never forget.

This review is based on a digital copy of the book that we were provided with. Thank you to NetGalley and the publishers, Macmillan and Tor Nightfire.