They originally held back, saying that their full cover reveal would indeed be during Microsoft’s Press Conference, but it seems Game Informer just couldn’t hold it in, as they’ve now released the full cover art for their July issue.

Gears of War: Judgment will be officially announced at on Monday, but the speculation as to what exactly we’ll be seeing in terms of storyline and gameplay is going to be rampant until then. Each cover depicts an obviously younger character from the previous games – Augusts Cole and Damon Baird – being escorted while in handcuffs.

Our guess, as many others also speculate, is that the game will indeed be a sequel, with less of a horde and more of a story-driven campaign. Will this be Gears of War’s version of Halo: ODST or closer to Reach in scale?

It’s quite easy to make comparisons between the Xbox’s two largest franchises, but the question has to be asked: is there enough room for both these games to co-exist? We don’t think they’ll have to. In all likelihood, the Gears game in question is a long way off, and we’ll see it at E3 2013 before we actually get our grubby hands on it.

This cover also helps to answer some other timeline questions regarding Microsoft’s franchises, and here’s how we see it playing out:

E3 2012 – Halo 4 shown off one last time before release, Gears of War: Judgment also announced, Halo 4 to be released holiday 2012

So, this may seem a bit quick, and truthfully, we don’t see Halo 5 coming out in a scant two years, but it does stand to reason that Microsoft might pull an Activision and stagger releases of its two biggest first-party moneymakers. Either way, expect to hear more about Gears of War: Judgment next week and stay tuned for all the details as we bring them to you. 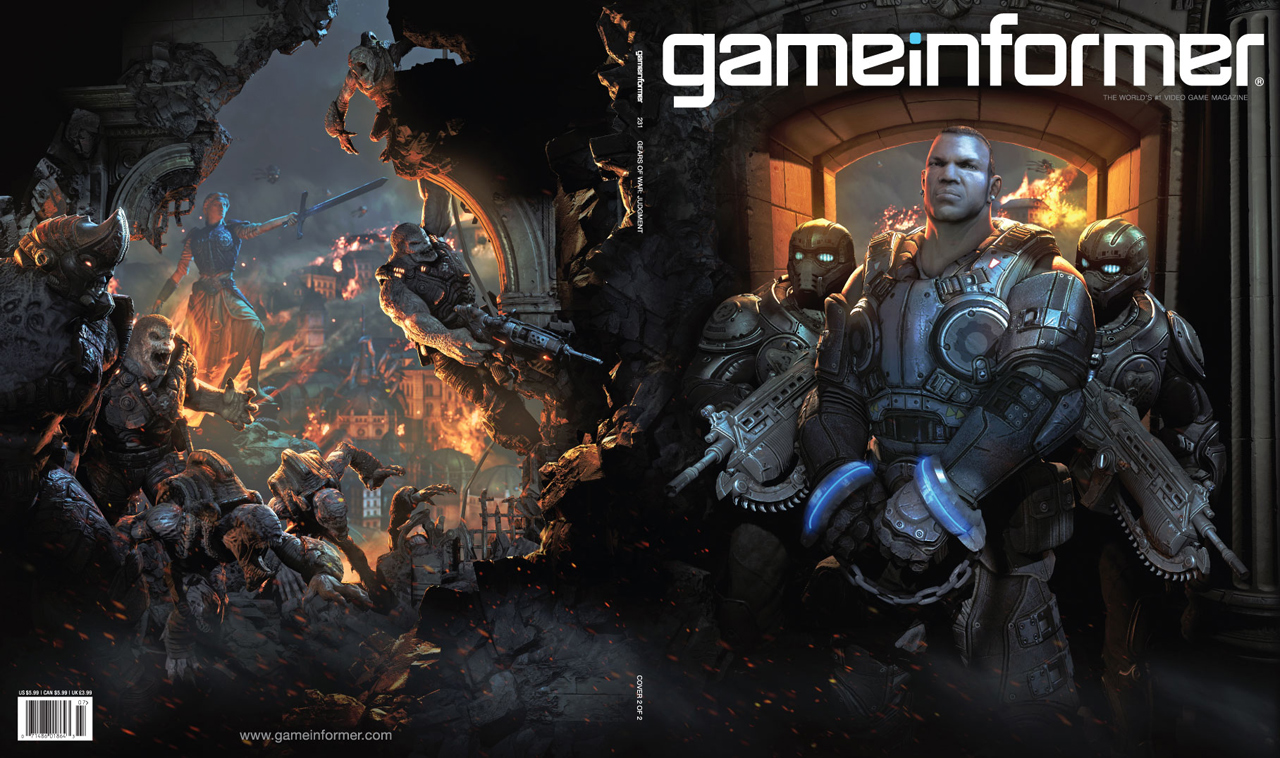