Another year in Los Angeles for the Electronic Entertainment Expo means another run of Video Games Live at the Nokia Theatre. This is actually our fifth show – four in Los Angeles, one in Toronto – and they do keep somehow keep getting better and better.

In complete honesty, the show hasn’t changed much in format. Tommy Tallarico, the show’s creator, still manages to have some pretty unique events like Guitar Hero competitions and live-action Space Invaders contests on stage in the middle of the show, and these breaks keep the tempo up. But overall, since we’ve seen it five times, we’re getting a bit used to the format. 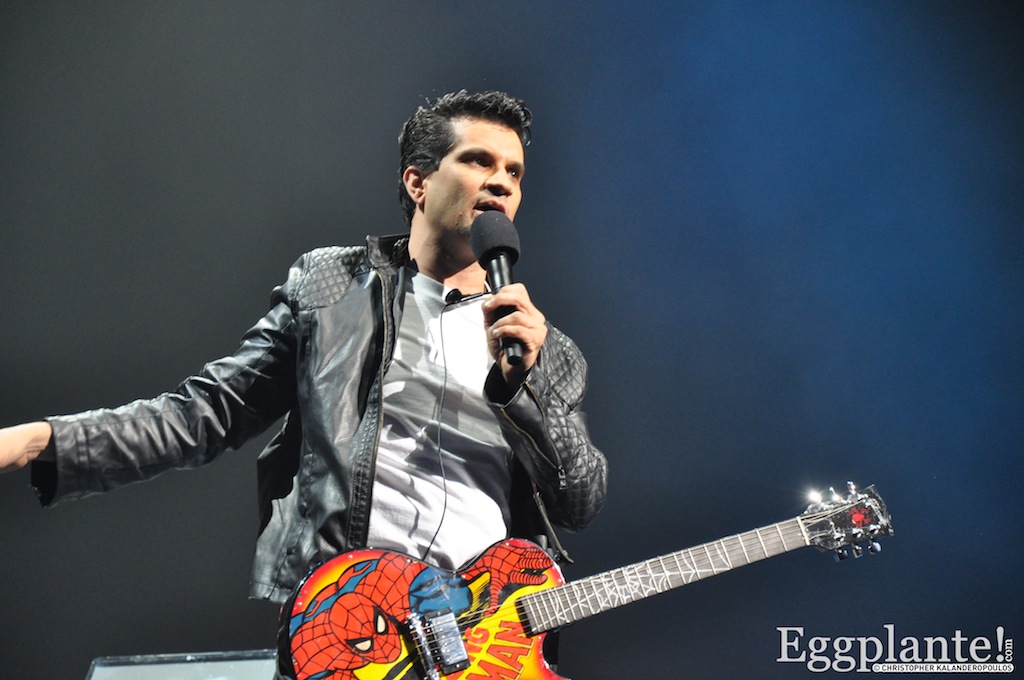 With that said, we’re here for the new content, and our word if there wasn’t a veritable ton of new music played this year at Video Games Live!

By our count, there were nine brand new segments in the show, making up nearly half its setlist. Among them were Aeris’ Theme from Final Fantasy, music from the massive hit Journey, and Earthworm Jim tunes to round out the bunch. But we’ll get to those. Let’s talk about the whole show.

Tommy opened the show with a classic Pac Man live-action featurette which always gets the crowd excited and in a good mood. He then began the musical portion of the programme with Castlevania music, he himself strumming along on his guitar. He then continued with the aforementioned Aeris’ Theme from Final Fantasy, with fan art for the game being displayed on the massive screen above it. Ending off the first set of musical renditions was a Sonic the Hedgehog medley, complete with the choir bolting the SEGAAAAAAA opening tune. That really brought the crowd into it and gave everyone a good laugh. 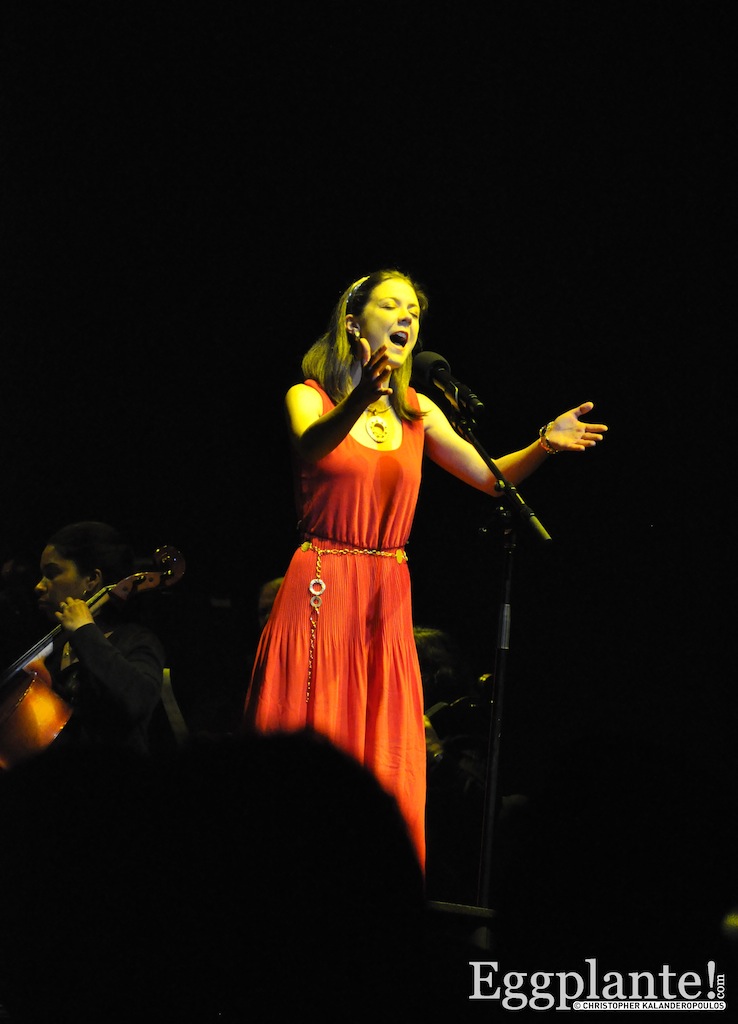 Music from Journey, last year’s big E3 surprise hit, was then performed by none other than Austin Wintery who composed it and Jenovah Chen who created the game. If you haven’t played the game, it is a perfect example of how crucial music can be to a video game experience. Just hearing the music made us want to pick up Journey again, and that’s exactly what this concert is all about.

A new act, Viking Jesus, then came out to perform his Starfox 64 medley on electric guitar. This was our least favourite part of the entire show. We’re all for new acts, but this just reeked of a low-class, weird interpretation of what was actually an incredible game with great music. Not our thing.

Update: It has come to our attention that we didn’t really take into account the amount of passion Viking Jesus has for his craft. Let us be clear that our review has to have some sort of elemental bias based solely on our own tastes. With that said, this is a gentleman who not only loves what he does, but he respects the people who don’t necessarily think it’s the greatest thing in the world. We have an incredible amount of respect for anyone who does what they love to do. To quote Steve Jobs: “Your time is limited, so don’t waste it living someone else’s life. You’ve got to find what you love.” And Viking Jesus has done exactly that.

Of course, a new addition to the Video Games Live stable for E3 this year was a game that we completely forgot had incredible music. That game is none other than Pokemon. With about ninety-seven games in the series to date (okay, that number might be a little high), it is about time Video Games Live showcased one of the best selling games of all time. The crowd went wild as Tommy threw out a dozen Pokeballs into the audience, as well as one Master Ball – you know, to capture the elusive Mew.

Laura Intravia, a Video Games Live regular came out after Pokemon to show off her skills tackling the Mario franchise, going from the original game in the series all the way through to Super Mario Galaxy 2. An incredible set of renditions was heard here, and it is no secret why Tommy is keeping Intravia around in the show – she rocks it every time with a genuine sense of cute musical happiness.

She returned after Earthworm Jim and Halo music was played on stage, this time in her Link outfit from The Legend of Zelda to play a brand new medley to celebrate the series’ 25th anniversary! While her usual routine is cute and quaint, this routine was epic in the way Zelda should be, and she accompanies the orchestra through the crescendos and finer melodies. She finishes with a massive finale. Incredible and beautiful.

Lindsey Stirling is a new addition to the Video Games Live roster. This is a girl who has made herself famous on YouTube by doing violin covers of games like Skyrim and Zelda. As if there wasn’t enough Zelda already (is there even such a thing as “enough Zelda“?), Lindsey came out to perform her incredible up-beat medley of Zelda music on the violin. For her first time at Video Games Live, she rocked the stage with her fun attitude and incredibly beaming personality. And, there was more Zelda, so we can’t really complain.

To follow such epic games as Mario, Halo, and Zelda, you need something massive. And of course, Tommy Tallarico never ceases to deliver. Rather than a game that has been out for years and years, up next was something that had been released only a few weeks prior to the show, and yet received some of the biggest applause of the night. Of course, we’re talking about Diablo III and none other than the series’ composer Russell Brauer conducted it.

Of course, why stop with one Blizzard property when you can follow it up with a game that isn’t even out yet? That’s right, Brauer remained on stage after conducting for Diablo III to conduct again for the still unreleased expansion pack to World of Warcraft, Mists of Pandaria. 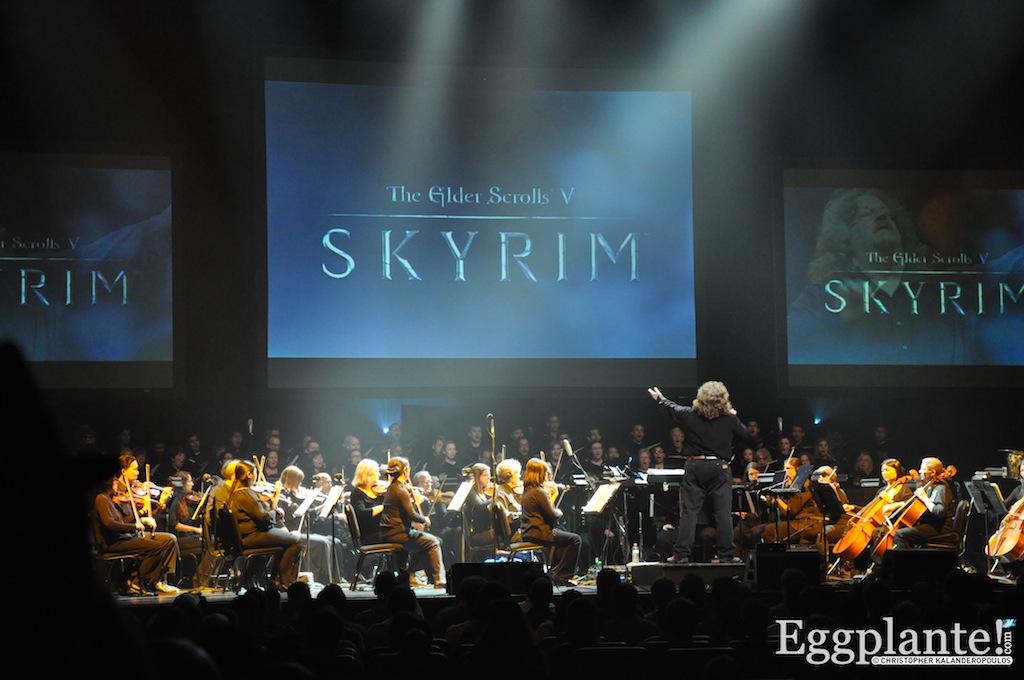 Oh, and then they played the US Video Games Live premiere of music from Skyrim and we had three nerdgasms at once.

At this point, we needed a break. Three epic pieces like that need something a bit more mellow, and we got just that. Al Lowe, the creator of Leisure Suit Larry came out to give us a short rendition – on the saxophone, no less – of music from his game. It also happened to be the 25th anniversary of the title, so things worked out pretty well!

Rounding out the show were the usual suspects: Street Fighter, Portal, and Chrono Trigger. During those sets were a few technical difficulties so Martin Leung came out and did what he does best, and he played some audience requests, among which was none other than Angry Birds!

After the show, the usual two-hour long Meet and Greet took place. Tommy Tallarico knows how to put on a show, and there were far too many names to even mention all together. With that said, please take a look at the Video Games Live website for when the show is coming to your city, because the show has already gone to hundreds of cities in dozens of countries around the world, so chances are, they’ll play in your area soon!