The timeline goes like this: Nintendo releases a blockbuster title in its Super Mario franchise once every two years or so, sprinkled by a few releases of smaller, usually portable titles, to tide gamers over in the meantime. We’re not aware of the true sequel or next game in the franchise to follow Super Mario Galaxy 2 yet, but we do have a little sprinkle waiting for us, and it launches today on the Nintendo 3DS.

New Super Mario Bros. 2 is in fact the spiritual successor to a game of the same name (without the suffix, of course), and while that game is over six years old now, its latest incarnation holds up strong. But is it as good as the last Mario title to grace the 3DS, Super Mario 3D Land? In short, no. Here’s why:

In 3D Land, we as gamers were treated to the real reason to own a Nintendo 3DS. The game had puzzles that made real use of the console’s stereoscopic 3D effect, and it had an actual effect on gameplay. Fast forward less than a year, and big-N has released New Super Mario Bros. 2 which is still a great game at its core, but eschews any sort of 3D-specific game design whatsoever. In fact, as a 2D platformer – albeit with some 3D graphics – it naturally doesn’t lend itself well to 3D mechanics, but there could have been some sort of effort made to change that.

The gameplay in this new game is something you might expect: a side-scrolling 2D platformer rendered with 3D models using a palette of bright and vivid colours. Of course, this is the Mario game based on every Mario game that we’ve been playing since Super Mario 64 on that fabled system in the mid-nineties. But this one has unfortunately fallen prey to some of the pitfalls of recent Mario games.

First off, New Super Mario Bros. 2 isn’t a hard game in the same way that almost every previous game in the series has been. The beginning of nearly every Mario game is remarkably easy, only to ramp up in extreme difficulty in the eleventh hour and just kill your spirit. That is how it has been right through to Super Mario 3D Land on this same system just nine months ago. But this new title, with its downloadable spirit perhaps, is so dang easy that we had well over three hundred lives at the end of our first play through and have just crested five hundred as we continue to play through the various game modes again. Five hundred.

Other ways the game becomes too easy is that after a few rounds of dying, you get an invincible Tanooki suit that will take out every enemy, including Bullet Bills and Thwomps. It’s a bit of an easy way out, but in the world of iOS and Android titles that make everything so easy and where casual games rule all, we guess it’s necessary. We just wish Nintendo stuck to its roots a bit more. Remember World 8 in Super Mario Bros. 3? Brutal.

At its core, New Super Mario Bros. 2 is a great game and has a fair bit of value. It’s not as long as most titles in the series, and you’ll be able to plow through the game in well under five hours. But the replayability is certainly here as Nintendo somehow manages to introduce a meaningful high score element to each level in the form of its famous golden coins. In each level, there is an absurd number of coins to collect, and ways to multiply this number if you play the game right. If you hit a multiple-coin block more than ten times before it dies out, you get a coin head block which lets you jump around earning coins just for running, flying, jumping, or swimming. The new golden fire flower lets you shoot enemies and blocks to turn them into coins, and the upgraded size of your fireballs somehow acts as a POW block and nets you coins all over the place. In some levels, you can expect to break the 750 coin mark in a single run, although the high score counter has four digits in it, leading us to believe there are indeed some thousand-coin levels out there somewhere.

There is a good StreetPass component to the game as well and, while we couldn’t test it because we have the game before 99% of the rest of the world, it’s pretty simple and we expect it to work as it should. In short, you compete with your best coin rake in a level against other people with the game.

This certainly isn’t the best Mario game to ever come out, nor is it a worthy successor to Super Mario 3D Land, but then again, we’re not sure it was supposed to be. As Nintendo’s first simultaneous-release in physical and downloadable format, it makes sense that Nintendo doesn’t risk a major entry in the franchise, but it does put out something that will sell adequately enough considering the success of 3D Land.

Overall, New Super Mario Bros. 2 does a great job of bringing back some nostalgia in the Mario series while giving us some new gameplay mechanics, even if the experience is a rather short one. 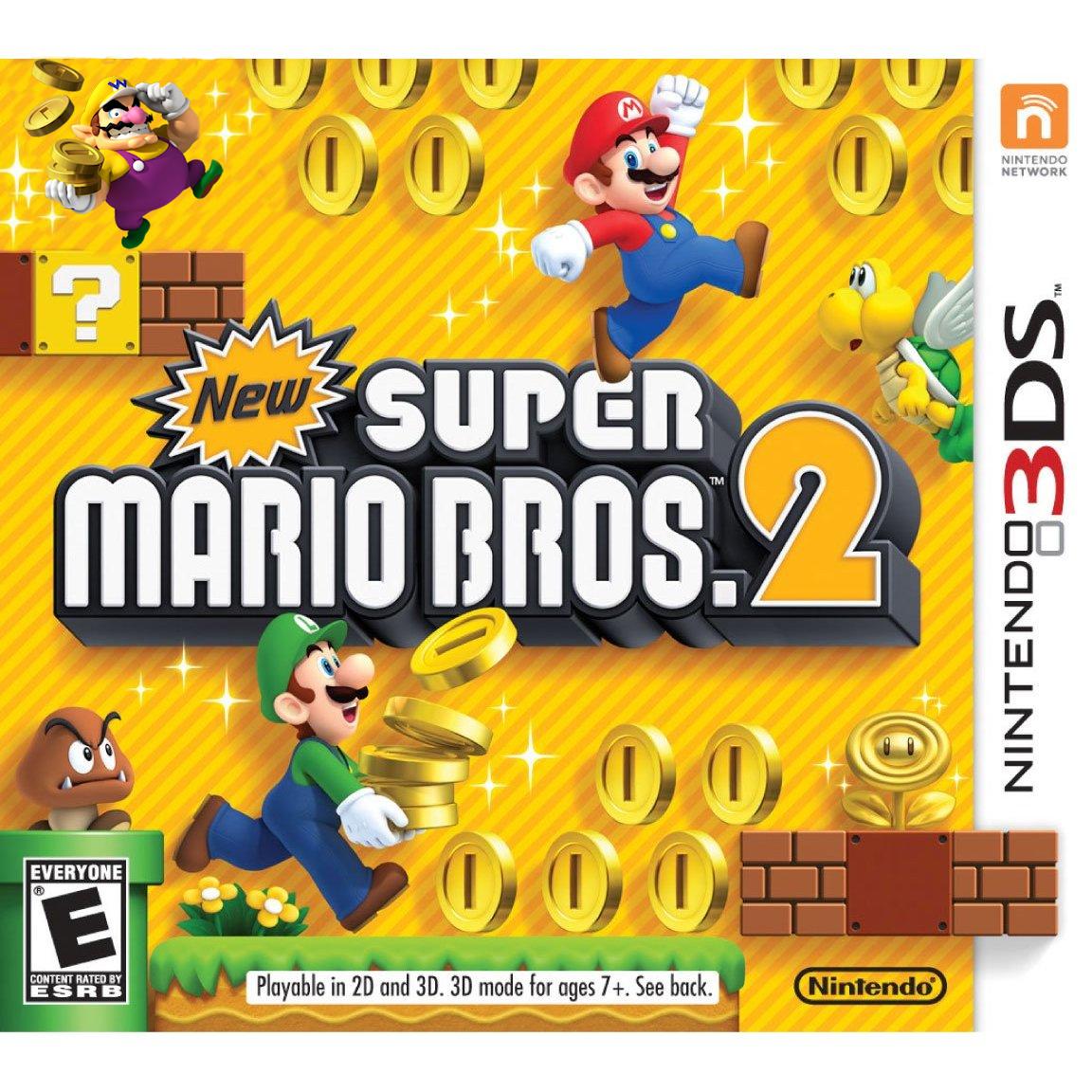