It seems like announcing an announcement has become quite the trend. It kind of just happened when people realized that their press invitations were announcements on their own, and now we’re hearing video game companies announce that they’ll announce stuff later on.

Unfortunately, we can’t really boycott some of these companies because, well let’s face it, the one we’re about to talk about is Rockstar Games and the game is none other than Grand Theft Auto V.

Rockstar North, the company behind the latest instalment in the massive franchise, has released a single image teaser of the new game titled “Pest Control”: 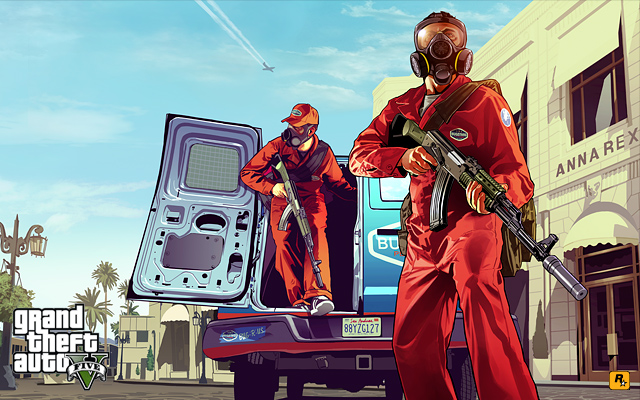 Unfortunately, this image doesn’t really give us much to go on in the way of story details, but it does show the possibility for some new mission gameplay. Perhaps we’ll be taking over a bank, hotel, or Fort Knox by dressing up as the exterminators?

If history is any indication, we know two things: GTA V will be a great game, and we won’t know much more than that other than a few trickles from the very secretive Rockstar North until the game actually launches.

Remember, we already know that the game is the most ambitious and largest-scale Grand Theft Auto game, and while we’ve got our list of what should and shouldn’t be in it, we read a great piece on PlayStationLifeStyle.net that ought to tickle your fancy if you’re at all interested in GTA.