“Get ready for the race of a lifetime” reads the latest press release we just received from CTV. The Amazing Race Canada has just been greenlit by CTV who has licensed the Canadian format rights from Disney-ABC Domestic Television. Insight Productions will produce the series in Canada alongside Profiles Television. 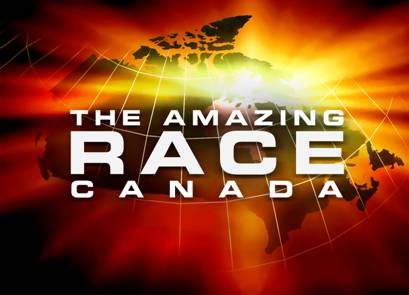 This isn’t the first in a Canadian-spinoff of an American reality show. Other successful shows include Top Chef Canada and Wipeout Canada.

At this point, we don’t have any other details about casting, locations, dates, or where you can apply to be a contestant, but this information is said to be released in the coming months. The project is still very much in the early planning stages, so we assume the show will be filmed through this coming Summer, with the premiere of the show to take place next October alongside reality show heavyweight Survivor which airs on Global TV in Canada.

The press release we received actually states this Summer for the show to be on-air, but we just don’t think there’s enough time to do that if contestant registration doesn’t happen for a few months. Then again, if all the planning has been done ahead of time, we could be looking at a July or August premiere episode.

This is a huge moment for Canada – the second this week, actually – and means that we’ll be able to stake our claim on even more interactive content produced by Canadians for Canadians in Canada. The game will take players through Canada’s vibrant landscape, including the Rockies, prairies, maritimes, and of course, our stunning territories.

“The Amazing Race Canada is a big show for a big network,” said Phil King, President, CTV Programming and Sports. “Canadians deserve their own summer version, distinct from what is seen in fall and winter. With the incredible diversity, scope, beauty, and sheer land mass that Canada has to offer, The Amazing Race Canada will explore the world within Canada. It’s a perfect extension to an incredible brand, and a huge opportunity for racers, viewers, and advertisers.”

We’ve been fans of The Amazing Race for years, and while it doesn’t look like the Canadian version will have us exploring the world, there is more cultural diversity in Canada than you might expect, and no matter who goes on this journey, they’ll all be sure to have the experience of their lives.