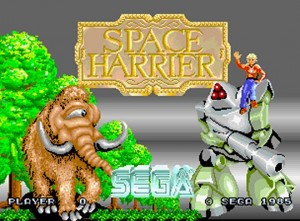 “Welcome to the fantasy zone! Get ready!”

Space Harrier is a third-person rail shooter created by Sega’s legendary Yu Suzuki, who went on to release several other Sega classics like After Burner, Virtua Fighter and Shenmue I and II.  Suzuki set himself apart from most developers by being one of the first pioneers of 3D games, and at such an early time for gaming that was practically unheard of.

Not only was Space Harrier one of the first examples of that pseudo-3D sprite scaling experience, it was also one of the first third-person shooters to be released.  The game set itself apart even further by incorporating a gameplay style reminiscent of bullet hell shooters (probably one of my favourite game genres) set in a new, and sometimes disorienting perspective.  Having paved the way for other on-rails bullet hell style third-person shooters like Super Thunder Blade, Sin & Punishment I and II and Kid Icarus Uprising, Space Harrier was something else entirely for its time. 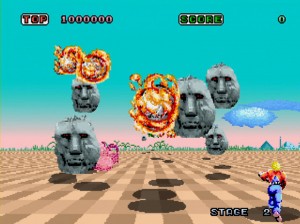 Don’t let that weirdness sway you away from the game though, it’s worth trying just so you can experience the engagingly surreal world.  The gameplay is just as it sounds and can be tricky to handle considering you have to not only weave past enemy bullets but also the many obstacles that get in your way.  While my playthrough was manageable (I’m not gonna lie, the only way I could possibly beat this game was with infinite continues, thanks to Sonic’s Ultimate Genesis Collection, anything else either landed you a Game Over or cost you coins) hitting obstacles left and right was pretty frustrating sometimes.  Oddly enough, the boss battles are easier to tackle because there was less you had to weave past, but still presented me with a challenge I simply couldn’t refuse. 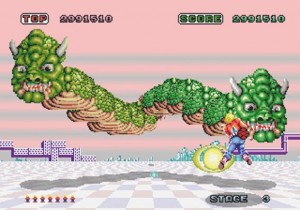 While Space Harrier is a total treat in its console ports (apparently the Sega 32X port is one of the best — who would have thought?), but nothing quite compared to the arcade experience.  Sega went all out with the “Rolling Style” seated arcade cabinet, which moved accordingly to your joystick movements.  If you ever get the chance to play on this cabinet please, for the love of god, do it.  I doubt you’ll experience anything quite like it.

Love it or hate it, Space Harrier helped take gaming to a whole other level thanks to its gameplay, atmosphere and 3D technology.  It’s certainly not one of the most accessible games out there, but the genre retains a certain arcade charm few games have tackled, even today.  So then, what are you waiting for? 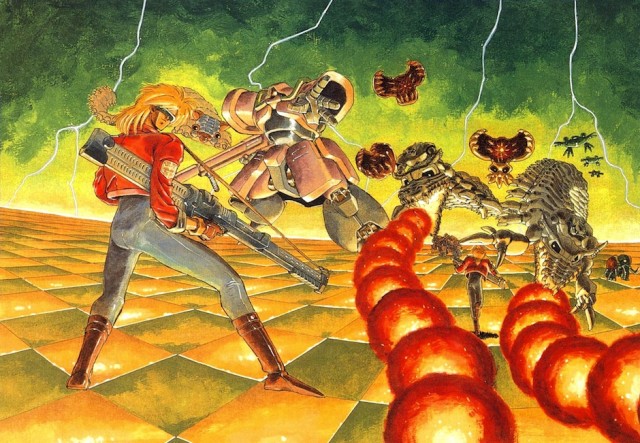