Nintendo didn’t only deliver with tons of games today, but also with software updates for their newest console.

The Wii U has been plagued with some rather slow system startup and menu navigation since its launch, and Nintendo is rectifying that with two system updates to take place in spring and summer of this year. The first update will help software launch faster, while the second will make returning to the Wii U menu much speedier.

Nintendo seems to be taking user requests very seriously as these are two of the biggest requested changes to the Wii U platform that people have been clamouring for. The fact that it’ll take two updates to complete is a bit jarring, but the work is getting done nonetheless.

Miiverse is also getting a big update in one of these system patches which will allow embedding of YouTube links from certain members like game designers so that people can catch up on dev diaries for their latest title, or watch trailers for the sequel to the game they’re playing right now. There is also a smartphone app launching for Miiverse that will let gamers post to Miiverse and interact with their gamer friends online or get tips and tricks even when they’re away from their console. It really seems as if Nintendo is trying to build out their online offering and it’ll be interesting to see how well they do.

Launching alongside the first system update is the Wii U Virtual Console. Unfortunately, since Nintendo has to redesign the emulators for each console to run on the Wii U, as well as add Miiverse and GamePad support for each game, we won’t be getting every Virtual Console title at launch. Nintendo will be starting with NES and SNES titles priced at $5-6 and $8-9, respectively.

If you already bought a game on your Wii Virtual Console and want to play it on the Wii, you can grab it again for $1 for an NES game or $1.50 for an SNES game. We were originally upset about paying again for content you already own, but considering Nintendo is adding functionality to those games, we can’t really harp on about a buck or two. 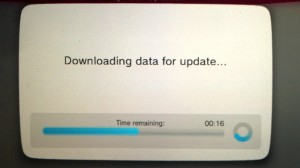 Nintendo also confirmed that Game Boy Advance games will eventually be coming to the Wii U Virtual Console, which should bring along some favourite titles like the Super Mario Advance series, Pokemon, and The Legend of Zelda: The Minish Cap games. We also assume that other platforms will be added later on as they were in the Wii Virtual Console, but nothing has been confirmed at this point.

There is also a program going on right now called the Wii U Virtual Console Trial Campaign which lets you grab a new game every 30 days for just 30 cents. This is all in celebration of the launch of the original Famicom system (NES as it was known in North America) 30 years ago. The games that will be released are: