Update: Disney has confirmed the closure of Junction Point, saying that they are restructuring their studio teams. Their official statement on the issue:

“It was with much sadness that we informed our teams today of changes to our Games organization, which include the closure of Junction Point Studios. These changes are part of our ongoing effort to address the fast-evolving gaming platforms and marketplace and to align resources against our key priorities. We’re extremely grateful to Warren Spector and the Junction Point team for their creative contributions to Disney with Disney Epic Mickey and Disney Epic Mickey 2.”

The quote makes it sound as if they’re parting ways with Warren Spector and the team, as Disney thanks them for their contribution of Disney Epic Mickey and Disney Epic Mickey 2: The Power of Two. We’re not sure on if that is actually the case or if there are further reorganizations that have yet to be announced that will reincorporate Spector and/or his team back into the Disney fold. There are also no words on other changes to Disney studios other than Junction Point which makes us believe that the changes are actually because of the poor performance of the two Disney Epic Mickey titles. We’ve reached out to Disney for comment. Original post below:

Word coming out of the interwebs today is that Junction Point, the studio behind Disney Epic Mickey and its sequel, The Power of Two, has been closed by its owner Disney.

The Warren Spector-run studio has apparently closed as a result of poor performance from its latest title, Disney Epic Mickey 2: The Power of Two, and while we don’t have official word that the studio has closed because of that, it is the most likely culprit.

A tweet came out from Robert Space Industries, the crowd funding platform behind the upcoming Star Citizen, which said, “Fare-the-well Junction Point! We hope that you all find new studios soon!” The tweet has since been removed, noting that it was only posted because MyNintendoNews.com reported that the studio would be closing down within the week. They stated that the presumed reason for the shut down would be the underwhelming performance of The Power of Two, as it only sold 270,000 units in North America, a far cry from the original’s 2 million copies sold in North America and Europe.

Some people are arguing that the studio was doomed before the game was even released, noting that the entire development team and staff had two-months off once the game had wrapped. That’s not normal for any industry; people usually go back to work on other parts of upcoming projects or are found other roles, so perhaps they should have seen this coming.

We’re looking into getting more information, but aren’t expecting to have anything major unless the rumour turns out to be true. As far as we know, Junction Point hasn’t seen its office doors open in a while. 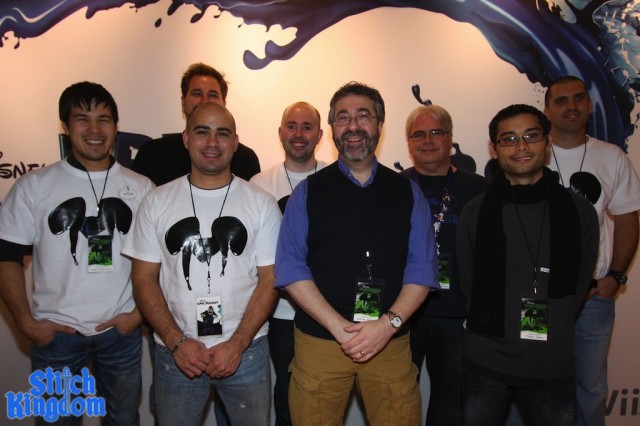 Some of the original Disney Epic Mickey team.