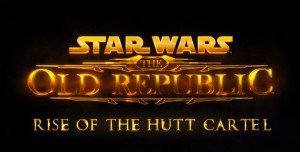 In the first expansion for Star Wars: The Old Republic, we don’t really know what to expect at this point. While the game add-on is launching this spring, we’re quite unsure of the details around the playability of the game.

What we do know is that the trailer for Rise of the Hutt Cartel, despite lacking any true clarity on what we’re doing in the game, is awesome. It really emphasizes the story-driven nature of Star Wars, and more specifically, The Old Republic. This is a massive game with a ton of things to do, and the story doesn’t take a back seat to any of it.

We’re introduced to a massive change happening within the universe and the ramifications of that change. We’re also being given direction that Hutts will obviously play a massive role in the game, and bringing a classic and iconic Star Wars species into the fold can’t be a bad thing.

It is a bit worrying about how well the character models for the various Hutts will be done because they tend to be a very slimy, bumpy creature. Getting the right texture, gloss, shading, and shadows going will certainly be a challenge, especially for a game that is already not the best looking on the market (though it is top of its game in the MMORPG genre).

After the slow but story-driven opening to the trailer, there is plenty of the typical fast-paced but too-quick-to-notice-anything-spectacular action sequences. They look good, though lightsaber movement still regrettably looks like hexagonal swings of sorts, but we suppose that’s built into the game, not the expansion’s fault.

Take a look at the trailer below and let us know what you think. Will you be picking up Rise of the Hutt Cartel, or have you stopped playing The Old Republic altogether already? Sound off below, or on Facebook and Twitter!