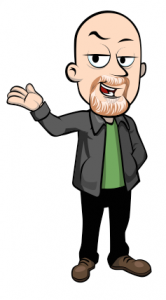 One of our favourite games growing up was Commander Keen. In fact, Erika took a look at it in one of her Retro Renegade segments and loved the little guy all over again. Well, the game’s creator, Tom Hall, has announced his return to fun sci-fi platforming with Worlds of Wander and Secret Spaceship Club.

The creation tool looks basic because of its retro-style graphics, but it also looks ridiculously full-featured at the same time. Every object and person has a little piece of script associated with it (called Wander Script) that let’s the designer make it do whatever they want. There’s also a really great feature that lets you record demos and videos of you playing the game or having characters do certain things so that you can advertise and show off the game to your friends.

The coolest thing about all of this is that Tom has mentioned that he and his team are dedicated to bringing the creator and games to all desktop and mobile platforms. How committed, you ask? So committed that it’s already been done.

The first title Tom has created with the game is called Secret Spaceship Club and this is the part that is the spiritual successor to Commander Keen. We don’t have a lot of details other than the fact that you are one of two characters that are brought into this mysterious club and have to stop the bumbledybomb, a device set to annihilate the galaxy. The character sprites look like they’ve got the Keen aesthetic to them, too, so we can’t complain.

Worlds of Wander and Secret Spaceship Club are both available to be funded by you via Kickstarter, in a single project. For $15, you get a copy of Secret Spaceship Club, but no level editor, which means you can’t check out other people’s cool games. Add another ten bucks and you add Worlds of Wander, the editor, to your bundle and you’ll be participating in the beta of the software as well! The game isn’t slate for release until early 2014, but if you get your early-bird pledge in now, you’ll be playing the beta well before that!