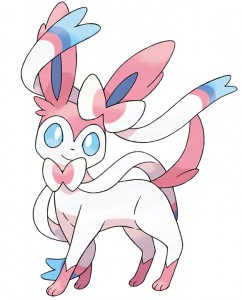 Nintendo and The Pokémon Company have announced that Sylveon is the first new Pokémon we’ve seen in Pokémon X and Pokémon Y, debuting this October on Nintendo 3DS.

The new creature is actually the eighth possible evolution of Eevee, as you might have guessed from the naming nomenclature. Called Ninfia in Japan, we don’t know Sylveon’s exact type yet, but rumours are floating around that it is a bug type or could be a new type, likely called the fairy type.

Eevee is a normal-type Pokémon that can evolve into one of many different creatures, including Jolteon, Flareon, Vaporeon, Espeon, Umbreon, Leafeon, Glaceon, and now, Sylveon.

Sylveon itself is actually quite a beautiful Pokémon, and the new animations in Pokémon X and Pokémon Y really bring the character to life with its floating ribbons and bows.

Nintendo has also released a video of Sylveon in action, and while we’re a bit worried about the sound quality, the game is still quite far from release, so we’ll just ignore that for now. Take a look at the video below and let us know what you think of Sylveon! 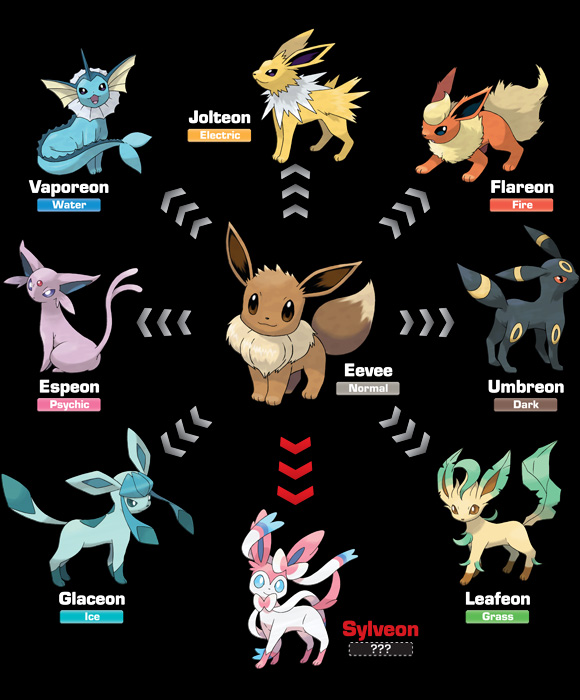