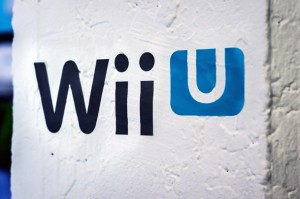 Sales figures reported by NPD Group (sort of) have pegged Wii U’s January sales at around 57,000 units. That is not only slow pace for a new console, but any main home console, considering the Xbox 360 and PlayStation 3 sold 260,000 and 120,000, respectively, according to EEDAR.

The Wii U even trailed Nintendo’s own 3DS console, which managed to sell more than double the number of units, at 120,000 sold in the month. That makes a bit more sense since the handheld has two varieties, regular and 3DS XL, as well as the fact that the price is $169 at its cheapest. There have also been a wealth of games released for the 3DS recently, including the critically acclaimed (even though we didn’t love it) Fire Emblem: Awakening.

Ubisoft’s exclusive Rayman Legends also became a multi-platform title this month, much to the chagrin of gamers and the developers of the title, and it is coming to light that perhaps poor sales are why the game needs to be available to more consumers.

Look at all those characters. Franchises everywhere.

Nintendo easily had one of the strongest launch line-ups in gaming history, but since then, there haven’t been any wealth of games released. They’ve been holding a lot of Nintendo Direct presentations lately, the most recent of which was this past Wednesday, to make sure people know that there are plenty of games on the way, but we’re not sure it’s doing much.

The issue seems apparent to us: games that properly utilize the Wii U game mechanics like the GamePad are not being transparently developed. Off-TV gameplay is fun, but Nintendo promised unique ways to play games, and we haven’t seen anyone deliver yet. They’ve seemingly solved the problem of some third-party support, with both Call of Duty: Black Ops II and Assassin’s Creed III available for the console, but there’ve been no rumblings of continued support once the next-generation of consoles from Sony and Microsoft arrive. 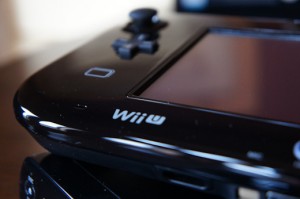 Nintendo is actually doing a good job getting a lot of first-party content out there in a relatively timely fashion. Pikmin 3 is slated for Spring (though we still don’t have a release date), there are two Marios and two Zeldas on the way at E3 this year, as well as Super Smash Bros., a new Yoshi title, and some Nintendo-published games like Lego City: Undercover even sooner.

Unfortunately, the trouble for Nintendo is that the perception is that the console they launched back in November still has relatively the same game library as it did a few months ago. The expectation wasn’t set that games would be pushed back so far in the launch window, and that others would become non-exclusive after almost a full development cycle. There are a lot of things wrong with that, and unfortunately, this perception could be what drowns Nintendo.

We love the Wii U. We could do without the software updates and slow loading times, but the library at launch was solid, and even though the list of games hasn’t changed much, that doesn’t make the collection of games available any less awesome. 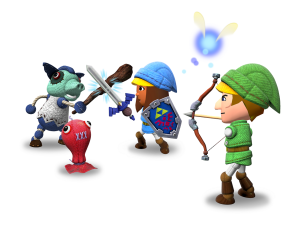 Zelda games are good, but bring on a full experience!

What lessons can Nintendo take away from this? Well, the company has gone through growing pains before. The wildly-popular Nintendo 64 was followed up by the still popular, but not quite as much GameCube. They could be experiencing the same thing with the Wii transitioning to Wii U, but we have every faith that Nintendo can get out of the slump.

Our best advice is to continue pumping out great games and getting them to consumers when they’re ready. Rushing games won’t help at all, but slow development won’t either. Get us Super Smash Bros. and Zelda Wii U when they’re ready to be released, but don’t let that be three years from now.

Then, court more third-party developers and pay if you have to get Grand Theft Auto V or Destiny or the next Call of Duty on the console. Do what you have to in order to make sure that the Wii U ends up with an incredible library that isn’t back heavy like the Wii’s.