It’s time to whip out the money you keep set aside for concert tickets. You may also need a bus ticket, but it will be worth it.

On June 29, City and Colour will be headlining a show at The Commons (at Butler’s Barracks National Historic Site) in Niagara Falls. Alongside Metric, Jimmy Eat World, Serena Ryder and Yukon Blonde, this will be a concert you won’t want to miss.

Tickets go on sale through ticketmaster this coming Friday, March 1.

Three-time Juno winner Dallas Green, better known as City and Colour, puts on an amazing show. His last tour sold out on the first day tickets were available, so be sure to move fast if you don’t want to miss them.

If you aren’t familiar with Metric, check out the song “Raw Sugar”, have a good dance to it, and keep listening. Their latest album is titled Synthetica, and you can actually hear the full album on their site, ILoveMetric.com.

And for nostalgia, you know you want to see Jimmy Eat World. While they’re best known for their single “The Middle”, released in 2001, they haven’t really slowed down since. They released a new album in 2010 and have another in the works.

Serena Ryder’s unique voice, along with intimate lyrics and wonderfully catchy tunes come out just as great live as they do in your headphones. Ryder has also won a Juno, among other music awards and honours.

You may have caught Yukon Blonde at NXNE last year, and if you didn’t, now is the time. Check out their most recent album, Tiger Talk, on their website. 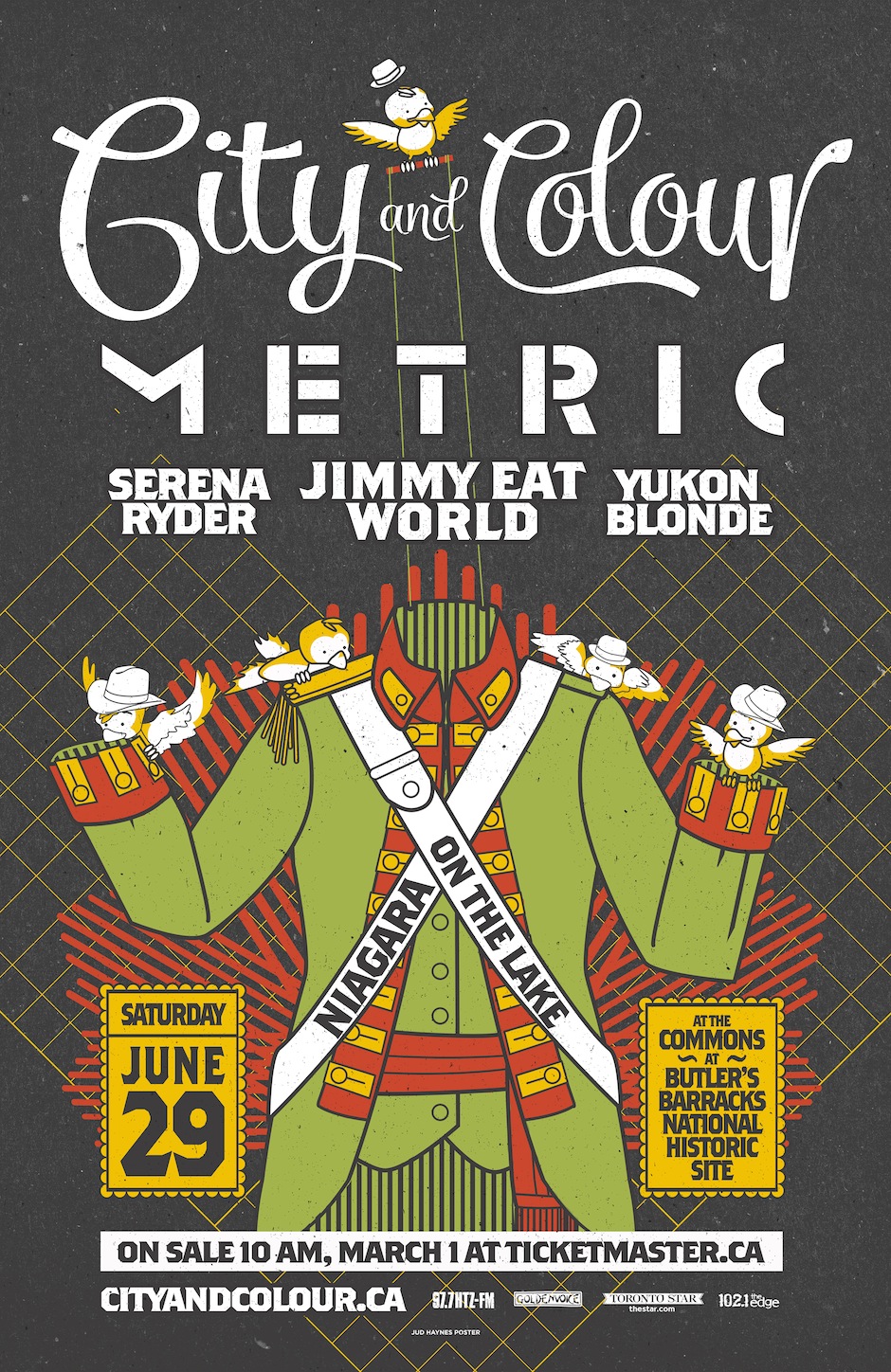