We usually do a segment called The Eggplante Top Ten, but this list is a bit smaller and more exclusive. Sure, there have been dozens, if not hundreds, of limited edition consoles released over the years, but this list is more selective because there are only a small handful that we truly care to remember. And with that, we present our top five: 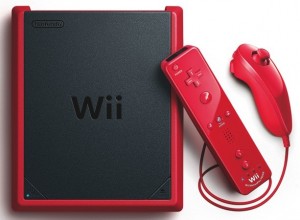 5 ) Wii mini – Yes, we’re serious that Wii mini made this list. We know it isn’t everyone’s favourite console, and it certainly isn’t ours, but the fact of the matter is that it is unique to Canada. The Wii mini was also a rare change in the traditional design of the traditional Wii, and the fact that it was only released in a single territory for a limited time makes us love it even more. No, we won’t actually use it to play games even though that’s really all it can do, but we do have one all boxed up and protected because we love the having a Canada-only console exclusive. Honestly, though, if you can buy one, don’t. It sucks.

4 ) Star Wars Xbox 360 – It’s very – no, extremely – difficult to argue with a console that not only looks like R2-D2, but also makes sounds like him. Everything about this limited edition Xbox 360 was incredible. The console got a beautiful paint job, not just a few new logos on it, the controller was shellacked in metallic gold so that C-3P0 wasn’t left out of the party, and the console made sounds that only R2 himself could decode. Oh, and it came with a white Kinect sensor that you can only buy with a white Xbox 360. It was a brilliant piece of marketing to go alongside a not-very-brilliant game, Kinect Star Wars, and it made fanboys of both Xbox 360 and Star Wars cry out in amazement.

3 ) Pokémon Center Game Boys – There were actually a few dozen different limited edition consoles made through the years, beginning with the Game Boy Light (known as the Game Boy Pocket outside of Japan). Our favourite of all the Pokémon Center variants are the Celebi and Suicune Game Boy Advance units that you could likely only buy for a ridiculously inflated price online after they sold out in stores. That was also the next generation of Pokémon games at the time, so they were super hot commodities. In fact, trying to get one of those units now will cost as much as $400 when you factor in the quality of the box, manuals, and unit itself.

2 ) Panzer Dragoon Orta Xbox – Something about simplicity always struck us as beautiful. When it comes to limited edition consoles, none were simpler or more beautiful than the Panzer Dragoon Orta Xbox. This white console featured a simple black line pattern on its to case, alongside the game’s logo, and a blacked-out Xbox jewel. It also came with a white controller-S. There was nothing special about the console other than its unique colour and design, but that’s what made it so appealing. This was also the most limited production Xbox console produced for retail, at just 999 units, and the lone unit selling on eBay right now demands just under a thousand smackers. 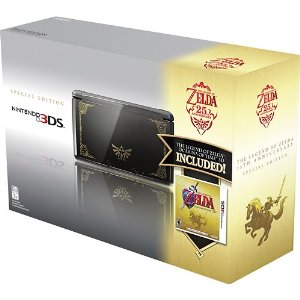 1 ) Zelda 3DS – Is there any surprise that Zelda made this list? Perhaps the fact that the console is actually a beautiful system plays a part, but we won’t deny that our Zelda-loving personality doesn’t hurt at all. This Nintendo 3DS caught our attention because, aside from the Zelda theme, it had small touches that made it unique. The colour is the standard Cosmo Black Nintendo 3DS, but the buttons are gold-coloured. The lid has beautiful gold decorations with ocarinas and harps, as well as the Hylian Crest. Even the regulatory text on the bottom is in gold and framed by an elegant pattern. It is also the only handheld we ever bought just to have rather than to play. Yes, we love it that much.

And there you have it. We love when console manufacturers team up with developers and publishers to make some sweet gaming kit. It’s not enough to bundle a console with a game anymore. Fan service is always appreciated. Without it, this list wouldn’t be possible.