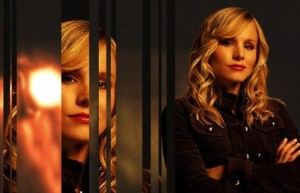 Kristen Bell and Rob Thomas have taken to Kickstarter to get the much asked for Veronica Mars Movie off the ground. Fans have spoken and, in record time, pledged over $2,000,000 to the largest Kickstarter goal in history.

The story goes that the movie has been in the works for years, but Warner Bros. never saw the project as worthy enough to fund. Still, creator of the series, Rob Thomas, would be asked at every interview about said movie. Well, a team of actors from the show including Kristen Bell, Enrico Colantoni, Jason Dohring, and Ryan Hansen, alongside Rob Thomas, took to the crowd-funding site and made the movie happen.

The video posting they put up is pure gold and has at least a half dozen cues from the show itself baked right in. If you’ve forgotten about the camera tricks and one-liners the Veronica Mars had to offer, the video itself is enough to make you want to donate.

Now is not the time to stop, however, as the more money that gets donated means there is more to love about the movie that does get made. Will there be enough for a worldwide theatrical release? Probably not unless the budget hits $50,000,000, but that’s not what we’re going for. We want Rob, Kristen, Rico, and the crew to make the best Veronica Mars film they possibly can, and deliver it to the fans. They know what they’re doing, and they’re doing it for us.

So, show your support, and keep on giving. There are tons of reward tiers, including tickets to the premiere and party, as well as roles as extras and the chance to name a character in the film.

Now that the project has been funded, Warner Bros. has agreed to put up the distribution costs to get as wide a release as is realistic for the film.