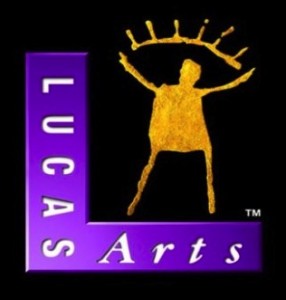 A monolith in gaming was laid to rest today. Disney announced this morning that LucasArts, after 31 years of business, would be closed. Staff were informed of the closure this morning, with over 150 people being laid off. The studio’s latest projects, Star Wars: First Assault and Star Wars 1313 have both been canceled.

Disney, who acquired the company late last year when it bought parent company LucasFilm, announced that the studio would be shuttered but that its existing properties could be farmed out to other studios and licensed from within the LucasArts brand.

LucasFilm said in a statement:

After evaluating our position in the games market, we’ve decided to shift LucasArts from an internal development to a licensing model, minimizing the company’s risk while achieving a broader portfolio of quality Star Wars games. As a result of this change, we’ve had layoffs across the organization. We are incredibly appreciative and proud of the talented teams who have been developing our new titles.

This news comes just a few months after Warren Spector was laid off from Disney and his studio, Junction Point, was closed.

We’re quite sad to hear the news as LucasArts brought us some of our favourite gaming memories of all time as well as some games we still return to quite regularly. We’re also quite worried about Disney’s apparent love for closing down studios. Sure, the company has often done what is best for creativity as well as its bottom line, but this decision seems to be hinging more on the latter.

It would be easy to say that we have faith in Disney going forward as they haven’t really managed to burn us in the past, but with its last few moves, we can’t help but be skeptical that they know what they’re doing. Time will tell what really happens with the Star Wars franchise moving forward, and perhaps it was a good idea to license out the LucasArts name and let another dev team slap something together, but we won’t know until the first games roll off the production line.

We’ll keep you updated with all the latest from Disney and (what used to be) LucasArts. We’ll also be compiling a list of our favourite LucasArts games in the coming hours, so be on the lookout for it as we reminisce our favourite games in the franchise.