Rest in Peace, LucasArts. You brought us many memories over the years, and they were easily some of our fondest in our early gaming years. Today, we look back over the joy you brought us through many a game.

10 ) Loom was one of the first SCUMM games we ever played. It wasn’t the quickest or the best of the bunch, but it introduced us to the worlds that LucasArts would create for years to come. It also had a musical component that we’d later equate to The Legend of Zelda: Ocarina of Time, and that would solidify its spot on this list.

9 ) Sam & Max Hit The Road was another SCUMM game we’ve played over and over again. Featuring a dimwitted rabbit and anthropomorphic dog as its protagonists, Sam & Max games to this day have some of the best dialogue of any game and offered some insane storyline twists and turns. Of course, this game was also a hell of a lot of fun to play.

8 ) Star Wars Episode I: Racer isn’t the first Star Wars game that usually comes to mind, but we played Episode I: Racer during the heyday of the Nintendo 64 and the start of the new Star Wars movies, both of which were magical times. It was also the closest we’d ever get to a real pod racer, or even better, having a full size Hydro Thunder arcade cabinet in our basement. 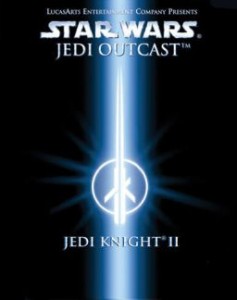 6 ) Star Wars Rogue Squadron II: Rogue Leader is a game we look back on with rose coloured glasses. Not only does Rogue Leader not hold up graphically now, we’re not sure it ever did. However, it makes this list because it was a launch title for Nintendo’s then-next-gen console, the GameCube. It was also the first time we were treated to 3D visuals, regardless of how pixelated they actually were. 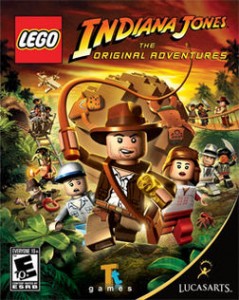 5 ) LEGO Indiana Jones: The Original Adventures breaks us away from our Star Wars-infested list (though not for long). Indiana Jones has long been one of our favourite characters, and the LEGO mashup served the franchise wonders. The game is still regarded as one of the best in the LEGO series, and with good reason: it built the platform for many other LEGO-based games that are in production today.

4 ) Star Wars: Rebel Assault brings us right back into the Star Wars universe as this game was the very first Star Wars game we ever played. The graphics were horrible, the audio even worse, but the game brought us hours upon hours of fun. It had no save system as far as we can remember, nor was it easy to setup alongside a joystick, but this was the epitome of hopping in an X-Wing and dodging boulders and laser fire. What a rush!

2 ) Day of the Tentacle is a sequel to Maniac Mansion, a game we hadn’t actually played before giving the affectionately-shortened DOTT a try. The beautiful thing about the story in Day of the Tentacle is that it was whimsically weird yet somehow based in the reality of history. How can you argue with a game that features porter-potty time machines, laser beams, and evil tentacles trying to take over the world? You can’t. Which is why this game is number two on our list.

1 ) Indiana Jones and the Fate of Atlantis is easily our favourite LucasArts game for a few reasons. It puts us in control of Indiana Jones as he embarks on probably one of his best adventures ever. The story centres around orichalcum, a metal found in Atlantis, and its mystical, paranormal properties. Fate of Atlantis was also the first game in our memory that gave us a real sense of choice, with players opting to choose one of three paths: wits, fists, or team-based. Each path resulted in the same ending, but the illusion of choice was mesmerizing. The game was mesmerizing.

So long, LucasArts. You will be missed.