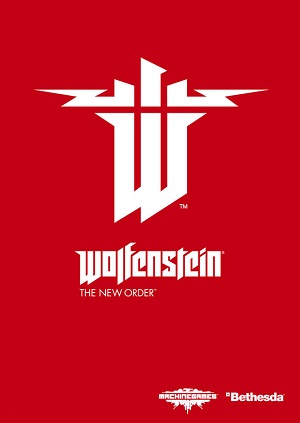 Regardless of how you pronounce it, Wolfenstein games have always been a treat, whether for their nostalgia, over-the-top storylines, or both. Enter Wolfenstein: The New Order.

In The New Order, developer Machine Games asks the question, “What if the Nazis won World War II?” Set in 1960, Wolfenstein: The New Order aims to answer the question, but don’t expect it to stop there. Don’t be surprised if there are hints of other ridiculousness that the series is known for, like particle cannons, thrown in for good measure..

The New Order takes place in the 1960s, where we have a bit of time to adjust to life after the Nazis have (presumably) taken over. The world, we’d assume, is in chaos, and we’ll be tasked to bring it back to the world we knew before.

Because of the nature of the game’s plot, Machine Games and publisher Bethesda Softworks have released a statement it clear that they are not, in any way, trying to trivialize the tragic events of World War II. Their full statement reads:

Wolfenstein®: The New Order is a fictional story set in an alternate universe in the 1960s. Names, characters, organizations, locations and events are either imaginary or depicted in a fictionalized manner. The story and contents of this game are not intended to and should not be construed in any way to condone, glorify or endorse the beliefs, ideologies, events, actions, persons or behavior of the Nazi regime or to trivialize its war crimes, genocide, and other crimes against humanity.

There will be no multiplayer mode for the game planned, which seems like a natural move considering the original Wolfenstein game was man vs. PC. With that said, we would have liked to see how the multiplayer component of the game could’ve stacked up if it pit a Nazi team against those fighting to escape their hold.

Expect Wolfenstein: The New Order to hit PCs this holiday season, including both current- and next-gen varieties of consoles, though no Wii U support has been announced. We’re expecting to see more of the game at E3 2013.