As we predicted, this latest Nintendo Direct event was rather lightweight. There weren’t really any showstopping game announcements like there were throughout previous 2013 broadcasts, and most of the presentation simply expanded upon games we already knew were in development for both Wii U and 3DS. Still, there’s some noteworthy nuggets for the Nintendo faithful, so in case you missed the broadcast, or just want a recap of the highlights, we’ve assembled everything you need to know about the May 17th, 2013 Nintendo Direct right here!

Those clamouring for Nintendo to increase their presence with third parties got the presentation kicked off with some good news, and for children of the 80’s and 90’s, some news that would have shaken the gaming world to its core back in their youth! Once their industry nemesis, now their new best buddy, Nintendo has announced that they have entered into an exclusive partnership with Sega! Yes, you heard right; Nintendo and Sega have struck up an exclusive partnership! Younger and newer gamers may not see this as a big deal, but to longtime gaming enthusiasts, this is a landmark announcement that their inner children probably got their minds blown on! 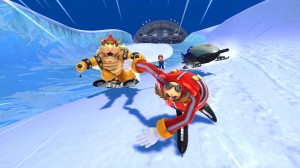 This announcement was accompanied by the lone newly-announced game in the broadcast that wasn’t previously leaked; Mario & Sonic at the Sochi 2014 Olympic Winter Games. Have fun asking for that title at your local Gamestop, folks! Anyway, initially announced exclusively for Wii U (though we imagine a 3DS port is probably very likely to be announced later), it was a pretty predictable announcement for the new Nintendo/Sega partnership, but to fans of the previous Mario & Sonic at the Olympic Games titles, it was no doubt good news that the next Winter Olympics would be accompanied by another sport-themed team-up of the Mario and Sonic the Hedgehog franchises. The high-definition graphics were pretty sharp-looking, and the events looked entertaining enough to justify another game, particularly with the promise of bringing the crossover brand to Wii U for the first time. Returning events from the last Winter Olympics release include skiing and snowboarding, with pairs’ figure skating being a new attraction (and humourously demonstrated with Peach and Bowser Jr. of all pairs!). There will be a ‘Green Events’ mode that allows players to play events in stages taken from both the Mario and Sonic the Hedgehog franchises, and, as expected, some events will use the Wii U Gamepad functionality. An example shown was curling, where players use the Gamepad’s stylus to draw a route for their curling stones. Lastly, while players have the option of playing with the Wii U Gamepad, the game will also support Wii Remote Plus controls even when playing solo, with a Wii Remote Plus predictably being necessary to play events with more than one player.

There was another new announcement, and a more exciting one to come from the Nintendo/Sega partnership, albeit one previously leaked. This was Sonic: Lost World, a game that had its trademark outed recently when a scooper spotted Sega’s application for it. The game was made official during this Nintendo Direct broadcast, where the only confirmed details were that it would be a blend of both action/adventure and platforming, suggesting that it could be an open-world style Sonic the Hedgehog game, further reinforced by the nature of the subtitle. The game was later confirmed to be arriving for both Wii U and 3DS exclusively, albeit without a firm release window at this point. It’s possible that the game could release this year however, since Nintendo has confirmed that they will be speaking more about the game leading up to E3 2013.

Finally, Nintendo announced a serious boost to the 3DS Virtual Console’s GameGear selections coming soon, which should leave enduring Sega loyalists with plenty of reasons to be happy with the team-up, going forward! 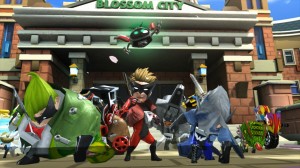 Nintendo’s tendency to be quiet on release dates was partially remedied today, when they finally confirmed two vague release dates for two of their most hotly-anticipated Wii U offerings. The first was the PlatinumGames-developed and Nintendo-published Wii U exclusive, The Wonderful 101, originally planned for the console’s launch window, but now officially dropping on September 15th, at least, in North America. Europeans get the game earlier, on August 23rd. Finally, we have a solid date for what is arguably Wii U’s most hotly anticipated new IP! Sadly, it wasn’t accompanied by any word from PlatinumGames on the progress of Bayonetta 2, the Nintendo-published and Wii U-exclusive sequel to the Sega-published Bayonetta, which released on the Xbox 360 and PlayStation 3 to kick off 2010. Hopefully, some Bayonetta 2 news will come out of E3 in June! 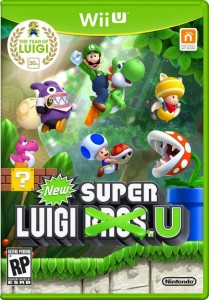 OH OLIMAR, WHERE ART THOU?!

Gamers were already no doubt aware that Olimar wouldn’t be returning to the protagonist role in Pikmin 3. During this Nintendo Direct, we finally learned the identity of the new lead character, or should we say, characters. Yep, players will command three characters simultaneously in Pikmin 3; Captain Charlie, Alph and Brittany. They need to enlist the aid of the Pikmin to save their world from disaster.

The gameplay mechanics were shown off, specifically how players will manage all three characters at once. More detail was shown with the Wii U Gamepad functionality, which will allow players to survey a map of the surrounding area as they touch the screen. We were also reminded that Pikmin 3 supports Wii Remote Plus control, and that, should players choose, they can use the familiar control scheme of the Pikmin and Pikmin 2 re-releases on the Wii, using a Wii Remote Plus and Nunchuk, and simply using the Wii U Gamepad as a ‘monitor’ that can help them keep tabs on the surrounding area. There was also a multiplayer mode and a challenge mode teased beyond the main gameplay, but it looks like Nintendo is waiting for E3 to announce more on these modes.

Lastly, Pikmin 3 was also finally given a European release date during the European broadcast of this Nintendo Direct, where it will launch on July 26th. This makes three Wii U games (if you count the retail package of New Super Luigi U) that will launch in Europe before arriving in North America (us Canadians and our American neighbours will be getting Pikmin 3 on August 4th). The reasoning for this is a mystery, but European gamers will no doubt delight in getting a leg-up over the North American user base when it comes to this Summer’s hottest Wii U releases!

I’M GETTING A SENSE OF DEJA VU…

One of the most disappointing elements of this particular Nintendo Direct is that a lot of it was filler. Nintendo is clearly sitting on several E3 bombshells, and that meant having to fill the seemingly mandatory half-hour runtime of this Nintendo Direct with whatever they could. The result was a pointless explanation of how to use the level editor in Mario and Donkey Kong: Minis on the Move, a game that is already publicly available as of May 9th, exclusively on the 3DS eShop. Seriously, Nintendo? Seriously?

The other games touched upon were Game & Wario, releasing exclusively for Wii U on June 23rd in North America and June 28th in Europe (Europe actually doesn’t get this one first), and Donkey Kong Country Returns 3D, releasing exclusively for 3DS in all territories except Japan on May 24th, with the Japanese version said to be arriving later this Summer. Game & Wario showed a few minigames involving Kat & Ana and Little Cricket, but it wasn’t terribly exciting. Likewise, we were simply reminded of the extra features arriving in Donkey Kong Country Returns 3D, specifically, an easier difficulty and an exclusive ninth world, neither of which are available in the original Wii version, before having its imminent release date re-affirmed. Again, it was filler, and not terribly interesting.

Like we said, this particular Nintendo Direct was something of a let-down, especially since Nintendo very rarely resorts to filler in their broadcasts. It’s somewhat understandable however, since they’re no doubt having to save the majority of their announcements for E3, which begs the question as to why they bothered with this broadcast, but, whatever. We still got a couple of good nuggets, such as Nintendo’s partnership with Sega, the confirmation that Sonic: Lost World is exclusive to Nintendo platforms, not to mention long overdue release dates for The Wonderful 101 and New Super Luigi U. Even the fact that New Super Luigi U would be getting a special retail package was kind of neat, despite that it’s $10 extra compared to its downloadable counterpart. Lastly, Nintendo of America president, Reggie Fils-Aime once again snuck on to the very tail end of the broadcast for a surprise announcement; That Nintendo has partnered with Best Buy to allow a week-long showcase of upcoming unreleased games on both the 3DS and Wii U, all across the U.S. and Canada. This should be superb news to many people, since it allows them to experience the buzz and excitement of E3, even if they can’t attend the expo! That’s very nice of Nintendo, we must say!

Don’t mistake this as Nintendo having nothing up their sleeve though! The Big N has made it clear that they have a vast array of E3 plans, even without a dedicated press conference this year. For the expo this year, they’ve already confirmed that they will be showing off first images from the upcoming fourth Super Smash Bros. game, releasing on both Wii U and 3DS some time in the future, as well as announcing a new three-dimensional Mario platformer for Wii U, rumoured to be releasing before the end of this year. Other confirmed Wii U plans include continued coverage of Pikmin 3 and The Wonderful 101, the announcement of a new Mario Kart game for Wii U, and more concrete details for upcoming Wii U remake, The Legend of Zelda: The Wind Waker HD, releasing before the end of this year, likely among other surprise announcements. Likewise, Nintendo will be showcasing lots of high-profile 3DS games, including Pokemon X and Pokemon Y, the recently-announced sequel to The Legend of Zelda: A Link to the Past, Mario Golf: World Tour, and Mario & Luigi: Dream Team, again, likely among other announcements.

Our editor-in-chief will be at the show to experience the excitement first-hand, with I, Brent Botsford, staying behind and working overtime to make sure all of the best news makes it to the site as it develops. For all of the hottest E3-related news, as well as detailed rundowns of future Nintendo Direct broadcasts, and the remaining E3 press conferences by EA, Ubisoft, Microsoft, Sony and Konami, keep your browsers locked to Eggplante!